Healthier Holiday Eating: How To Do It

Home » Healthy Lifestyle » Healthier Holiday Eating: How To Do It

This time of year, there are often lots of gatherings and celebrations, which means lots of good food and treats. It can all get overwhelming and many fan-favorite recipes aren’t exactly the most healthy. However, you shouldn’t have to go cold turkey on deliciousness. For healthier holiday eating this year, here are the best tips:

When it comes to baking, it can be tricky to figure out how to make a recipe healthier. Sugar is needed for browning and texture, as well as taste, so you shouldn’t just take it all out. However, did you know that in most baked good recipes, you can very easily reduce the sugar by up to ⅓ without affecting the end result? Add in other spices for flavor, such as cinnamon, vanilla, nutmeg, cloves, and so on. Spices will bring out the sweetness you’ve left in and give healthier holiday eating more complexity.

If you’re really wanting to get rid of refined sugar, consider replacing it with stevia. This is a 0-calorie natural sweetener. Because it’s so much sweeter than sugar, you use much less. In baked goods, you will need to adjust other ingredients. For every cup of sugar you remove from a recipe, you need to add ⅓ of a “bulking” ingredient such as yogurt, fruit juice, egg whites mixed into water, or applesauce.

Cut down on salt

Many savory dishes around this time of year contain a lot of salt, so if you’re watching your consumption, you can easily cut the salt by half or more. We don’t recommend getting rid of salt entirely for the sake of flavor. If you aren’t using much salt, be generous with other spices and herbs.

Wanting to cut down on the saturated fat in your baked goods? Reduce the amount of oil, shortening, or butter by half and replace with a fruit substitute, like unsweetened applesauce or mashed banana. These days, you can also pretty easily find plant-based butters.

Use cacao nibs instead of chocolate chips

If you have a recipe that uses chocolate and want to make it a bit healthier, simply replace the chocolate chips with cacao nibs. Nibs are still chocolate – just unprocessed – with less fat and sugar. They also contain antioxidants. They have a more bitter flavor, so bear that in mind when using. You can neutralize that bitterness a little by toasting them in a dry skillet. 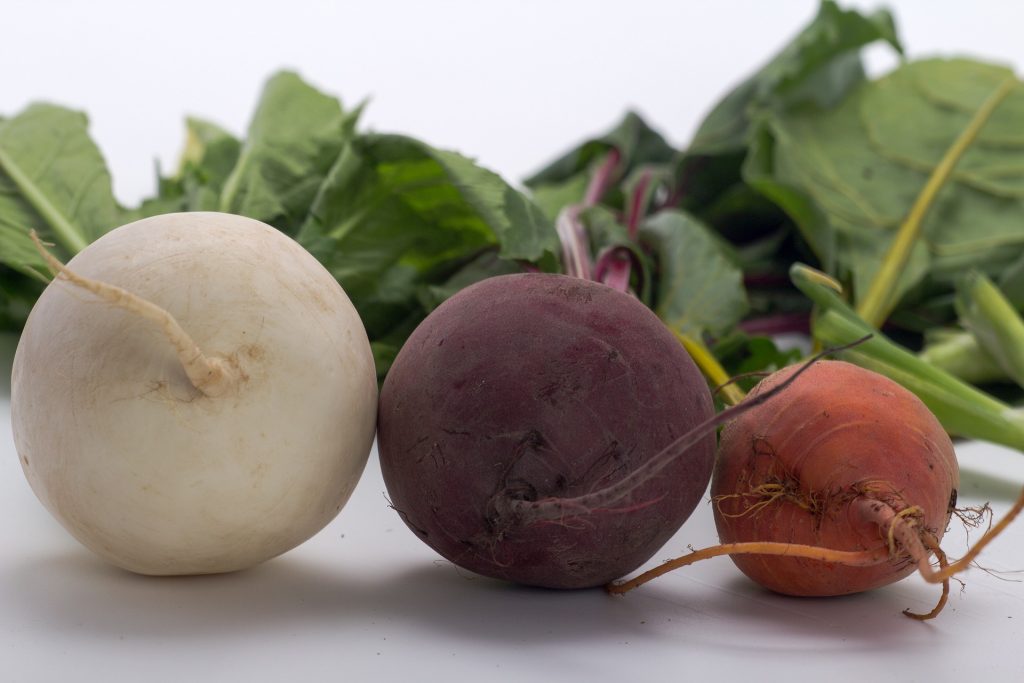 Around this busy time, maybe you don’t want to change your recipes too much. For healthier holiday eating, one of the easiest things you can do is simply use more vegetables. In a dish with meat, reduce the amount you use and replace with more veggies. There’s lots of great seasonal produce such as beets, Brussels sprouts, broccoli, cabbage, parsnips, sweet potatoes, and more.

If you’re somebody who usually goes all out around the holiday season with treats, you can make this time a bit healthier by just being pickier. Instead of making four kinds of baked goods, choose the one that you really love. For a gathering, instead of worrying about making a big spread of options (most of which will probably go uneaten), choose just a few things. Not having so much to bake and cook will also significantly reduce your stress.

Planning on decorating sugar cookies this year? Here’s everything you need to know.

Meals You Can Cook in Your Dishwasher