Holiday Office Parties Will Be Changed This Season

Home » Our World » Holiday Office Parties Will Be Changed This Season

With the coming of the New Year, each spin around the sun comes with its own personality. Cultural shifts in thought and more’ change us all, whether it be in ways great or small. The news is full of this year’s cultural shift, leading to changes in the way we interact with each other. In the long run it will make us better people. In the short run, one accusation of sexual impropriety after another makes us uneasy. Every business entity must examine how its culture succeeds and fails. Employer and employee alike must examine their own words and actions. The Holiday office party held next month will, most likely, be different than in the past. Here are some ways your office soiree may change. 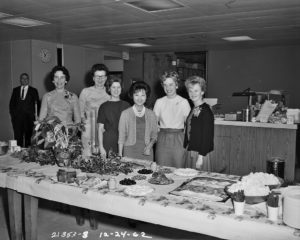 Times have changed since the lavish holiday parties of the 60s

1. It is Possible There Will Be No Party At All: While most companies are still going to offer up a party for their workers, a growing minority are not. In 2016, just 4% of businesses completely eschewed the Holiday office party. This year, 11% are skipping the festivities. Since such records have been kept, only 2009 saw fewer office parties celebrating Christmas, New Year’s Eve, or both.

2. Your Plus One May Be a Minus One: According to The Street, twenty two percent of the companies who invited you to invite another to the party are foregoing the practice. The atmosphere is easier for the boss to control when he/she is only dealing with the employees. The same can be said for the boss controlling himself or herself.

3. The Budget For the Holiday Office Party is Shrinking: Fewer outside guests means less of a need for outside caterers, servers, or cleanup personnel. While this may not greatly affect the possibility of misbehavior it can’t hurt. The office bean-counters are all in favor of this one, but their satisfaction pales in comparison to liability issues. 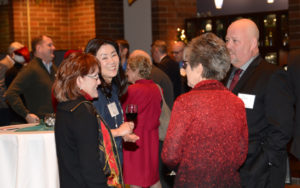 4. Expect Your Holiday Office Party During the Workday: Controlling behavior in a party setting is largely a function of controlling the mood and atmosphere. Throwing a catered shindig in a hotel ballroom or convention center sends a certain message. Throwing a party in the office says something else entirely. It says, “Let’s have a great time, and enjoy each other’s company…but know, too, that you are at work.” It can be subtle thing, but from such subtlety comes better behavior.

5. Alcohol? To be sure, almost half of the office parties held this year will involve the availability of alcohol. However, that’s way below the 69% of party hosts who served booze just last year. Behavioral experts may argue about what contributing factors go into sexual impropriety in the workplace. No one doubts for a minute that alcohol and misbehavior go together like gin and tonic.

Can I Call You a Ride in Lieu of an Uncomfortable Trip Home? Many companies are hiring taxis or a fleet of Uber and Lyfts as a way home for partygoers. A high percentage of sexual assault claims are from nothing that happens at the party…but everything that happens in the car on the way home. There used to be a saying at Catholic school dances. “Step back and leave room for the Holy Ghost.” Today’s employee is encouraged to step back from the co-worker’s car and into a car share selected especially for them.

‘The statistics we’re seeing are due to news reports of sexual harassment and assault at work. The company party is a way for employers to celebrate the accomplishments of their workers. It should boost morale and encourage workers. It should not put anyone in an uncomfortable situation.

In the current climate it may be the employers who are the most uncomfortable. After all, careers and personal reputations are falling all around. Poor behavior by some has become suspicion all around. Maybe that is the way it should be, but the holiday office party will never be the same. Enjoy your party, though. Namaste’ from Gildshire to you.

Down The Stretch They Come! NFL Playoff Push