Home » Healthy Lifestyle » How to End a Toxic Friendship?

Ending relationships is not an easy task even if it’s a toxic relationship that’s not serving us at all. How to end a toxic friendship in the most mature way?

We all had or have some friends that are completely toxic for our well-being. At times we might realize that, but we accept it or we want to leave a relationship but we are not sure how to leave.

What is a toxic friendship? A toxic friendship is someone who is draining your energy usually with their negative vibes. Those friends often have problems, and it feels like they are struggling to put their life together. Or their life might be fine, but they are still focusing on others and issues others might have in life. They gossip often and talk negatively about others.

When you go out with those friends you might end up having a headache or just feel completely drained after a conversation with them. It’s time to leave the friendship behind and here is how?

It’s About You Not Them

Make it about what you want in life not how wrong they are in the way they think or communicate. Too often people start finger-pointing stating how someone wronged them when they are ending any relationship. If you start blaming the other side, they will automatically start defending themselves.

When you start finger-pointing while saying “You are such a…” it’s very much possible that the argument will escalate to the point that it might get really ugly.

One of the reasons why people don’t want to end toxic friendships is the fear that it might get really ugly. Regardless of what the other person is saying or doing and what’s making them toxic, you should avoid talking about it because it’s almost natural that people will defend themselves and start making excuses. Instead of starting the sentence with “You are…” start the conversation with “I felt… when …. happened.” You are focusing on how you feel and what you want from friendships not what the other person is doing wrong.

Owning your feelings and taking a part in responsibilities can be a freeing experience and it’s less likely that the other person will feel called out for negative behavior. Shaming and blaming can only create conflict which can lead to further frustrations.

Unfortunately, no matter the approach your friend might escalate the situation and the intensity of the conversation might become high. In that situation, the best option to leave the conversation with grace and without any inappropriate comments that you might regret later. 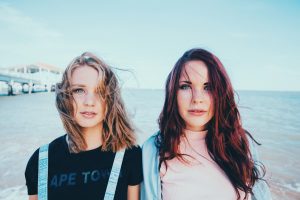 Acknowledge the Benefits of Friendship

Every friendship has its benefits and there is something positive in a toxic relationship too. Maybe your friend helped you at some point in the past. If there is something positive to share, make sure you do so. If that was a friend that you used to have a coffee with every Sunday acknowledge that you appreciated that time. If this person was there for you when things were tough, acknowledge that as well. If they took care of your dog when you were out of town, show appreciation.

Focusing only on the negative will leave you with a sense of freedom but bitterness as well. When we don’t focus on good things as well, we might feel like we did something wrong because that person did something good for us. Sometimes negative things overweight the positive but it’s important to acknowledge the positive ones.

You might leave a toxic relationship feeling hurt. You don’t know how the other person will react even if you do everything as planned. Don’t allow yourself to get caught in a conflict. You might feel angry and hurt but don’t use language that might hurt the other person. If you have been a victim of disrespect or if you have been hurt, it’s completely normal that you daydream about revenge.

Even engaging in daydreaming about revenge hurts your own mental health. Imagining revenge against someone you have negative feelings towards will be just a waste of time for you.

Forgiveness is the only way to move forward and to have a peaceful heart. Don’t allow the other person to have control of how you feel.