written by Emmaline Soken-Huberty May 6, 2021

Baseball is often called the most American sport, and while it was created here, it isn’t the oldest American sport. That honor belongs to lacrosse, though its original form was much different than what we see today. Like most (and you could easily say all) of Native American life, colonists changed the original game.

Versions of lacrosse and their names differed slightly from tribe to tribe among the eastern Woodlands and Plains. In Eastern Cherokee, the game was “little war,” while in Ojibwe, it was “bump hips.” The basic premise is simple: a ball is tossed in the air and two sides try to move it toward a goal with sticks, which had been softened and bent into the proper shape. Not every tribe used the netting or webbing that helps hold the ball. Carvings often adorned the sticks, which were so important that many hardcore players were buried with theirs.

Before starting a match, players decorated themselves with paint and charcoal, like they would for war. The night before a match, the opposing teams performed dances and what was essentially ritual trash-talking to intimidate each other. Right before the game began, each player placed a wager with items ranging from knives to horses. Hundreds played at one time, and the goals could be as far apart as six miles. These games lasted for days with play lasting from sunup to sundown. When a winner emerged, the prizes would be divvied up among the team members. Exhausted, the players were treated to a ceremonial dance and huge feast. 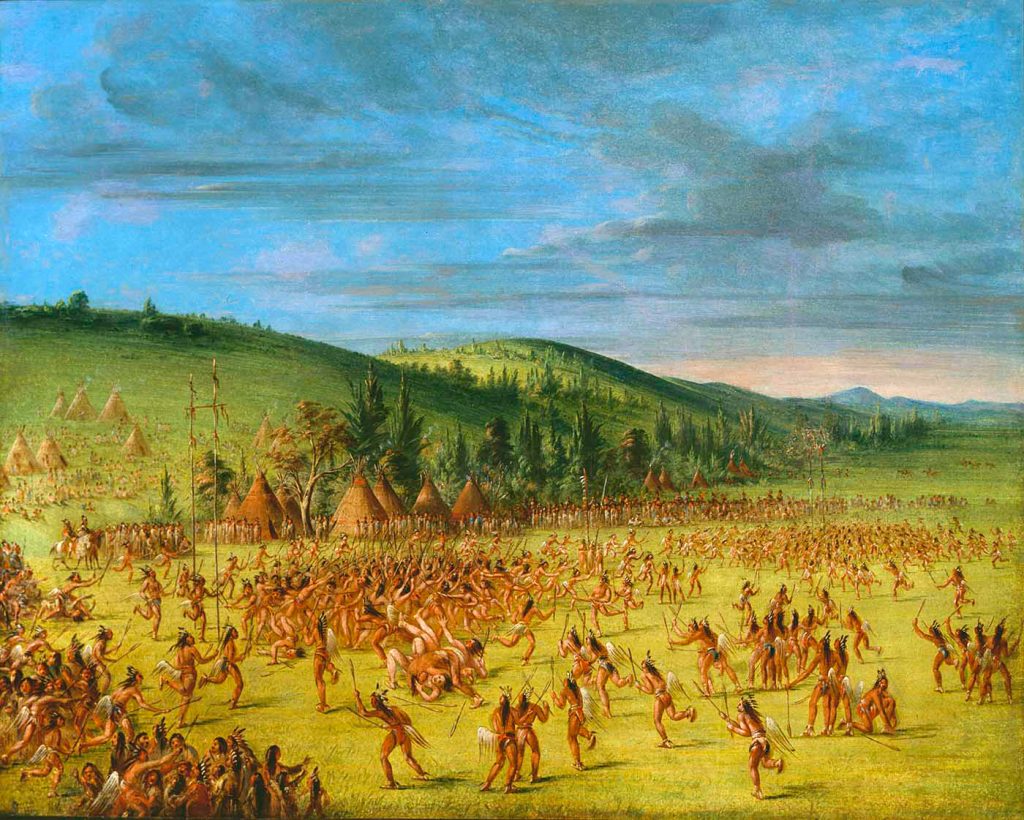 The First American Sport: Painting of a massive lacrosse game

French Jesuits during the 1630s were the first Europeans to watch lacrosse. They were horrified at what they perceived to be a violent mob fighting over a ball. The players didn’t even wear protective equipment. The missionaries were also displeased with the wagering. One of these men, Jean de Brebeuf, gave the sport its name, though “crosse” referred to any game Native Americans played with a ball.

European colonists that weren’t missionaries found themselves drawn to the game and would get involved in betting. By 1749, French colonists were trying their hand at playing. For the Native Americans, however, lacrosse wasn’t just a pastime. In 1763, they invited British troops to watch a match, but then the players strategically moved toward the gates and swarmed in, massacring everyone inside. As the native peoples of North America succumbed to disease, violence, and other effects of colonialism, and non-natives tweaked with the rules, the original lacrosse faded away.

A Canadian dentist created the more modern form of lacrosse in 1856. He founded the Montreal Lacrosse Club and added rules like restricting the number of players, changing the ball from wood to rubber, and shortening each match’s length. By the 1860s, lacrosse was Canada’s national game. As non-natives began to dominate the game, natives were excluded as “professionals” from international competitions for over a century. In the 1980s, the Iroquois Nationals formed, and the team was finally eligible for the World Games.

Lacrosse’s popularity among non-Natives grew exponentially over the years. It appeared in the Olympics in 1904. Today, there are four types of lacrosse: box, which is played with just 6 players per team; “mini-lacrosse,” which is intended for beginners; men’s lacrosse with 20 total players; and women’s lacrosse with 22 total players. Women’s field lacrosse most closely resembles the original game with its use of wooden sticks, no protective gear, and the strategy of swarming the ball rather than playing the game with set positions like soccer. 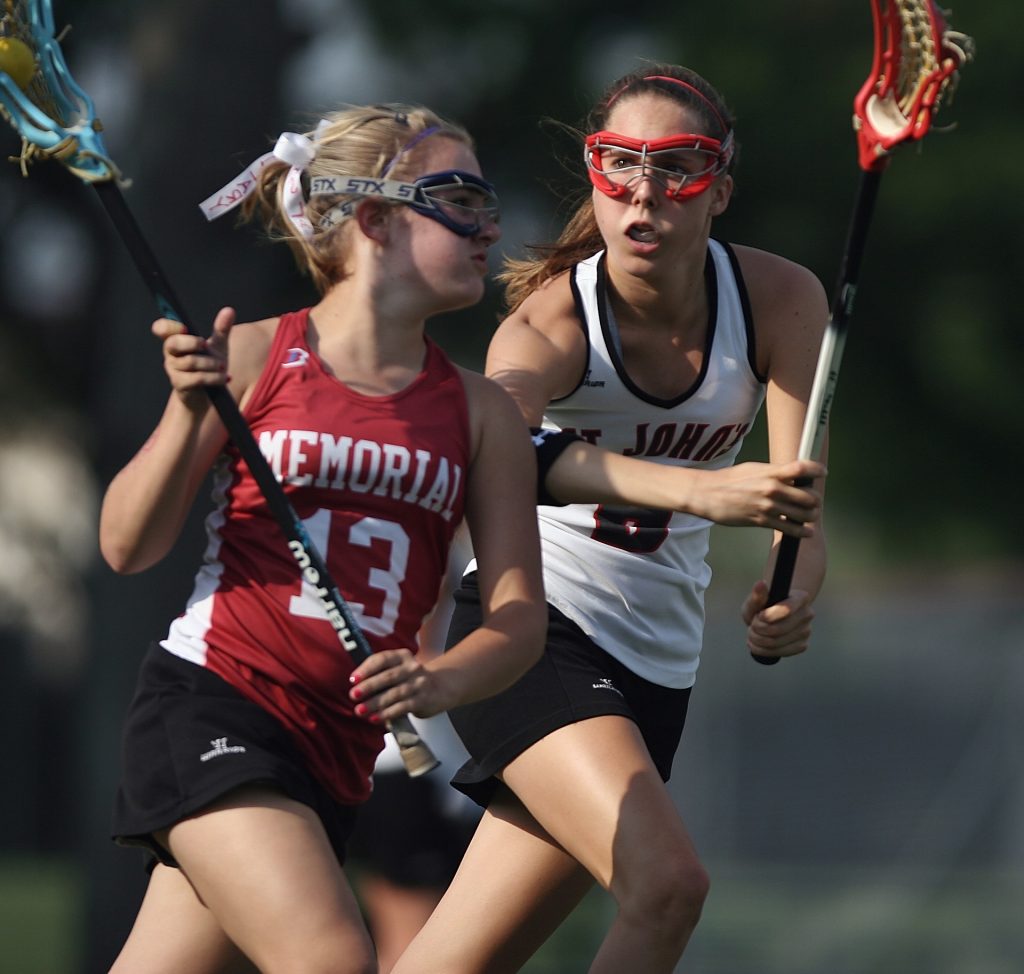 Betting on lacrosse was a big problem for Jesuit missionaries, and there are some groups today that still believe it’s a bad idea. Here are reasons in favor of legalized sports betting.