Hey, movie fans, guess what! We are on the threshold of summer. That means long, lazy days in the sun, beside the river, and at the beach. It means beach volleyball and s’mores over a campfire. It means sand fleas, sunburns, bugs in your shorts and sudden rainstorms. You’re right, we should go to the movies instead. Gildshire kind of thought you would come around to our way of thinking when it came to Memorial weekend. That’s why we put together Memorial Weekend: Gildshire Goes to the Movies.  Welcome to our semi-weekly trip to the mall for Cinnabon and movie magic. Our friends at Rotten Tomatoes are ready with four new releases, and so are we.

Solo: A Star Wars Story, rated PG-13 for sequences of sci-fi action/violence. Between the Marvel and Star Wars franchises, there’s hardly time to see movies set on terra firma in the here and now. That fazes fans of the superhero and science fiction genres not at all. This is a prequel to the Star Wars movies you’ve known and loved, introducing such luminaries as Han Solo, Chewbacca, and Lando Calrissian. True believers will eat it up, but we’re seeing an alarming number of reviews with words like “lowered expectations,” and “okay.” It stars Alden Ehrenreich, Joonas Suotamo, Woody Harrelson, and Emilia Clark. Rotten Tomatoes 70, Gildshire 3.0 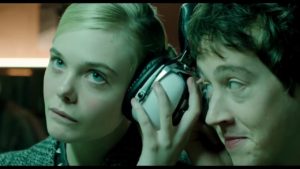 How to Talk to Girls at Parties.

How to Talk to Girls at Parties, rated R for language throughout, sexual content, some drug use and nudity. Every straight teenage boy knows the desire to meet a new girl and have hot, sweaty, sex with her. Not too many teenage boys expect it to happen, and especially not with a girl from another planet. That’s the setup behind this movie. Though its R/T grade is underwhelming, Gildshire finds the premise somewhat out of this world. Appropriate given the circumstances. It stars Elle Fanning, Nicole Kidman, Ruth Wilson, and Alex Sharp. Rotten Tomatoes 40, Gildshire 3.6

Mary Shelley, Rated Pg-13 for sexuality and thematic elements including substance abuse. Elle Fanning stars in her second movie this week. This one is the ostensibly true story of the woman who created Frankenstein, along with the backstory behind it. To be honest, the movie looks more interesting than the cool reception it is getting from Rotten Tomatoes. Since that is the same thing we think of the last movie, we can only conclude that R/T doesn’t like Elle Fanning. There, we solved the mystery. This movie co-stars Douglas Booth, Joanne Froggatt, and Maisie Williams. Rotten Tomatoes 32, Gildshire 3.5 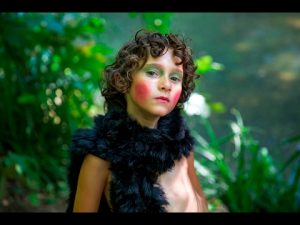 Memorial weekend Movie of the Fortnight, by a country mile.

SUMMER 1993 (ESTIU 1993), Not Rated. If you’re going to see one movie Memorial Day weekend, we’re asking you to work at it. Avoid the temptation to follow the crowd. Instead, seek out SUMMER 1993 (ESTIU 1993). It is a thoughtful drama brought to astounding life by the work of its young leads. Yes, you will have to find it at an art-house theater. Yes, it is subtitled. No, you haven’t heard of the actors. Gildshire Goes to the Movies stipulates to those things and asks for your trust. We’ve never led you astray about a Movie of the Fortnight, Surely, we won’t start with this beautiful little film. Based on a true story it tells the story of one little girl who triumphs over the darkness that grownups can visit on us. It stars Laia Artigas, Paula Blanco, Etna Campillo, and Bruna Cusi. Rotten Tomatoes 100, Gildshire 4.9.

That’s it for this week, and we hope you enjoyed our movie previews. We especially hope you take a moment out of the sun this weekend and see one of these films. After all, you can put on all the SPF 150 that you want. A dark theater is still better for your skin.

Join us again in a couple of weeks, so we can guide you through the summer blockbuster season. We remain, humbly, your one and only go-to for the finest opinions on the internet.

(You can get away with almost anything if you add “humbly,” because it’s like “Bless Your Heart” down south.)