Home » Our World » NASCAR Prepares to Crown a Champion!

What is your favorite sport? That’s a good conversation starter, as it leads to the pros and cons of the various sporting endeavors. Football is a favorite across the generations. Some in the older set will say baseball is their favorite, while more than a few youngsters hold basketball near and dear. Have you noticed, though, how few people will say NASCAR is their favorite sport? That may not surprise you, given that much has been reported of NASCAR’s sliding popularity, even though it is attended by the third-most people in this country. Only baseball, with its unwieldy 162-game schedule, and football welcome more customers than does the sport we used to call “stock car racing.” So, as NASCAR prepares to crown a champion, let’s look at the race game and the current season.

Why is there such a misconception?

Some people don’t understand the complexity of the sport. The old image of southern rednecks turning left is incomplete, and really always was. In truth, these drivers are finely tuned athletes. They have to be to withstand the rigors of that many miles, going that fast, in such close proximity to other cars.

How Do the NASCAR Playoffs Work?

In other sports, teams that lose in the playoffs are sent home. In NASCAR’s version of the playoffs, drivers race other championship contenders, but also against 30+ drivers who just want to win a race! Next weekend, at the Ford EcoBoost 400 in Homestead, Florida, a champion will be crowned based on accumulated points.

Who Are the NASCAR Drivers to Watch?

Martin Truex Jr. is on top, with seven race wins, 14 top-five finishes, and 22 top-ten finishes. He has compiled enough stage wins (a NASCAR event is run in segments called stages, with an overall winner at the end, and stage winners crowned during the race) for a total of 4,069 points during the season. Truex has never won a NASCAR title. 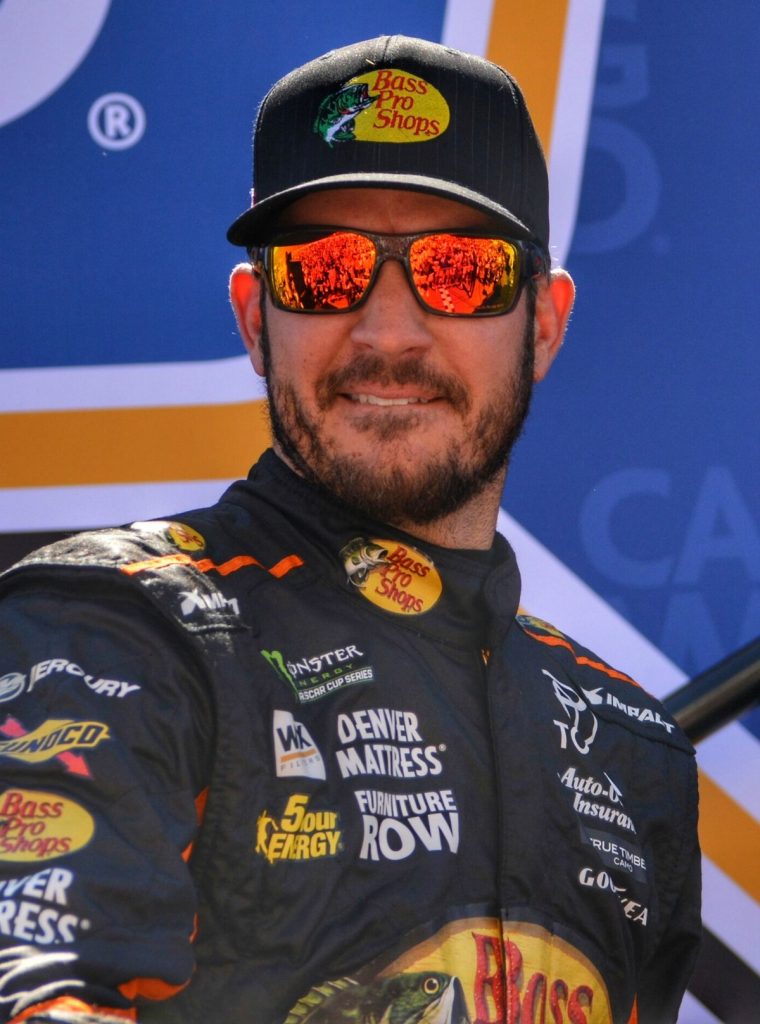 As NASCAR prepares to crown a champion, Martin Truex Jr, wants to be the one!

Second is Kevin Harvick, with a win/top-five/top-ten slash line of 4/13/24. Third is Kyle Busch at 4/15/25. Busch tied with Harvick at 4113 points, because of Harvick’s greater success in leading stages.

Joey Logano rounds out the top-four contenders. His 4111 points rank him tow points behind Busch and Harvick, but twenty points ahead of Denny Hamlin in fifth place.

Okay, but if you are a first-time race attendee, you need to know some things. Attending a NASCAR race is unlike attending any other American sporting event. There are going to be at least 150,000 people there, which is double what you can expect at any National Football League game. Food and beer flow freely, and vendors are everywhere, hocking their wares. In many ways, it is partly a sporting event and partly the State Fair.

Where can we get tickets?

Good news! Tickets are cheap compared to almost any other sporting event. Only minor league baseball matches NASCAR for value per dollar. Let’s check SeatGeek for tickets. I think you’re right. When NASCAR prepares to crown a champion, Gildshire should be there to see it.

Introducing the Capsule Wardrobe: Minimalist Fashion at its Finest