Notre-Dame will Emerge Brighter, and Better Suited to put Eternity to the Test

Home » Travel & Nature » Notre-Dame will Emerge Brighter, and Better Suited to put Eternity to the Test

Notre-Dame Cathedral, one of the most revered and enduring symbols of Western civilization, was hours away from complete destruction as a raging fire destroyed the building’s iconic spire and roof. An architectural marvel, Notre-Dame stood for centuries at the crossroad of faith, history, and tradition, a symbol of France and its people. It is time to unravel what caused the destruction and when the millions of tourists heading for Paris each year could expect a full restoration.

Located on Île de la Cité (Island of the City), the Notre-Dame cathedral was always in the very heart of Paris, from the time when the bustling metropolis of today was a mere medieval village. Although the foundation stone was laid in 1160, the site itself as a place of religious importance goes back in time for an equally long period, to an era when Roman Jupiter was the one worshiped. As it happened with almost all European cathedrals, Notre-Dame was never formally finished. Each century brought with it a change of style, architecture, and the face of the monument was at the grace of every monarch’s tastes and ambitions.

However, as the power of the church gradually faded in French society, the 19th century saw Notre-Dame abandoned and in an advanced state of decay, only decades since it hosted the 1804 coronation of Napoleon as emperor. It was not until the novel “The Hunchback of Notre-Dame” by Victor Hugo became a best seller that the authorities saw the touristic prospect it held. Subsequent renovation works followed, but the monument was always a victim of its own gargantuan scale. It was simply too expensive to maintain each and every section of the facade, not to mention the thousands of sculptures and ornaments, including the well-known gargoyles.

Fifteen hours were enough to undo centuries of work. The structure itself that was lost is the equivalent of 21 hectares of oak trees crafted into timber trusses, and 200 tons of lead sheeting. There is an ongoing debate whether to restore everything as it was or create a more resistant alternative.

At this point, it is important to acknowledge the commitment of the 400 firefighters mobilized in the intervention, who risked their lives containing the flames. Without their sacrifice, chances are a progressive collapse would have scarred the face of Paris forever. Most of the cathedral was left unharmed, including the two towers of the west façade, and the majority of artefacts and pieces of art hosted inside the building. 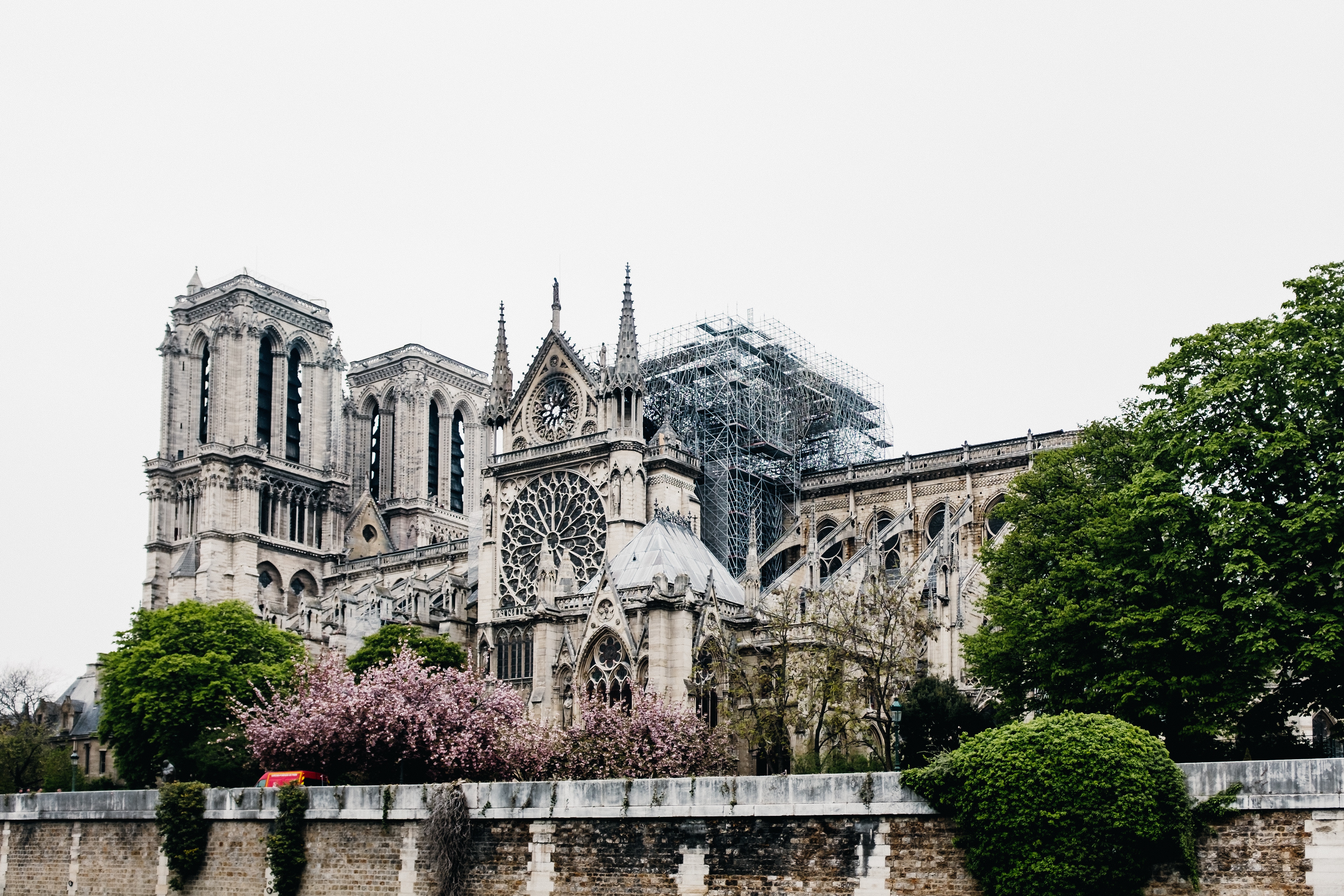 Most of the cathedral was left unharmed in the recent fire, including the two towers of the west façade, and the majority of artefacts and pieces of art hosted inside the building.

Although bringing with it obvious destruction, the fire did something remarkable. It reached a soft spot in people’s hearts, and triggered a colossal fund-raising effort that rests for the moment at the staggering amount of more than $1 billion. The highly positive emotional response is a guarantee that the monument will be rebuilt to its former glory, although the timeline for that to happen still has a question mark attached to it. While French president Emmanuel Macron promised 5 years of work, experts disagreed claiming it would take at least two decades. The enthusiasm and populism of a politician desperate to get some relief after months of protests surely underestimated the work required.

The current state of investigations into the Notre-Dame cathedral fire shows an electric short-circuit as the most likely ignition source. The monument was under restoration and experts confirmed this increased the risk of fire, as workers often had to weld lead sheets directly in contact with the very old timber roof. A time-lapse camera showed smoke originating from the base of the spire, putting it almost beyond doubt that it was an accident. Probably the most startling fact about the Notre-Dame of Paris is finding out it had virtually no insurance. The logic is simple. The masterpiece and the wonders inside it are invaluable. Still, the most widely circulated bill for the disaster is somewhere around $8 billion.

It is easy to explain why the burning of the French cathedral became instant breaking news. Monumental buildings engulfed by fire, and on the verge of collapse trigger a powerful emotional response. For a fraction of a second, just before reading the title, the apocalyptic images reminded everyone of the horrors of 9/11. Terrorism was not the cause this time, although Notre-Dame was in the past the target of a failed bombing attempt. On 8 September 2016, police found a parked car literally filled with explosives, an omen of bad things to come.

Fire is an almost unstoppable agent of destruction. Still, it is also an agent of rebirth. Like the Phoenix bird, Notre-Dame of Paris will emerge from its own ashes, brighter, taller, and better suited to put eternity to the test.

The Tradition of Easter Baskets and What They Mean Now