written by Emmaline Soken-Huberty May 7, 2019

Starbucks recently brought back the much-loved s’mores frappuccino for the summer, along with new drinks like a mocha cookie crumble frappe. As an international company, however, there are drinks only found in countries outside the United States. Here’s a rundown of Starbucks drinks around the world:

Matcha is a powder made from green tea leaves, and it’s a common ingredient in Starbucks drinks around the world, even Australia. There, Starbucks occasionally sells a double-chocolate green tea frappe, which blends the fresh, grassy taste of matcha with milk chocolate sauce and java chips.

Another coffee-free beverage option, South Korea’s Starbucks used to make a soda with yogurt and mango jelly.  Mixing soda and yogurt might sound weird to some, so people could try other versions of the “Fizzio” drinks, like lemon-ginger with mango jelly or passion tea lemonade with hibiscus jelly. The Fizzio series was discontinued in the US years ago, so the yogurt-mango soda is most likely not available anymore in South Korea either.

Panna cotta, a cold, sweet custard, is a traditional Italian dessert. The Starbucks in Singapore adopted it in 2015 for their summer berry drink. It’s made from a panna cotta base and topped with a blend of milk, ice, and all kinds of berries, like strawberries, mulberries, and blueberries. It’s coffee-free and perfect for hot days. If you do want coffee, the Singapore Starbucks also released a dark mocha panna cotta drink at the same time, which gave you a more traditional blend of coffee and espresso on top of the panna cotta. 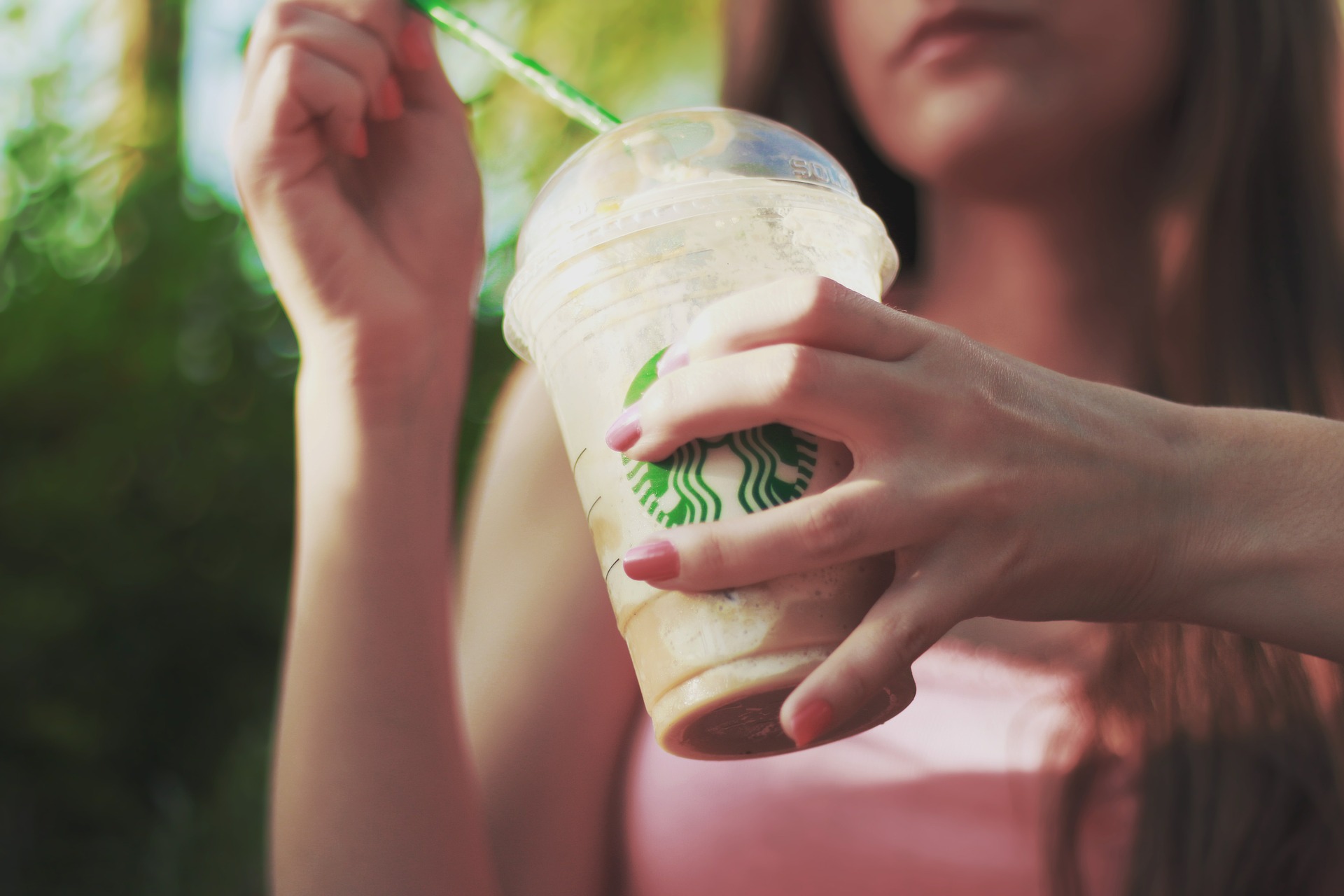 Starbucks recently brought back the much-loved s’mores frappuccino for the summer, along with new drinks like a mocha cookie crumble frappe.

Green tea can be found in Starbucks drinks around the world, and of course you’ll find it in China. This frappe makes things even more interesting by adding a topping of sweet red beans, a common dessert ingredient in Asia. It was so popular it even got its own muffin version in Hong Kong. While you can get green tea frappes in the US, they leave off the beans. The American grande has a whopping 65 grams of sugar.

In Japan, there’s a special green tea called “hojicha” that’s roasted over charcoal in a pot made of porcelain. The resulting tea is toasty, yet smooth. The Japan Starbucks blends hojicha with coffee, milk, and ice, and adds Earl Grey-flavored jelly for a truly unique drink. It was first introduced as a seasonal drink in 2012. In 2018, Starbucks took things another step further by launching their Japan Wonder Project celebrating local ingredients and culture. They created a Kaja Bo Hojicha drink, a special roasted green tea from the Kaga Domain. To make Kaja Bo tea, you roast the stem of the tea leaf, producing a tea that’s golden and toasty. Mix this tea with white chocolate cream and jelly, and finish with a sprinkle of powdered tea.

Want to get something other than Starbucks drinks around the world? Check out this list of the best coffee spots for globe-trotters.