Home » Super Bowl LIV: 49ers and Chiefs for the Title

Sunday afternoon (or evening, depending on your time zone), the San Francisco 49ers take on the Kansas City Chiefs for football’s ultimate prize, the Vince Lombardi trophy. For football fans who cry, “We want somebody new,” this should be a great Super Bowl Sunday. The 49ers, long blue bloods in the NFL, haven’t won a Super Bowl in 25 years. The Chiefs have to look even further back, to Super Bowl IV, for the last time they held a motorcade through town. The 49ers and Chiefs offer an interesting contrast in styles, and an assortment of players to watch. Today, Gildshire breaks the game into bite-sized pieces for the avid fan and the newbie alike. At least, that is our plan. If we fail, well, the seven-layer dip still looks good.

You might say they got here through a torn anterior cruciate ligament. In the third game of the 2018/19 season, 49er quarterback Jimmy Garoppolo tore his ACL in a game against these same Chiefs. The 49ers were dead meat walking the rest of the season and finished with the Number Two draft pick in last year’s draft. That pick became defensive end Nick Bosa, who joined DeForest Buckner, Arik Armstead, and Dee Ford to form the baddest defensive line in the league. That defensive line, along with the veteran presence of Richard Sherman in the defensive backfield, leads a powerful unit.

Offensively, matinee idol Garoppolo leads a ground-first attack that is an anomaly in this era of “throw it around” ball. A trio of running backs carry the mail for the Niners with Raheem Mostert getting most of the carries lately. A young receiving corps is bolstered by in-season arrival Emmanuel Sanders.

And the Chiefs. How did they get here?

Kansas City was built in an entirely different way than were the 49ers, but no less successfully. Remember, the Chiefs were one offsides (by current 49er Dee Ford) last year from going to the Super Bowl in place of New England. The team’s success last year was entirely due to Patrick Mahomes, who is a quarterback/magician. Kansas City’s success this year isn’t entirely due to Mahomes, but it is mostly built on his agility, escapability, and accuracy with the ball. He is not, however, without weapons. Mahomes has speed, speed, and more speed in wideout Tyreek Hill, and one of the game’s best tight ends in Travis Kelce. When Kansas City runs the ball, Damien Williams is a more than capable back.

The secret weapon (if there can be a secret anything having to do with the Super Bowl) could be Kansas City’s defense. Last year, they were a liability, even as the Chiefs almost made the Super Bowl. This year the defense has held up well, particularly in the second half of the season. Defensive end Frank Clark and strong safety Tyrann Mathieu are big hitters who roam the field with bad intentions. 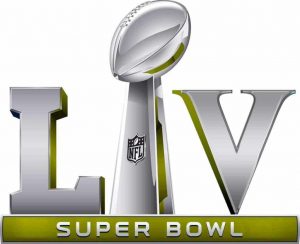 San Francisco needs to possess the ball to keep Mahomes off the field. Can Kansas City’s front line hold back the 49ers run schemes? That will be a key. Defensively, the 49ers need to cover the deep routes against KC’s speed. If the Chiefs’ receivers get behind the 49ers’ secondary, it could be a long day for San Francisco. When San Francisco has the ball watch for strategic shots to tight end George Kittle. The Chiefs have struggled a bit against elite tight ends.

How can the Chiefs win?

If the 49ers let Patrick Mahomes out of the pocket and roaming around, they have only themselves to blame. When Mahomes scrambles, the field opens up, and big plays happen. On defense, Kansas City must find a way to keep the 49ers from rushing for 200 yards. That number is key to what the 49ers want to do. If the game turns out to be a passing shootout between Mahomes and Garoppolo, Kansas City likely wins.

The 49ers and Chiefs are two of the most entertaining teams in the league. It is a good matchup that should make for a good game. Enjoy the game, the commercials, and the spectacle that is Super Bowl LIV.