The Campbell’s Soup and how Pop Art Made the World “POP!” – A Look at When Art Merged with Popular Culture

Everyone recognizes Andy Warhol‘s famous Campbell’s soup can as screen prints, but what is less known is the origins of Pop Art and many of its other contributors. These artists shocked the world by using popular culture and created a movement that merged art with everyday life.

Emerging in the late 1950’s in America and Britain, Pop Art stunned society. Nobody thought that mass culture, the commercials people saw everyday or the household items bought in the grocery store, would ever become a form of fine art. Art typically had been seen as something for the higher class, but Pop Art went further to blur the lines between high and low culture, demonstrating that culture has no hierarchy and art can come from anywhere. Abstract Expressionists of the 1940’s and 50’s had made the first initiation of this change, but Pop Artists really brought it upon society.

Warhol, originally a graphic designer and magazine illustrator got bored with the advertising world and wanted to do something different. He turned to painting and screen printing with the goal as to reinvent everyday objects in a fashion that changed them so that they would be seen with a new perspective. As earlier mentioned, his Campbell’s Soup 1 (1968) is one of his most famous works. His vividly colored portraits are also widely recognized works. These pieces, as well as many other of his works, are thought to have stemmed from the search for trauma within the environment that surrounded him. 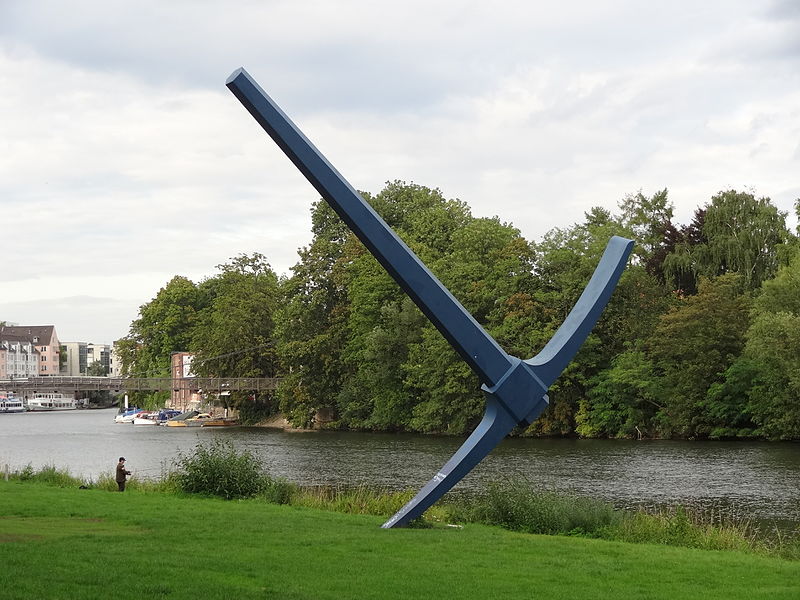 Around the same time as Warhol was creating the celebrity portraits, Claes Oldenburg was selling small plaster and wire sculptures of mundane objects he had created in The Store, a shop he opened up in New York City. From there, he began using soft materials to create large-scale food items. These soft sculptures were so dramatized that they appeared to be their own personas. Large, overstuffed, floppy, and tactile, the soft sculptures were a breakthrough in the history of sculpture because they were so different from what others, especially the Abstract Expressionists of the previous two decades, had done. In the 1970’s Oldenburg went even bigger, creating public sculptures of household items such as Clothespin (1974) to toy with society’s expectations of these plain objects used everyday.

Lichtenstein had gravitated toward what he would characterize as the “dumbest” or “worst” visual item he could find and then went on to alter it. He sourced much of his inspiration from comic books, picking scenes and changing them in ways to make the simplistic items monumental. Lichtenstein’s style imitated the style of comics with thick lines, bold colors, and Ben-Day dots (the dots that created shading of color in comics and newspapers in the 1950’s and 60’s, named for the illustrator who created them, Benjamin Henry Day Jr.). The usage of Ben-Day dots specifically blurred distinction between mass produced and high art by creating these dots (typically manufactured by machines) by hand and on a large scale, enabling him to make great art out of comic books.

These three artists are only just a few of the influencers that took part in the Pop Art movement. They, along with their comrades, ultimately wanted experiment with art and mass culture, making society question what is art. Altering the perspective that people had of art is something that many movements aimed to do and the Pop Art art movement certainly achieved that. As Lichenstein once said, “Art doesn’t transform. It just plain forms.” Fine art is not about changing something, it is about creating something.

So You Need a Winter Vacation NOW!