Fudge is totally underrated. Many are unaware of the many popular fudge flavors that can tickle your taste buds.

Typically associated with family Christmas gatherings, summer carnivals and amusement parks, the majority of us tend to gravitate towards traditional dessert fare such as cookies, brownies and cake when choosing a cheat day treat. However, fudge holds its own against its counterparts as a confection that provides a decadent, full-flavored snack in a convenient and compact two-by-two inch square.

Created by Vassar student Emelyn Battersby in 1888 and achieving commercial success only 25 years later, the popularity of fudge has since been characterized by frequent ebbs and flows. The occurrence can possibly be attributed to the fact that most are unaware of the wide variety of fudges that exist, rendering it on par with other desserts on the market with respect to the selection that it offers. A visit to a small yet quaint store on a quiet street in Brockville, Ontario provided me with the opportunity to conduct an investigation of sorts, in the form of a taste test. I therefore purchased six different types of fudge and with the help of a fellow aficionado, was able to evaluate and rate each of them, one delectable square at a time. The results are as follows:

It has an artificial flavor that is overpowering; there is also an unpleasant after taste to the fudge that lingers, making it seem as though bag of Jell-O powder accidentally fell into the mixing bowl when it was being prepared.

Made with pieces of a Skor bar, it demonstrated how chocolate can be incorporated into the dessert effectively, resulting in a rich, tasty treat that will completely satisfy one’s sweet tooth. 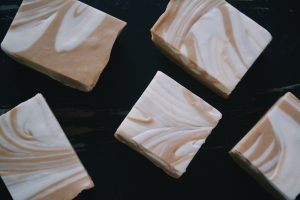 This fudge was slightly underwhelming; while the thought of introducing the flavor of cookie dough into most desserts tends to pique the interest of many, it didn’t taste any different than the regular one. In other words it wasn’t great, nor was it terrible – it fell somewhere in the middle of the spectrum.

Although it won points for not being too sweet, the flavor of the blueberry didn’t meld particularly well with that of the fudge creating an odd taste combination that was disappointing for both taste testers.

Of all of the fudge samples, the marshmallow pecan square had the best consistency and smoothest flavour; the nuts provided a crunchiness to it that offset its soft, gooeyness. While it was a little too sweet, it still earned high marks in most other categories.

All in all, the investigation proved that while fudge is a convenient yet high-quality and indulgent treat, there are limits to its ability to satisfy those of us who value variety and innovation with respect to the desserts we enjoy. While nuts, fruits and other additives can be used to improve its taste and create some of the more popular fudge flavors, fudge doesn’t appear to pair well with other ingredients and flavorings, as evidenced above. Nonetheless, it deserves to remain a relatively popular dessert option and seeing that it has been going strong for nearly 130 years, the odds are that it probably will.

How to Plan a Party on a Budget