Thanksgiving Day is a national holiday celebrated in the United States and Canada as a day of giving thanks for the blessing of the harvest and of the preceding year. Celebrated on the fourth Thursday in November in the United States and on the second Monday of October in Canada, Thanksgiving has its historical roots in religious and cultural traditions dating back to the early 17th century.

Believed to have started with the 1621 Plymouth feast and thanksgiving that was prompted by a particularly good harvest that year, the modern Thanksgiving holiday tradition has been an annual tradition in the United States by presidential proclamation since 1863 and is commonly known as the beginning of the ‘holiday season’. 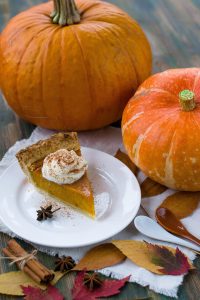 While Thanksgiving carries a particular meaning to many different people, for the most part, the holiday of Thanksgiving is synonymous with festive meals with family and friends, football, parades, and of course, turkey. For many people, the holiday is a chance to spend time with family and friends, catching up with people you haven’t seen for a while and enjoying each other’s company in a warm and loving atmosphere. Essentially, the Thanksgiving holiday acts as a reminder to give thanks and be grateful for all the good things in life, and to help those less fortunate.

The star of the Thanksgiving holiday, however, is the turkey, and families and friends come together over the roasted bird stuffed with stuffing to celebrate the day. Over the years, Americans have added the tradition of watching football on Thanksgiving Day, and several big games are played and televised during the day. Another tradition is the television broadcast of Macy’s Thanksgiving Day Parade, which takes place in New York City every year.