Home » Style & Creativity » The Most Important Independent Films of All Time

While the best and brightest of us are staying home and keeping the Covid-19 outbreak from being as deadly as it can be, we need some quality entertainment to help us pass the time. An independent film might be just what you need. Made outside of Hollywood’s sometimes cookie-cutter approach (One part seething man, two parts explosions), an indie film can make you think, during and after the movie. So, here is Gildshire’s list of the most important independent films of all time. We don’t suggest that this is an exhaustive list, but rather a list for you to build on in making your own list, or even collection of independent film.

A box office smash, and an Oscar winner, this social thriller turned writer-director Jordan Peele into a brand name. This is Blumhouse’s best picture, and they made it by adhering to their better angels, namely ambitious filmmakers, workable budgets, and consistent creative support.

Unfortunately, this film’s Academy Award for Best Picture will always be haunted by the on-stage gaffe by Warren Beatty, who announced the wrong winner. But the number of Oscar’s oft-ignored groups embraced by “Moonlight,” could fill a theater on its own. Let’s count them. People of color, LGBTQ, impoverished people. All can lay claim to some level of ownership in “Moonlight.”

The success that Greta Gerwig had later with “Ladybird,” and “Little Women,” was predicted by those who saw “Frances Ha.” This film cemented the relationship between Ms. Gerwig and Noah Brumbach. “Frances Ha,” is bittersweet, and French New Wave in one palatable package that only shows the brilliance of this still-emerging young directorial talent.

Zach Braff’s maiden voyage into full-length movies won an award first time out! Interestingly enough, it was a Grammy for the film’s score. “Garden State’s” mixtape of Shins’ songs, Simon and Garfunkel, and obscure hits lifted from Zach Braff’s iPod may, or may not, change your life. But it established the “indie sound” for out-of-the-mainstream film for ten years.

“Lost in Translation,” directed by Sofia Coppola, released in 2003.

Three careers changed with the release of this movie. Scarlett Johansson became an A-List star, Bill Murray transitioned into a grown-up, and Ms. Coppola became a heavy hitter in director circles. What do you think Murray whispered to Johansson at the end of the movie? That question, and the subject of loneliness, are at the core of this movie’s success.

The highest-grossing independent film of all time belongs on our list, regardless of whether it is your Quarter Pounder With Cheese or not. This film recharged John Travolta’s career after it had been bogged down by opinions on his religious preferences and a string of poorly made movies. “Pulp Fiction” is told out-of-sequence, which adds to the intricacies of the tale. It is a great movie and one well-deserving of a place in your collection.

The low-budget champion on our list. It’s the kind of movie you and your buddies imagined making when you were two pizzas and four beers in during college. “A few friends talking crap and Star Wars.” Everyone would go see that! “Rooftop hockey.” Oh, and in black and white. Even better! The quirkiness sometimes obscures the quality dialogue-meister in Kevin Smith.

“Sex, Lies, and Videotape,” directed by Steven Soderbergh, released in 1989.

An obscure little film festival featured this movie and was never the same. Its director is still making indie hits, 30 years later. The plot about a repressed woman and her wandering husband has been told before, but seldom this effectively. Oh, the film festival? The U.S. Film Festival back then. Two years later, it changed its name to “Sundance.”

This story of an independent-minded black woman with a healthy sexual appetite was groundbreaking when Spike Lee released it. That it seems a little dated now simply means that Lee was ahead of his time. Back in the day, urban blacks were pimps or drug dealers in movies. This movie brought blacks into the mainstream as few before would. 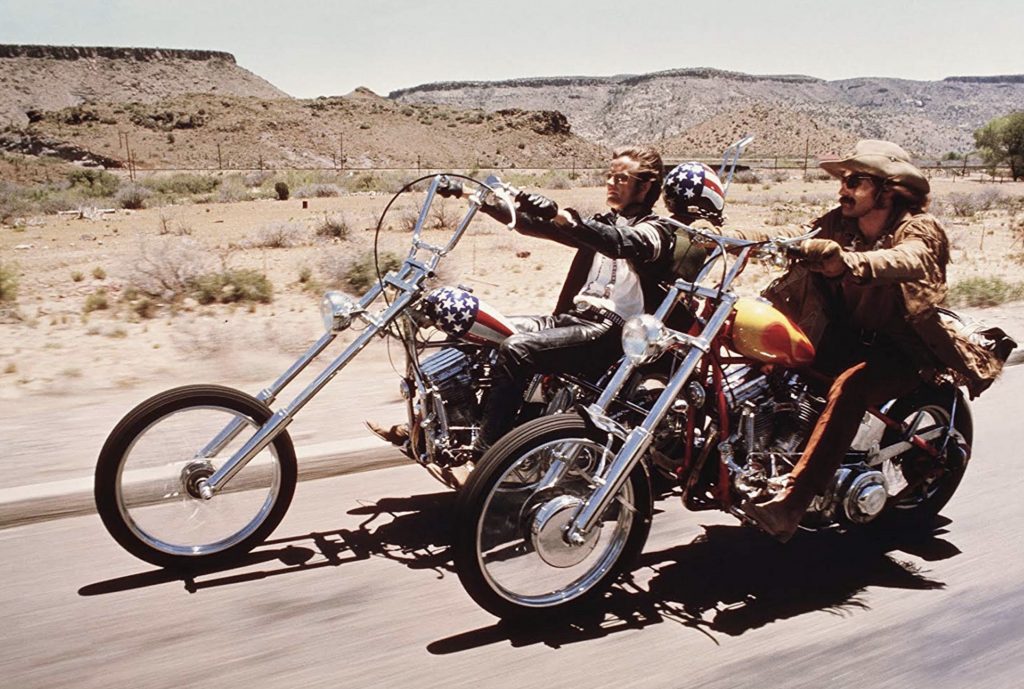 Easy Rider is, without question, one of the most important independent films ever made.

We listed our movies in reverse chronological order to avoid naming one as better than the other. But, you would do well to start your collection here and take it wherever it goes. That was the theme of “Easy Rider,” and remains the theme of the most important independent movies when they follow a legitimate muse. Where were Peter Fonda and Hopper going? Ostensibly New Orleans, but you could tell the journey was more important than the destination. The final scene confronts a reality America struggles to overcome to this day..in the headlines…every damn day. Watch it again if you haven’t for a while.

Better yet, find a theatre that runs indie movies and request a screening of “Easy Rider.” It is, truly one of the most important independent films of all time. Is it the very best? Answer that after spending a couple of hours doing your own thing in your own time, just as Peter Fonda suggested. That’s the independent spirit.

What Can We Expect From Life After Lockdown?

Are you Bored? The Science Behind How We Perceive Time!