It’s overwhelming how many parenting “styles” there are. It’s also tempting to just tune out all the noise and go about your life just paying attention to what works. That’s fair, but it doesn’t mean parents don’t need some extra help every now and then. Positive parenting is a tested parenting style that’s been described as more of a “lifestyle,” so there aren’t strict rules you need to follow. That’s the whole point of positive parenting, actually – get rid of strictness and rigid habits. 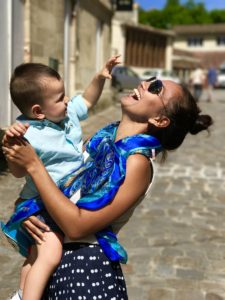 What is “positive parenting” exactly?

It’s sometimes called positive discipline, which is more descriptive. In short, it’s when parents focus on building a strong, loving relationship with their child while opting not to use traditional punishments. Instead, the parent-child relationship should be based on mutual respect and trust.

When positive parenting first came to the US from its home in Austria, it was first tested out in classrooms in the form of positive discipline. It’s been very effective and embraced since teachers are often at a loss about what to do with misbehaving students and aren’t able to use punishment like a parent would.

Positive parenting seeks to eliminate punishments from the parenting world, as well. The belief is that punishments are based in shame and guilt, which can lead to lower self-esteem and stunted emotional development in kids.

We’ve reached the point when most parents start rolling their eyes. No punishments? So, you just let your kid do whatever they want?

Positive parents use consequences instead. There are two types: natural and logical.

A natural consequence is when you let a child’s behavior lead to its natural endpoint. For example, if a child doesn’t do their homework, they’ll get a bad grade. Natural consequences can be tricky, because you do want to step in if there’s danger involved. 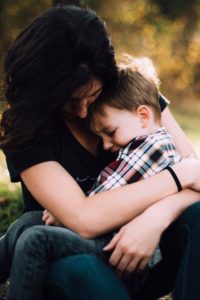 Logical consequences are closer to traditional punishments, but they are framed differently. You want the consequence of a bad behavior to make sense. Say your child doesn’t want to do their homework. Instead of grounding them from a fun weekend activity, don’t let them use the computer for anything other than their homework. That’s a reasonable consequence that connects to the behavior; it’s fair. It may seem subtle, but logical consequences are much more effective than arbitrary punishments.

What do you do when consequences stop working?

The temptation is to just resort to the old “because I said so” and start punishing your child, but that builds resentment in the long-run. What a positive parent will do is brainstorm about how to solve the problem, which isn’t the child, but the behavior.


One idea is to connect with the child before asking them to do something. You give them your attention, which kids crave, and then guide them into a good behavior.  On the Positive Parenting Connection website, the author suggests having a child talk to the parent about the activity they were doing when they’re asked to stop and set the table for dinner. This makes the chore an opportunity for bonding and for the parent to show an interest in what the child values.

Positive parenting isn’t easy, but studies have shown a lot of benefits.

Some of those benefits include improved emotional development, a strong relationship between the parent and child, and higher emotional intelligence when the child gets older. While not every aspect of the positive parenting lifestyle works for every parent and child, its core values of patience, respect, trust, and unconditional love are still essential for raising healthy, happy kids.

Read more on how to raise a responsible kid here.