The Very Best Diners in the U.S.A. 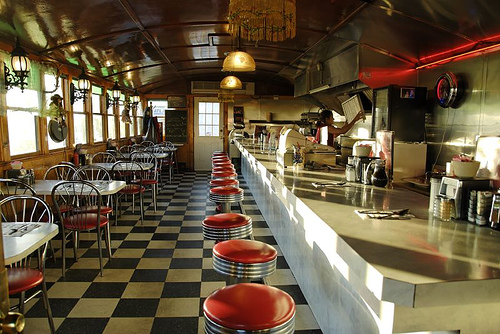 There is something uniquely Americana about the roadside diner. Named for the dining car on a cross-country train the diner evokes adventure but while serving familiar comfort food. It’s adventure writ small. The hey-day of the American diner was during the Route 66 years. They squatted, dressed in silver beside motels with names like “The Lazy Daze Motel,” and “Vista Motor Court.” It was America in a Ford Fairlane 500 searching for adventure on the open road. Gildshire Magazines remembers those days today with our list of diners worth a half day’s drive. Meatloaf, ahoy!

Village Diner: Located at 7550 N. Broadway in Red Hook, NY, this diner has the word “Village” right in the title. What could be more appropriate to lead the list? This cash-only establishment (Who acts that way, nowadays?) was built in the classic manufacturing technique known as “Silk Diner.” 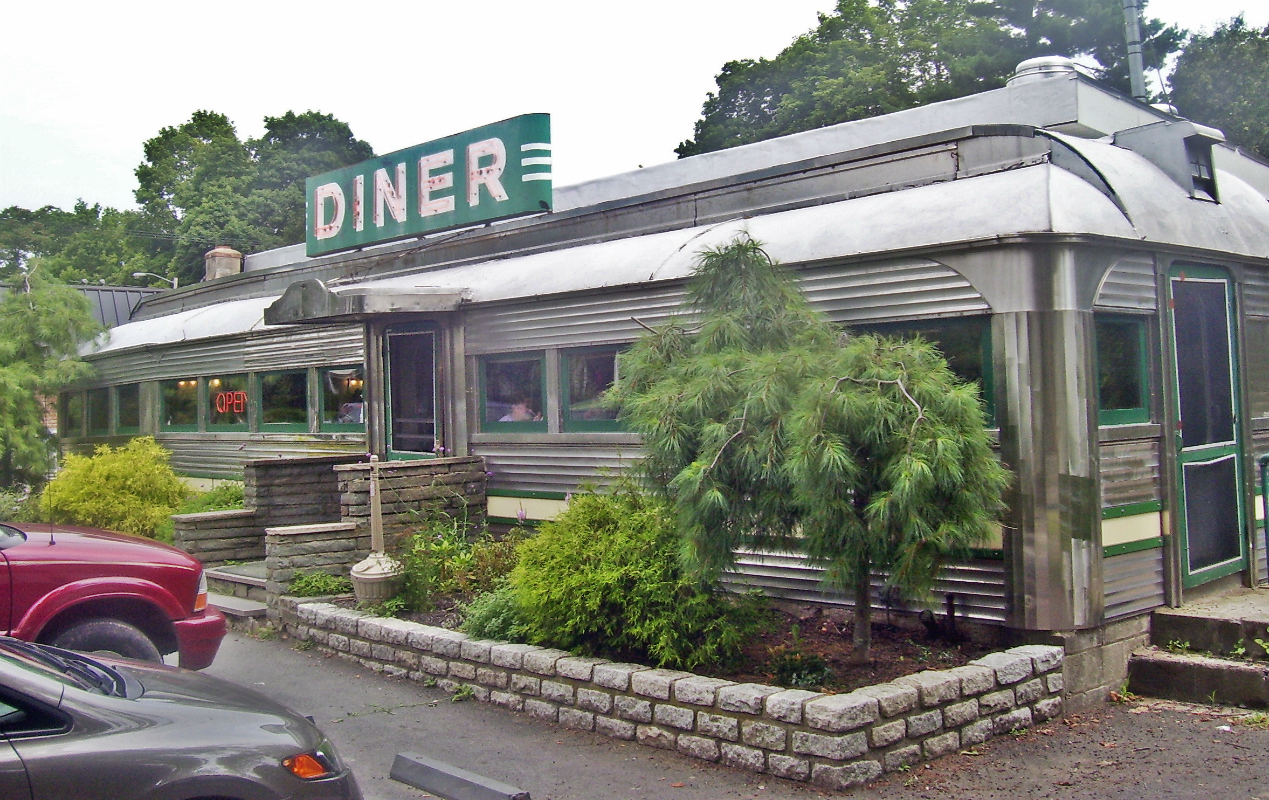 The Village Diner in Red Hook.

The Village has been serving the Hudson River Valley north of Poughkeepsie for decades. What’s good? Under “Sizzlers” try the hot roast beef sandwich. It comes with potato and the salad of the day. Open 6 a.m-9-p.m. seven days a week. 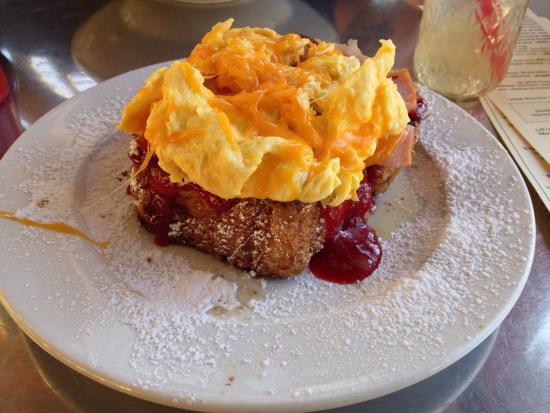 Skillet Diner: Located at 1400 E. Union St, Seattle, Wash. One doesn’t immediately think of a cosmopolitan city like Seattle and diners in the same breath. One would be incorrect in that analysis. The Skillet Diner has been blending comfort food and the hippest scene in the Emerald City for a long time now. What’s good? Have a plate of “Serious Toast.”

Not messing around here. It is essentially French brioche toast topped with a ham slice, raspberry jam, and two eggs cooked your way. Hurt me, seriously! Open 7 a.m.-10 p.m. Sunday-Thursday. Open until 11 p.m. Friday and Saturday. 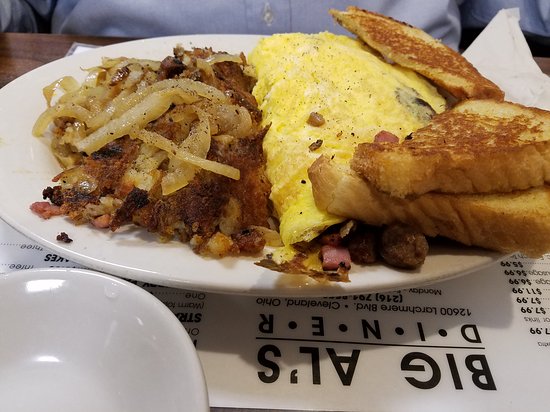 Big Al’s Diner: Located at 12600 Larchmere Blvd, in Cleveland, Big Al’s is no longer a secret. The Food Network’s “The Best Thing I Ever Ate” made sure of that. What’s good? The TV foodies liked the corned beef hash in this South of downtown Cleveland standby.  We have the utmost respect for Alton Brown and Giada De Laurentiis, but we like the Denver Omelette.

What’s good? Gildshire Magazines recommend ordering the Bacon Gorgonzola Burger and adding the 24 Diner No-Bean Chili over the top. Bacon braised greens on the side supports your assertion that you had a healthy lunch. We have your back. The 24 Diner has your front. Open 24 hours a day six days a week, and 19 hours Wednesday (Closed 1 a.m-6 a.m. Wednesday.) 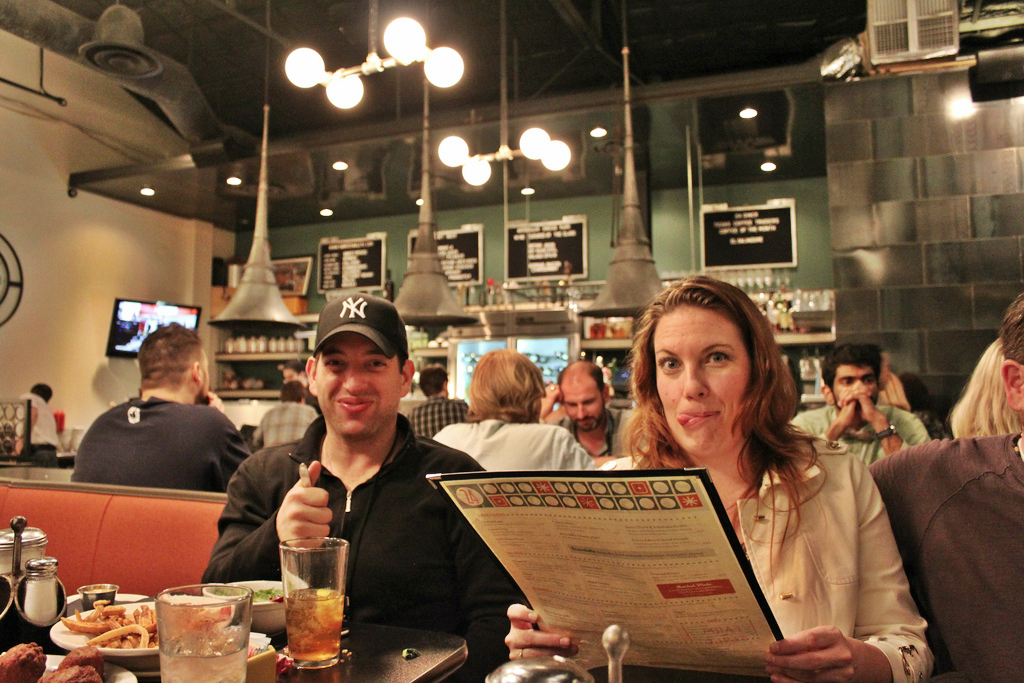 The 24 Diner has this couple agog. 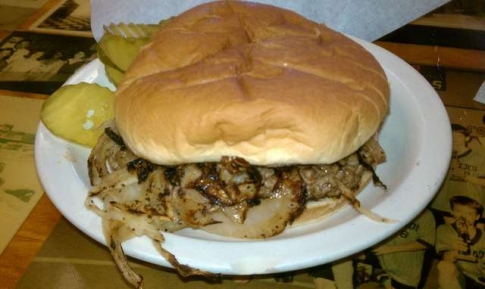 Sid’s Diner: Located at 300 S. Choctaw Ave, in El Reno, Okla. Sid’s is just a half hour drive from Oklahoma City. That’s a good thing because folks from the city make the drive on a regular basis. What are they craving? A King Double Meat Burger (pictured), of course. It’s a full pound of burger with fried onions, raw onions, both or neither. Sid doesn’t judge. Make it a deluxe with lettuce and tomato, add an order of Tots and the banana split for dessert. All this for under $13! Open 7 a.m.-8 p.m. Monday-Saturday. Closed Sundays. 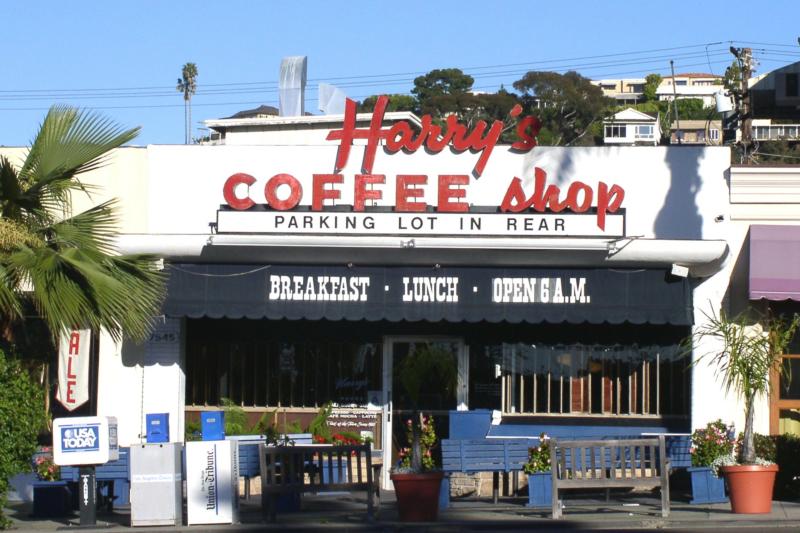 Harry’s Coffee Shop: Located at 7545 Girad Ave, in La Jolla, Calif. this is a place that bridges the gap between the classic diner and the coffee shop that followed. Called a coffee shop, Harry’s has a menu that hearkens more to the diner than it does the diner’s offspring.  What’s good? Harry makes a whale of a chicken fried steak. That’s for sure. It’s served over a golden brown waffle and covered in creamy gravy. Open 6 a.m;-3 p.m. seven days a week.

Top’s Diner: Located at 500 Passaic Ave, in East Newark, NJ, this is a good spot to end our tour. New Jersey was always diner royalty and this place is still among the best of the lot. This is simple food, prepared to perfection, and wasn’t the diner all about that anyway? 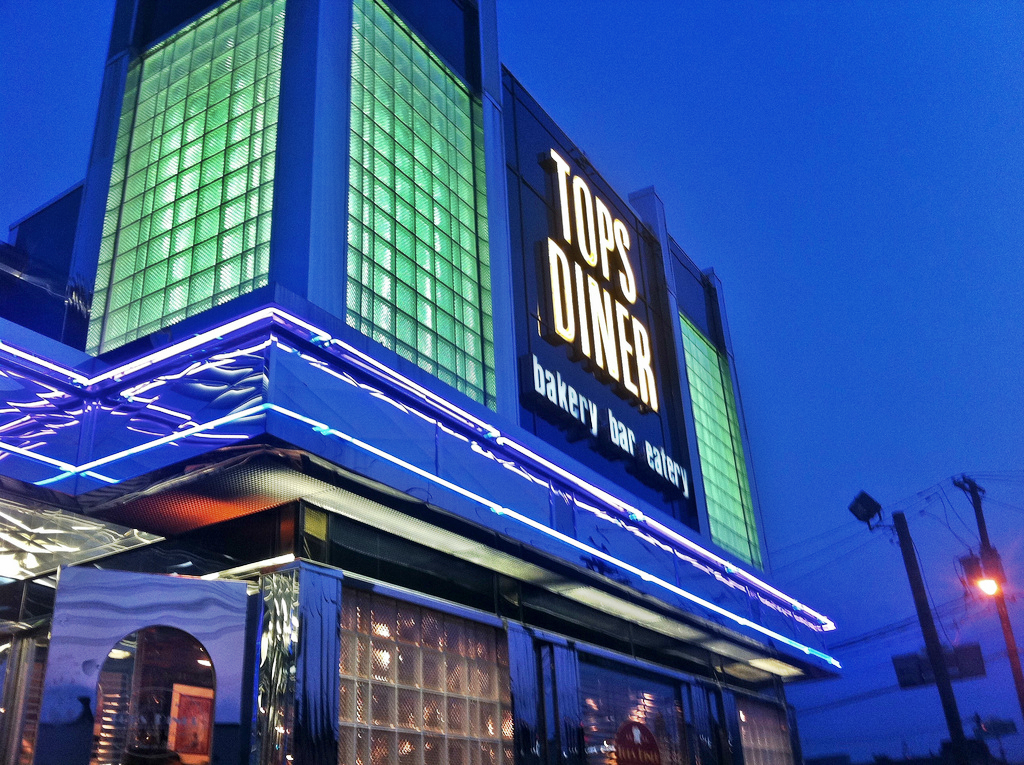 Tops is the top diner in New Jersey.

What’s good? Start with the simple omelet. At less than six bucks and with four eggs inside you have lots of room to add on. We add onions, roasted peppers, mushrooms, and diced ham. It’s a full-on breakfast masterpiece for less than $13. Open 6 a.m.-1 a.m Sunday-Thursday. Open until 2 a.m. Friday and Saturday.

The Healthiest Foods to Start Your Day for Maximum Energy