Home » Uncategorized » Books That Belong On Your Nightstand in 2018

Along with the New Year’s resolutions doomed to fail, there should be ones you can keep. One resolution recommended by your friends at Gildshire will reunite you with an old friend. Don’t you remember how much you liked to read for pleasure? Don’t you remember the rich aroma of a new book? The pages give off a special texture as you turn them, leading to a rich and rewarding experience. Or, you can buy books for a couple of bucks and read them on your e-reader. We prefer to hold a book in our hands, but recognize that time marches on. Whether you’re a purist or a techie, these are the books that belong on your nightstand in the year to come. 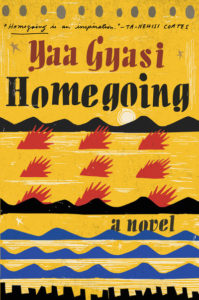 Our first of the “books that belong” is Homegoing

Fiction: Homegoing, by Yaa Gyasi. A novel of breathtaking sweep and power, Homegoing traces three hundred years of Ghana history. We found it extraordinary in its exquisite language, implacable sorrow, and, not least of all, for its startling portraiture of forces that shape a nation and the families therein. Honorable Mention: The Underground Railroad, by Colson Whitehead, as well as A Gentleman in Moscow by Amor Towles.

Nonfiction: March: Book One, by John Lewis. Congressman John Lewis (D-GA) deserves the title American hero more than almost anyone else. His commitment to justice and nonviolence takes him from an Alabama sharecropper’s farm to the halls of Congress. He journeys from a segregated schoolroom to the 1963 March on Washington. His story entails beatings at the hands and batons of state troopers and receiving the Medal of Freedom. Honorable Mention: The Radium Girls, by Kate Moore, as well as Richard Nixon: The Life, by John A. Farrell.

Science Fiction/Fantasy/Horror: Red Sister (Book of the Ancestor #1), by Mark Lawrence. At the ironically named Convent of Sweet Mercy, young girls grow up taught to be killers. It takes a decade to educate a Red Sister in the ways of the blade and the fist. Nona Grey is brought to their halls as a bloodstained veteran fighter, and she’s barely eight years old! She’s falsely accused of murder…but guilty of much worse. Honorable Mention: Sins of Empire ( Gods of Blood and Power #1), by Brian McClellan, as well as The Bear and the Nightengale (Winternight Trilogy #1) by Katherine Arden. 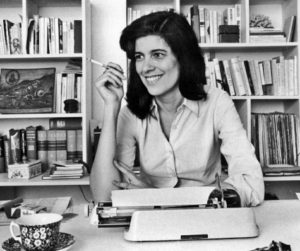 Short Stories: Debriefing, by Susan Sontag. From the private struggles of motherhood to a modern homage to Jekyll and Hyde. Logistical notes for an upcoming trip to China. Susan Sontag’s prose runs the gamut from autobiographical to observational and lighthearted. Then she throws in the quietly tragic, enrapturing readers the way only classic Sontag will. Honorable Mention: Theft by Finding, by David Sedaris, as well as Anything is Possible, by Elizabeth Strout.

Humor: The Awkward Thoughts of W. Kamau Bell, by W. Kamau Bell. A humorous, well-informed take on the world today. Bell tackles a wide range of issues, such as race relations; fatherhood, the state of law enforcement today and many more. Honorable Mention: We Are Never Meeting in Real Life, by Samantha Irby, as well as Everything is Awful (and other observations) by Matt Bellassai.

Travel: The Best American Travel Writing, by Lauren Collins and Jason Wilson. This compilation of travel pieces works as a travel planner, but also as bedtime fare. Every year, this collection is the gold standard for travel writing. Honorable Mention: Lonely Planet’s Best in Travel 2017, by Lonely Planet, as well as Ireland Pocket-Sized Travel Guide, by Michael Timmons.

That’s our books that belong on your nightstand and books that belong in your heart during the year to come. As a Gildshire reader, though, we’re sure you have a list of books that belong, as well. The important thing, though, is to READ! The very act of reading cleanses the mind and sharpens the wit. It feeds the soul and rests the weary spirit. Reading is educational and inspirational, as well as non-fat and free of GMOs. Simply said, there is nothing better to do with your leisure time than to read a book. So, get to it! There’s a vast world of printed (oh, okay, and digital) work beckoning to you. Enjoy! 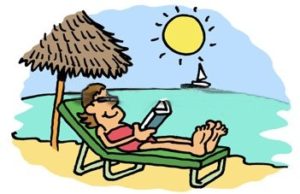