It was an open secret that the dual-clutch transmission in the last-generation Ford Fiesta and Focus was a disaster. The gearboxes are fraught with problems that include unexpected acceleration, coughing, and inexplicably slipping into neutral while at highway speed. What we didn’t know, though was if Ford knew, and lied about the scope of the problem?

Now, a thorough investigation by the Detroit Free Press reveals that Ford knew and lied about these potentially fatal problems. They sold the faulty parts even after engineers and lawyers alike warned them.

The issue centers on the DPS6 transmission, also known as the PowerShift transmission. It’s a six-speed dual-clutch automatic found on the 2012-present Focus, 2010-present Fiesta and other cars sold in the past decade.

Since 2010, Ford class-action lawsuits in the United States and abroad, punitive fines in Australia, and endless owner complaints plague Ford. The Fiesta and Focus went to the shop at Ford’s expense for other problems, yet the DPS6 has eluded recall. Ford then declined to make a necessary, albeit expensive, change in the transmission’s tech. Instead, Ford officials prepared talking points for dealers, ignoring internal documents peppered with safety concerns and detailed descriptions of the problems. 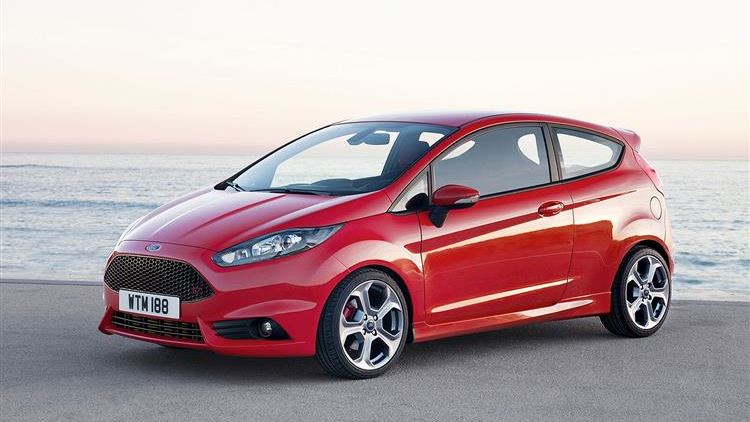 Ford knew and lied about Fiesta’s (such as this one) with bad transmissions.

Ford admitted the Fiesta and Focus were rushed into production. The company wanted to take advantage of the post-recession boom. But, Ford’s 2012 internal review showed that things were amiss from the start.

Almost unbelievably, the company said the steering, turn signals, and other power worked in the car. Therefore the situation couldn’t be considered dangerous. Drivers, they said, could signal and steer to the side of the highway.

Dealers and repair shops struggled with the cars over and over again:

“I’m tired of looking like the bad guy for repairing all these DPS6 transmissions when truthfully Ford’s the bad guy here,” said an email sent Feb. 22, 2013, from a Jacksonville, Florida, dealership. “Let’s be honest. Ford produces a horrible product and we trans guys get the wrath of it. My warranty clerk thinks I’m insane. The input shaft seals are only good for about 10K miles at best. And by replacing them as well as the clutch, the car’s only going to return again and again and again. I do four or five a week on average. I would love to know how Ford intends to fix this.”

Despite the deluge of complaints, the National Highway Traffic Safety Administration, America’s alleged auto safety regulator, declined to open an investigation or order a recall.

Now, the cloak of secrecy has been lifted, and Ford must make good to its customers. Here is their latest response, through spokesperson T.R. Reid:

“We believe we brought a good product to market. We worked through some challenges in development, some issues developed subsequently, and we think we addressed them responsibly. These vehicles that are still on the road are safe, notwithstanding some issues took longer to address than we imagined, and we know it’s been a huge source of frustration for some consumers. We recognize that. As problems presented themselves, we thought we could address those problems and did eventually. We thought we’d be able to address them more quickly, in retrospect.”

Will the fact that Ford knew and lied about bad transmissions tarnish the Blue Oval like the emissions scandal tarnished Volkswagen. Keep watching Gildshire for the answers. We’ll follow the story.