Only an episode of Mad Men brought it home so clearly. The Draper family was enjoying a nice picnic as Don took a rare break from dating other women. After they ate their lunch, the family shook out the blanket and left the picnic refuse blowing around the park. It is hard to believe we treated our home like that. But, in the 60s, environmental laws were nearly nonexistent. Industries spewed out pollution, free from legal repercussions. Dirty air was the norm, but hardly anyone cared. This was the land of the free, and you had to be brave to drink the water! In rueful memory of those days, Gildshire celebrates Earth Day on its 50th anniversary.

People were working behind the scenes. One such individual was Gaylord Nelson. He had a germ of an idea that grew into an international celebration of Planet Earth.

Nelson began his environmental legacy when he was the two-term Governor of Wisconsin. After that, Nelson was elected three times to the United States Senate. For his entire 18 years on Capitol Hill, he worked on bringing environmental issues to the national stage. 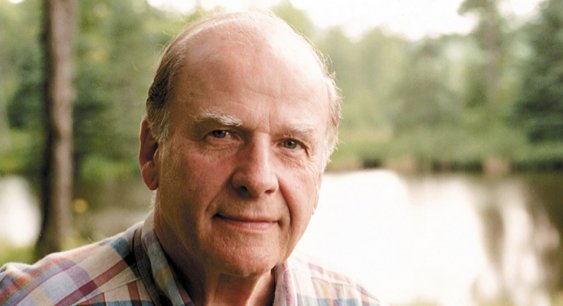 Sen. Gaylord Nelson (D-Wis.) The father of the movement. Gildshire celebrates Earth Day and his legacy.

Senator Nelson was fascinated by the anti-Vietnam War “teach-ins,” and how they mobilized a generation of college students to protest. The Senator believed he could harness the massive energy from the protest movement to raise awareness of environmental issues. Nelson imagined a National Teach-in on the Environment.

In September of 1969, Senator Nelson settled on the following Spring as a target for Americans to come together for the planet. His idea found fertile ground in an America that was younger, on average, than it had ever been before.

This was to be a different kind of “teach-in,” though. Instead of a massive national protest, Nelson’s plan was for localized protests all over the country, because unique environmental problems plagued different parts of the United States. Lake Erie caught fire. Los Angeles’ air was deadly. Dirty water was an issue in the South.

On April 22, 1970, in massive rallies all across the land, Americans in throngs demonstrated for a healthy environment. Twenty million people from over 1,000 communities participated. Many protesters were from elementary and high schools. Democrats and Republicans stood shoulder to shoulder. Union members and their bosses from management put aside their collective bargaining disagreements for a day. They did it for the Earth on which we all live.

Mr. Nelson’s idea was successfully implemented. The very first Earth Day brought political attention to the planet’s environmental diseases. It gave birth to the Environmental Protection Agency, and numerous other things that protect the environment. These include:

A decade later, Earth Day 2000 turned its attention to something that was only whispered by a few. That would be climate change. Almost 5,000 environmental groups in 184 countries participated. Hundreds of millions of people for making the Earth a better place to live.

Gaylord Nelson passed away in July 2005, ten years after receiving the Presidential Medal of Freedom from President Clinton. But, his legacy lives on. This year, a billion people worldwide will recognize Earth Day.

Don and Betty Draper set a lousy example for their children when they left their picnic detritus on the ground. Fortunately, times have changed, and our parks and highways are cleaner than ever before. Earth Day and Gaylord Nelson deserve much of the credit. Gildshire celebrates Earth Day with all of you, just as Gildshire celebrates Earth Day in remembrance of the man, and the movement, that started it all.

How Real Are the Claims About the Healing Power of the Sun?

Gildshire’s Predictions for the 2020 NFL Draft: Round One