Home » Our World » Happy Birthday Mustang! Your Future is in Doubt

Light the birthday candles for Ford’s iconic pony car. And then light a candle for its future. The news out of Ford is mixed at best even as they celebrate the most popular Ford ever built, and it isn’t even close. Happy birthday Mustang! Gildshire joins the party. Motor1 helped with the research.

Indeed April was a month to remember for Ford fans, in general, and Mustang fans in particular. It was April 17, 1964, that the Ford Motor Company first unveiled its newest compact to a smitten world. To celebrate the 56th Anniversary, Ford is touting the Mustang as the best selling sports car in automotive history.

The newest-generation (this is the sixth-gen) Mustang went global five years ago and is available in more than 145 countries. According to the carmaker, 633,000 sixth-gen cars have been sold around the world.

“But, there is something distinct and American about the Mustang. I have always thought that.”

Well, there is a lot of truth in that opinion. The worldwide sales number sounds impressive, and no one doubts the Mustang’s popularity. But Ford reports just over 100,000 units sold globally, and 72,489, or 71% of Mustang sales, was in the U.S. market. So the Mustang remains a domestic phenomenon, for now. But that could change.

The Mustang’s popularity is spreading to other regions. Germany saw a 33% increase in Mustang sales last year, while France and Poland each logged a 50% increase. Unfortunately for Ford, 2020 will almost certainly mark a steep decline in overall sales for every carmaker. The Covid-19 pandemic closed manufacturing and sales sites all over the world.
The Ford Mustang is built at the automaker’s assembly plant at Flat Rock, Michigan. The entire State of Michigan is a Coronavirus hot spot, with nearly 30,000 confirmed cases of the disease.

However, Gildshire sees some bright spots in the future for Mustang. We have spotted camouflaged prototypes that appear to be the newest Mach 1. It would replace the slower-selling (but fastest running) Mustang Bullitt, as the specialty Mustang. 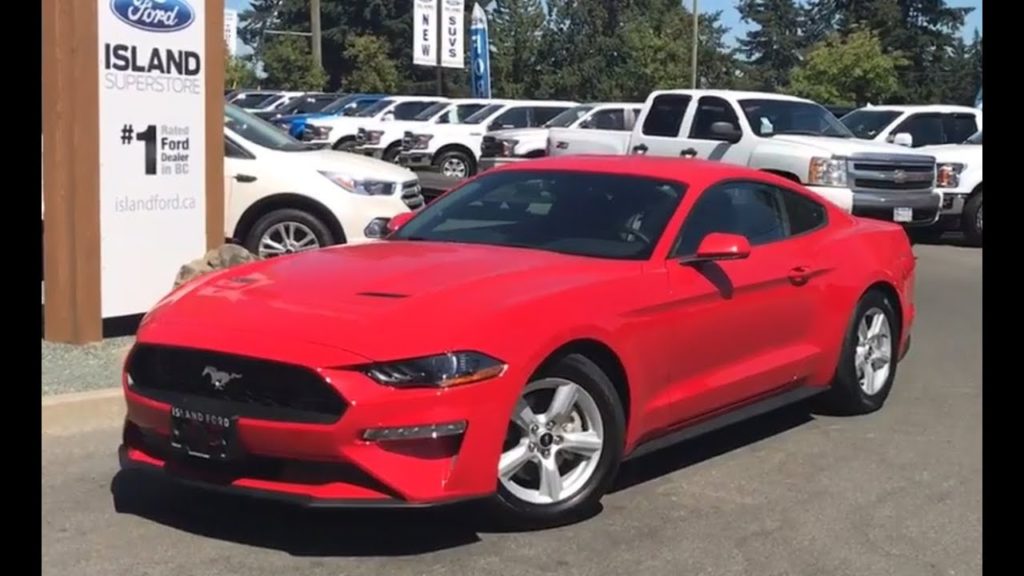 Happy Birthday Mustang! You have earned your spot in the automotive Hall of Fame

We shouldn’t be surprised when Ford pumps life into its best-selling car. The carmaker took a public beating last year when it announced that the Mustang would be the last remaining car on its vehicle list. That, combined with slower than anticipated sales of the new four-door model, meant that Ford’s reputation could do with a bit of burnishing. Hence, a blowout and nostalgic 56th birthday party for the Mustang. This, after Ford, was accused of putting the Mustang on the back burner.

“Well, the shelving of every other car in the brochure didn’t help.”

Of course, it didn’t. But, Ford officials say it gave them room to concentrate on new Mustangs.

“I’m skeptical. Didn’t the company say they couldn’t keep F-150s on the lot, but that cars were a harder sell? That sounds like the new Mustang may be the last Mustang”

They did say that, but in this case, both could be true. The F-150 outsells every other vehicle on the road. But, there are still those who view the Mustang with nostalgia. In that case, we join them in saying, “Happy birthday, Mustang. You have meant a lot to a lot of people.”

5 Tips for Cooking on a Budget