Home » Our World » How to Become More Tolerant

How to Become More Tolerant – Quote above by Helen Keller

Tolerance is defined as the ability or willingness to tolerate something, in particular, the existence of opinions or beliefs that one does not necessarily agree with. Being tolerant is something that is often discussed in the political world, but rarely is the amount of tolerance expected actually met by the everyday individual. In order to become more tolerant, one must understand what being tolerant is not and then be willing to practice tolerant behaviors.

Tolerance is not about being a doormat and simply following the crowd. However, being tolerant is about being respectful.

This is truly the key behavior that must be demonstrated in order to show and build a tolerance. No two people will ever agree about everything, but that does not have to mean intolerance. Respect that others may have different views and opinions. You do not have to agree, but you should respect their right to be different. In relation to being respectful, one should be peaceful. Those who are tolerant do not start conflicts purposefully or unnecessarily. Another concept that may often be overlooked is that being tolerant takes a great deal of courage. Tolerance is not about letting others force their opinions on you, but being courageous enough to know that you do not have all the answers and other opinions exist. 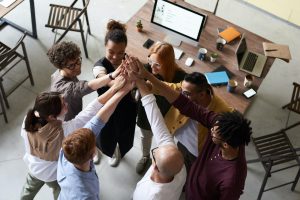 To become more tolerant you need to remember these few things. Additionally, prepare yourself for the challenge of tolerance by remembering that you too have a right to your opinions and beliefs.

Feel comfortable in what you believe, not like you must defend what you feel.

Also, be ready, to be honest. A simple statement such as: “I respect your opinion on that matter, but I do not agree. We will have to agree to have a differing viewpoint.” can go a long way. If you are truly open for discussion you may find that you have similar beliefs on many topics after all, just differing viewpoints in some areas. Tolerance could actually lead to new or stronger friendships if done correctly. Remember the world without diversity would be boring and being tolerant of such diversity can lead you to a richer life.

Romania: Never Forget the Tragedy of Socialism and Communism

What Could You Do With an 800 Dollar Loan?