The Indianapolis 500: History and Highlights

“The 500.” Those two words describe the most iconic car race in the world. The Indianapolis 500 is many grand things all wrapped up in an afternoon celebrating internal combustion. It’s the fastest cars, racing around an iconic oval track signaling the beginning of summer and the pure joy of going fast! IndyCar racing equals open-wheeled fun. NASCAR may have its adherents since the cars look more like cars and less like rocket ships. But, the Indy is 33 cars designed solely for going as fast as possible while staying earthbound. What can be better than that? Today, Gildshire looks at the past and present of the Indianapolis 500.

When was the first Indianapolis 500?

The Indianapolis 500 was first contested in 1911. Veteran driver Roy Harroun came out of retirement to win with an average speed of 75 mph. Besides being the first 500, this race was first in another way. Mr. Harroun rigged a mirror on his dash so he could see what was behind him. This was the first known usage of a rear-view mirror.

Which 500 was the most exciting?

You may get more than one answer to that one. The 1989 race to the wire by Al Unser Jr. and Emerson Fittipaldi was a great one. They dueled throughout the last dozen or so laps until they caught up with some slower traffic. The two greats weaved in and out of traffic with no more than a car length separating them. The cars came together on the last lap, and Unser’s car went into the wall. Fittipaldi went on to victory.

That does sound exciting.

It was, but we have to go back further for my very favorite of the Indianapolis 500 races. The Unser Jr./Fittipaldi race ended with one car spun out. In 1960 Jim Rathmann and Rodger Ward traded the lead a whopping 14 times! They battled each other up near the wall and down on the apron. Nose-to-tail lap after grueling lap. Finally, Ward’s tires started to give out, and he was forced to cede the win to Rathmann.

Unser/Fittipaldi sounds like fun, and Rodgers/Rathmann was close until Rodger’s tires failed. Have there been any Indy 500s that have been close at the end? 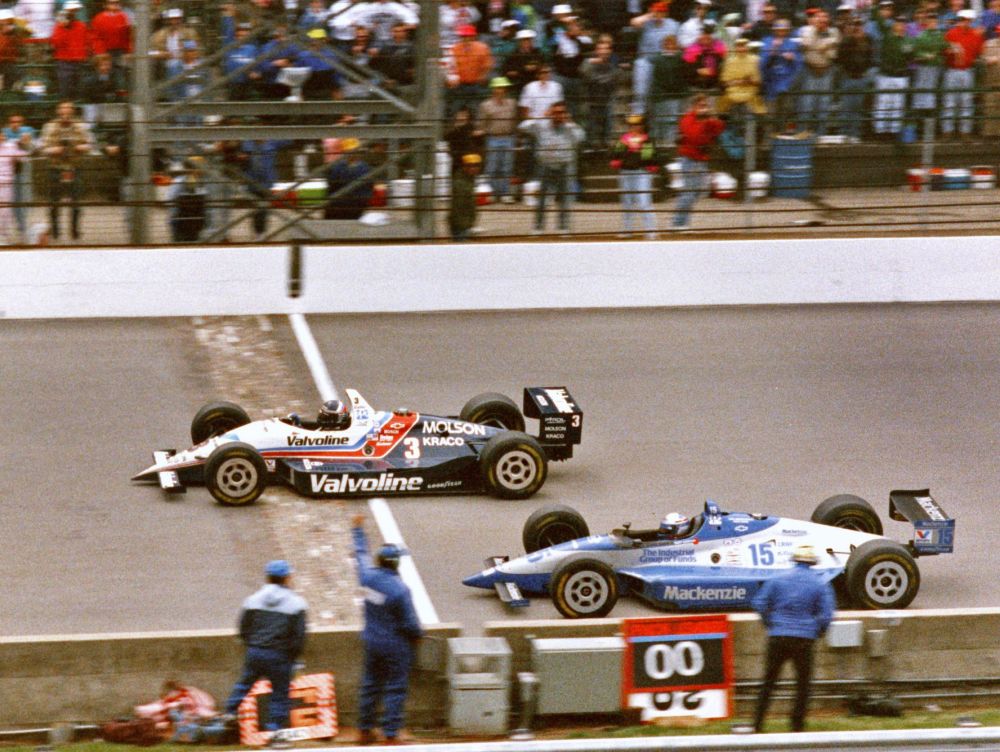 Al Unser nips Scott Goodyear at the finish line to take the 1992 Indianapolis 500.

The Indianapolis 500 held Memorial Day weekend 1992 featured Michael Andretti dominating the early laps. In fact, he led for 160 of the 200 laps that day. But, his engine failed eleven laps from the end. That was terrible news for Michael, but race fans were about to be treated to history. Al Unser Jr. took the lead, fighting off Scott Goodyear’s determined challenge in the waning laps. Goodyear ducked under Unser entering the last turn and tried to steal the checkered flag. Unser held on to win by 0.043 seconds. In other words, about half of a car length. The picture just above is from the end of the ’92 race.

What are some other favorite moments from the Indianapolis 500?

Most people remember 2015 and Danica Patrick for her fourth-place finish, but one of my favorite stories from the Indianapolis 500 came in 1977. That’s when Janet Guthrie became the first female driver to compete in the race. Faced with criticism and ridicule that would be called misogynistic today, Ms. Guthrie soldiered on. She was competitive until engine failure caused her to drop out.

So, who do you think will win this year’s race?

Alexander Rossi would be our pick. He starts on the outside of Row Three, and his Honda looks to be one of the quickest cars in the field.

Whether you place a bet or watch the Indianapolis 500 for pure sporting pleasure, enjoy the race! It should be a good one.

How Healthy is Sushi?

What is 5G Technology?