Hello everyone, from your friends at Gildshire, we hope that your Thanksgiving weekend is filled to the top of the gravy bowl with food, fun, and family. We’re going to let you take care of the food and family part, but allow us to step in with some fun ideas for the four-day weekend. After all, man does not live by turkey alone, but with pie and a movie thrown in for good measure. We think that’s in the Bible, but we can’t say for sure. Anyway, there are some good and great movies on the docket for this weekend’s viewing pleasure. It’s Thanksgiving weekend, ya’ll. Let’s find some films.

A film can achieve greatness because of a compelling plot. Other movies are superb because the cast is so assembled as to make greatness inevitable. When both are present, movie magic is possible. We’re not saying this movie is top of the top, but we are saying that the elements are present. It’s a throwback to the whodunits of old with some very modern twists. It stars Daniel Craig as Benoit Blanc, Chris Evans as Ransom Robinson, Ana de Armas as Marta, and Jamie Lee Curtis as Linda Robinson. Rotten Tomatoes 96, Gildshire 4.6.

Some movies aren’t ripped from the headlines but are timely enough that they could be just that. So it is in this tale of a black couple who run afoul of the law during a traffic stop. It’s good when an important film is also an entertaining night at the movies. It stars Daniel Kaluuya, Jodie Turner-Smith, Bokeem Woodbine, and Chloë Sevigny. Rotten Tomatoes 86, Gildshire 4.5.

The Two Popes rated PG-13 for thematic content and some disturbing violent images.

The curtain that hides the inner workings of the Catholic Church at its pinnacle is seldom drawn back. But, this movie offers a glimpse into a pivotal moment in the Church’s history. Namely, the circumstances surrounding the abrupt resignation of Pope Benedict, and the naming of his successor. It stars Jonathan Pryce as Pope Francis, Anthony Hopkins, as Pope Benedict, Juan Minujín, as Pope Francis when young, and Sidney Cole, as Cardinal Turkson. Rotten Tomatoes 88, Gildshire 4.7.

After Parkland, not rated. 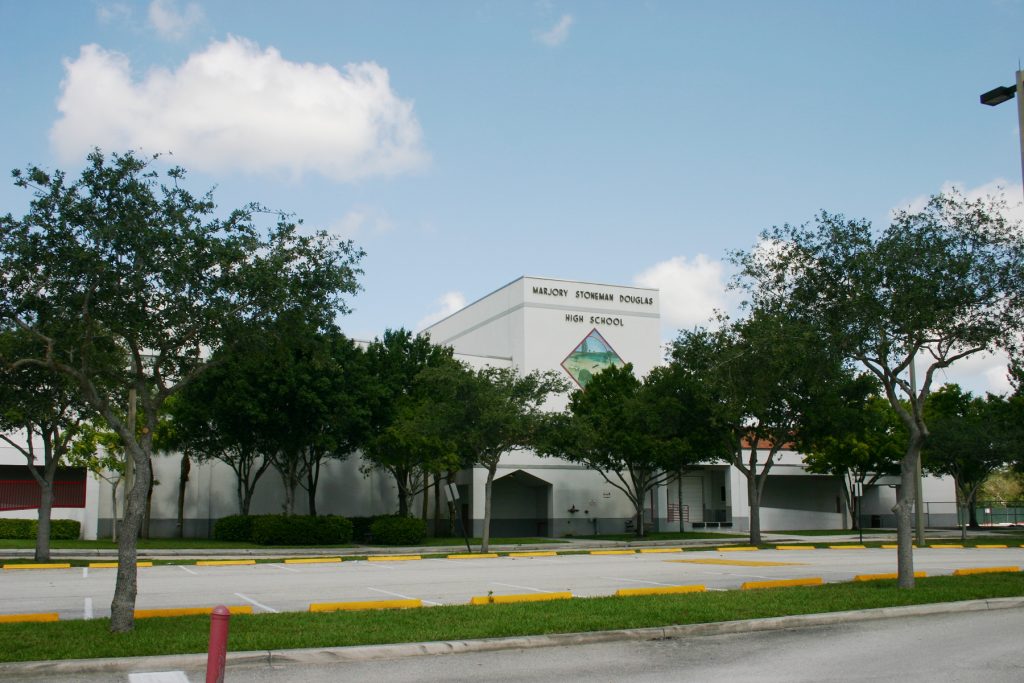 It’s Thanksgiving weekend. A good time to give thanks for ones you love, in a world where life is fleeting.

Indeed, this one is ripped from the headlines. A documentary filmed in Parkland, Florida, after the mass shooting at Marjorie Stoneman Douglas High School. In a heartbreaking 90 minutes, we see parents who will never stop grieving the loss of their children, but we also see children determined to see a change in their country. The message here is an important one for everyone to see, and an important one for those in power to understand. It wins the Gildshire Movie of the Fortnight Award. Rotten Tomatoes 100, Gildshire 4.8.

The Body Remembers When the World Broke Open, not rated.

Two indigenous women, on opposite sides of an ideological struggle, encounter one another on a rain Vancouver, British Columbia street. How will they find a tenuous common ground amid cultural struggle? That’s the theme, and it resonates with everyone who sees this movie. Ir stars Elle-Máijá Tailfeathers as Áila, Barbara Eve Harris as Sophie, Tony Massil, as Neighbour, and Anthony Bolognese as Jonah. Rotten Tomatoes 93, Gildshire 4.0.

How do we know it’s Thanksgiving weekend, besides the smells in the kitchen? Because every movie is rated four stars or better by Gildshire. It’s a great time to be a movie fan. Enjoy your weekend, and let us know if you need another copy of our Christmas wish list. Last year it got lost in the mail…and the year bef…