Every other week, Gildshire brings you movie previews for the shows that are opening that weekend. It’s one of our favorite features and one that our readers anticipate. But, what about the off-week? Are there any much-anticipated movies during those weeks? Don’t we care about movies during the week where there is no preview?

We swear by the name of D.W. Griffith, may that never be said!

A little over the top? Perhaps, but your friends at Gildshire are all about the movies, all the time. Today, we looked ahead in time, beyond the next weekend. What are the upcoming films that are exciting us, and turning our AMC A-List card a glowing red from the thrill of it all? Let’s have a look. The movies list in order of release date. They are much-anticipated movies for us, but are they for you?

A sequel to “Split,” Glass is David Dunn (Willis) pursuing Crumb’s (McAvoy’s) superhuman Beast through ever-escalating encounters. The shadowy entity of Price (Jackson) appears. He has secrets that are important to everyone involved. This isn’t only the first of our much-anticipated movies. It’ the most chilling one of the lot.

Baker Dill (McConaughey) is a charter boat captain leading fishing expeditions off Plymouth Island. His serene life is shattered, when his ex-wife Karen (Hathaway) appears in his tranquil life with a plea for help. She desperately begs Dill to save both her and their son from her violent new husband. Her plan is for Dill take the new guy on a fishing trip, but chuck him to the sharks before coming back to shore. Karen’s sudden appearance and grisly plan thrust Baker back to a life he had done his best to forget. How does Baker reconcile the past with the present? 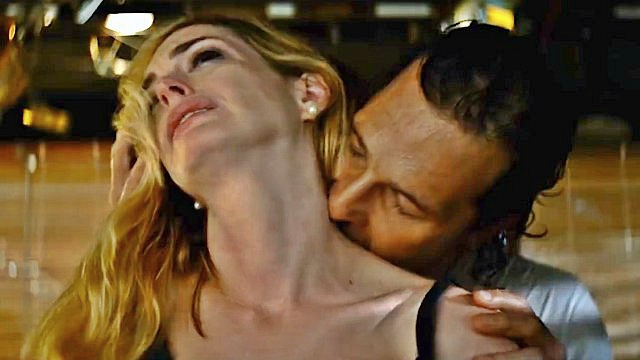 Is there a chance that Baker Dill still has feelings for his ex-wife?

Gloria (Rodriguez) finds herself more powerful than she could imagine when she’s drawn into the dangerous border crime world. Survival will require cunning, strength, and cleverness. This film is based on the Spanish-language movie of the same name.

Natalie is an architect who works in the Big Apple. She is a hard worker, just craving recognition for her work and dedication. Unfortunately, she’s more often asked to run and get bagels and coffee than to help design New York City’s newest skyscraper. A lifelong cynic where love and romance are concerned, Natalie gets mugged and goes unconscious. When she awakens, she discovers that she’s inside a real-life rom/com in which she stars.

A recently kicked to the curb divorcee (Cocquerel) sets plans in motion for a wedding-sized divorce party to try and get his strewn life back in order, but things don’t go exactly as planned.

Inspired by historical events, this movie is a timeless, romantic tale of faith and bravery during difficult times. A Greek peasant girl Anna Christina (Raymonde) and a Colonel in the Turkish Ottoman Army (Zane) fall in love at the dawning of the great Greek war for Independence.

Every one of these upcoming films has aspects that make them much-anticipated movies to us. We can’t wait to check them out for you before they release in our bi-weekly column, or see them with you after the release. Enjoy the anticipation.