Have you ever gone on a road trip? Were you alone where you had the chance to listen to whatever music you wanted and practice a little self-reflection? Or were you with others, talking, laughing, and perhaps fighting a little? When you’re on the road for a long time, it becomes challenging to ignore what’s going on emotionally with yourself or others with you. Road trip movies try to encapsulate that tension, putting characters in a small space together and watching out how it plays. Here are the best examples:

Road trip movies don’t need to involve a car, they can be about any vehicle. Easy Rider is about two hippie bikers – Wyatt and Billy – who use the money earned from smuggling drugs to get to New Orleans. The two hippies come across all kinds of characters in various small towns, experiencing discrimination and danger. An iconic example of the counterculture on the screen, this film still resonates with anyone who doesn’t fit into society.

In her first big film role, Abigail Breslin stars as Olive, a quirky young girl who got into the finals of a beauty pageant. She and her family – which includes a depressed uncle, a drug-addicted grandfather, and a brother who won’t speak to anyone – pile into their VW bus. Best described as a “black comedy,” Little Miss Sunshine explores the family’s relationships, their pain, and their love for each other. 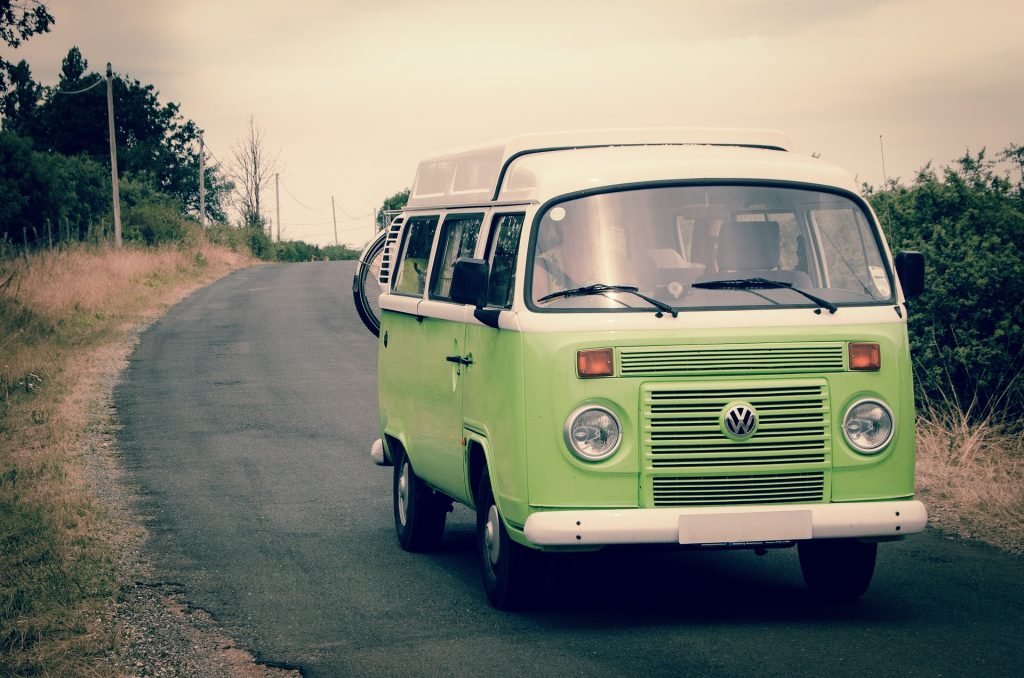 A unique film shot in black-and-white, Nebraska follows the story of Woody and David, a father and son on shaky ground. Woody is an alcoholic without direction, but when he gets a letter in the mail saying he’s won money, he enlists his son David on a 750-mile road trip to Lincoln, Nebraska. Is the letter real or a scam? David is pretty sure it’s fake, but his dad won’t stop talking about it, putting them in danger. Nebraska was nominated for six Academy Awards, including Best Actor for Bruce Dern.

A Spanish-language film, Gael Garcia Bernal stars as a young Che Guevera. Based on a memoir of the controversial revolutionary leader, The Motorcycle Diaries follows Guevera as he and a friend get an up-close look at Latin America from their bikes. The trip reveals the injustices and inequalities throughout the continent. Guevera begins to develop the ideas that shape the course of his life.

One of the most famous road trip movies, the original Vacation introduces us to the Griswold family. They need a vacation, so the dad, Clark, decides he will drive everyone to California to visit an amusement park. Despite his wife’s wishes that they fly, Clark believes the road trip will help the family bond. Of course, disaster ensues at every turn. Vacation was followed by three sequels and a reboot.

Friends Raoul and Dr. Gonzo drive through Las Vegas, taking as many drugs as possible and mourning the end of the 1960s. The depiction of their hallucinations gives the film a distinct, polarizing tone, which is defined as a “psychedelic satire.” While it bombed at the time, it’s now considered a cult classic. It’s based on Hunter S. Thompson’s novel of the same name.

Interested in heading off on your own road trip? Why not the Oregon Coast? If you love the ocean, rainy days, and unique towns, this is the trip to take.