Home » Our World » The Ten Least Tax-Friendly States for Retirees

There are states that invite retired folks to come and “set a spell” through their tax and fee structure. Other states aren’t quite so hospitable. In fact, there are some states where quite the opposite is true. Folks approaching retirement might need to save a little monthly coin. Gildshire has the back of people entering their Golden Years. We went to work finding the state’s retirees might want to avoid. Here are the ten least tax-friendly states for retirees.

The Empire State is a mixed bag. New York doesn’t tax Social Security or public pensions, but the capital gains tax is 31.6%. That is the second-highest rate in the country and might affect retirees who have done well in the bull market. The average property tax is a little over $3500 a year. Not too bad when you consider the average New York home costs $306,000. But then there is the matter of affording a mortgage or rent on almost 1/3 of a million dollars.

Take a drive through the Holland Tunnel and find yourself in a place worse than New York when it comes to taxing retirees. The average property tax bill in The Garden State is $6,579. Imagine that. You are into your house for almost $600 a month and you haven’t paid the mortgage or heated the joint. Is there any relief for retirees? Why yes…once you have lived in the state for 10 years.

Hidden in the fact that homes are less expensive in the middle of the country is this nugget of truth. Nebraska has the sixth-highest property tax rate per thousand in the nation. Social Security is taxed as well. Nebraska, in an effort to land lower on the Gildshire list, made some changes. Starting in 2015 married couples with an adjusted gross income of $58,000 or less and single taxpayers with AGI of $43,000 or less won’t have to pay taxes on their benefits. Yes, we have that kind of clout. The corn-fed Nebraska legislature fears Gildshire.

Sing with me. “Open up that Golden Gate!” Open up that wallet as well. California pays the highest income tax in the country. It also has a state sales tax that can grow to 10% if you live in a city that adds its own to the state’s already high sales add-on. Social Security isn’t taxed in California, but all other forms of retirement income face income tax. Property tax rates are low. That’s good. There are no property tax breaks for seniors. That’s not good. 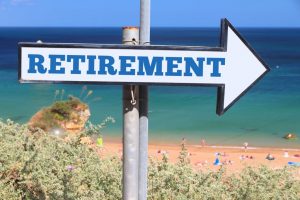 Ah, the mountain air smells sweet enough to can and send to Oklahoma as a Christmas present. Enjoy it, because the tax man’s comin’ round the mountain when he comes. There is no sales tax in Big Sky country, but the state’s top income tax kicks in at just $16,700 a year. Homeowners and renters 62 and up can apply for a $1000/year income tax credit once they have lived in the state for nine months. This little bonus is for those who have occupied the same dwelling for six months and have a household income less than 45k.

What is the meaning of this? It appears the prettier the state, the higher the tax burden. The home of the Oregon Ducks has one of the USA’s highest state income taxes, and retirement income (except for Social Security) counts. Capital gains are taxed at the third-highest rate in the country as well. Oregon does allow residents to subtract their current year’s federal income tax liability, after credits, up to $6,250 based on income and filing status. There is also a retirement-income credit for seniors with certain income restrictions.

It is cold in the North Star state. But don’t worry. The government is busy heating up your debit card. Minnesota taxes Social Security income to the same extent as the federal government (up to 85%). Pensions are taxed even if they’re military, federal, or state government or private retirement pensions. The well-to-do should know one more thing. In 2013, Minnesota added a top income tax of 9.85% on income of more than $250,000 for joint earners.

For retirees, there is myriad bad news coming out of Connecticut. The property tax on an average Connecticut dwelling is almost 5k, though the value of the said home is lower than in many other states. Some cities and towns add a little extra frosting on top of that property tax cake as well. Income tax is assessed on all forms of retirement, though military pensions get a 50% break. Connecticut also has a hefty estate tax.

Is there a prettier sight than the changing colors during a Green Mountain autumn? Probably not. Is there anything more infuriating than paying 6% state sales tax, 1% local sales tax, and 3-4% liquor tax on a glass of beer to drink while watching the fall colors in a Vermont restaurant? Again, probably not. Vermont property taxes are in the top 15% of the country and can grow as cities and municipalities add their wood to the tax fire. Social Security gets taxed as well.

Little Rhody? Say it ain’t so, Rhody! But it is true. Social Security is taxed up to 85% depending on the taxpayer’s bracket. All other forms of retirement are taxed as well. Property taxes are 11th highest in the country. The maximum tax rate on estates is 16%. Is there any good news? Yes, there is a nice deli just down the street from the Rhode Island State Capitol Building in Providence.

Now you know the good (Wyoming and Alaska) the bad (Vermont and Connecticut) and the ugliness that is the Ocean State. Such a shame. That deli is delicious.

Gildshire hopes, wherever you go, happiness awaits and the sound of joy fills your heart.