Uber in Trouble For Sending Faulty Cars to Singapore

Ride-sharing service Uber is prominently in the news, and much of it is good news. Gildshire Magazines recently proved that UberEats will deliver a Big Mac to your office in less than a half hour. In some circles, that is very, VERY good news. However, Uber has received more than its share of negative publicity. They have made repeated efforts to strong-arm their drivers when they considered unionization. That’s an ongoing issue in the Seattle market. Their service has had its share of complaints. Now, Uber is in trouble for something else. According to MSN Autos, Uber sent faulty cars to Singapore, and (per Tech Crunch) did it knowingly. 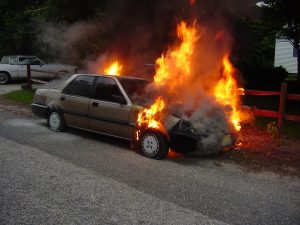 Honey, I think your Uber is here!

Details are breaking fairly quickly, but this is what we have learned. The ride-sharing company bought over 1,000 Honda Vezels, intending to lease them to Uber drivers in Singapore. However, Uber purchased the Vezels after Honda issued a recall. Why the recall? Because an electrical component under the hood could overheat and catch fire.

Worse news yet, the defect has already resulted in one incident. A driver’s dash and dash components melted from the fire. Luckily, he escaped uninjured.

The problem exposes a questionable ethical issue on the part of  Uber Operations. Central to the problem, Uber opted to buy its cars from auto importers rather than licensed dealers. It had exhausted local used-car dealer supplies. Uber’s importers operate in a legal gray area and didn’t fix the affected Vezel vehicles in a timely manner. Honda wasn’t obligated to fix the cars and Uber kept the vehicles on the road.

Eventually, the ride-sharing company responded…in a manner of speaking. Drivers can take their vehicle to a repair shop that will deactivate the faulty part. Okay, as far as it goes, but Honda doesn’t approve. In fact, the bad piece needs fixing, rather than ignoring.

The company’s communication skills, when it comes to their drivers, is also under fire. Uber told the drivers that “immediate precautionary servicing” was needed. However, the company said nothing in the memo about a fire hazard. A website provided to the drivers also failed to mention a fire hazard.

What does it all mean? Just one more black eye for a ride-sharer intent on changing the way we get around, hopefully without bursting into flame.

Shapr: Networking For The App Age