Home » Our World » Used Cars That Are Dogs on the Market

Buying a used car while never a pleasant experience is less harrowing than it used to be. We don’t say that because the salespeople are any more forthcoming, or because financing is cheap. No, car buying is more pleasant today, because cars are simply built better than they were a generation ago. The days of the lemon on the lot are nearly behind us. Not that every car will go 250,000 miles without a problem. But, the used vehicle you purchase today is likely to be a reliable hauler for 100,000 miles, if not more. That said, there are used cars that are dogs on the market. Are they built poorly? Not necessarily, but they never struck a responsive chord with the buying public. Gildshire, with Forbes‘ and Consumer Reports’ help, found the used cars that are dogs and brought them barking to you.

Nissan’s full-size Titan truck sells well, but the heavy-duty alternative barely makes a blip. It’s capable, plenty comfortable, and a decent driver for its size. But Ford, Chevy, and Dodge trucks whip it in the towing/hauling game. 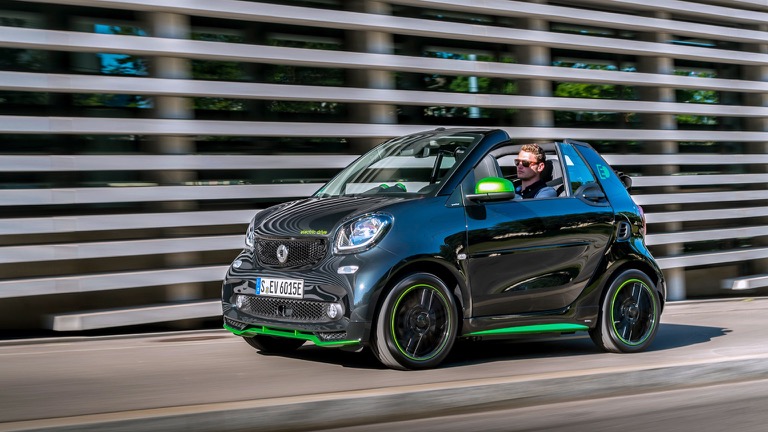 We suppose, though, that there is something to be said for used cars that are dogs and also stylish little rides.

Poor gas mileage ended the gas version of the Smart Car. Now, the all-electric Smart is struggling to find its way. It’s stylish looks, and low initial cost might get you to consider this car. But, it’s a particularly cramped two-seater, and freeway driving can become anxiety-inducing. We could forgive those problems. But, the ForTwo’s range on a full charge is a feeble 58 miles. With the advances that have been made in battery life, we cannot forgive a range of fewer than 60 miles.

This is a car for you…15 years ago. The tech and refinements would have seemed exciting in 2015. Unfortunately, Dodge never took care to keep this Journey modern. This midsize crossover lags behind the competition, and that isn’t just because of the standard too weak four-cylinder engine and four-speed automatic transmission from long ago. It’s your Dad’s car, and the one you learned to drive. No one wants to drive that one forever.

A choppy ride, and the languid acceleration you would expect from a three-cylinder engine. One wonders why Mitsubishi would put its respected nameplate on this one. Fuel economy (43 mpg/highway) cannot be a car’s entire reason for being. But the Mirage offers nothing more that Gildshire could find.

It doesn’t feel like this car belongs to this particular list. The Maserati Ghibli is good, but for the money, you can do so much better! You don’t spend the kind of cash that you have to layout for this car to get sloppy handling and a ride that feels like it comes from Peterbilt. Keep shopping, and you will end up much happier, and with an intact spinal cord. You’ll appreciate that 300 miles into your next road trip.

Those are the used cars that are dogs on the market. Keep the faith, because used cars looking for a good owner are waiting for you.