Feb. 14 is Valentine’s Day, as most of you already know. For those to whom that is news, I suggest 1-800-Flowers. Pay whatever is necessary to get next day delivery. But, who was St. Valentine anyway? Is he still a saint (the Catholic Church changes its mind on these folks every once in a while)? How did he become involved with boxes of candy? Gildshire’s crack investigative team was commissioned to answer these questions and find more Valentine’s Day facts, trivia, and nonsense.

Let’s start with the most obvious one. Was St. Valentine a real person?

That is correct. In many parts of the world, that is more common than celebrating individuals on the anniversary of their birth, which appears to be an American tradition. Across Europe and into Asia celebrations marking the day someone died is common.

You said “nonsense.” Let’s hear some of that.

Yes, about that. Ah, but romance is eternal in the breast of the young and in love. 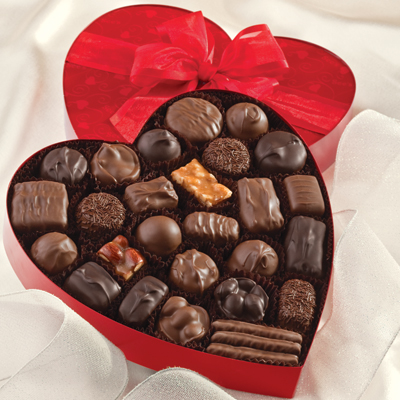 Valentine’s Day facts are much tastier with chocolates.

When did the tradition of sending a card on Valentine’s Day begin?

It seems that Charles, Duke of Orleans, first used the term “valentine” in a love letter to his wife while he was imprisoned. Sadly, the Duke served 25 years in the joint and was never reunited with his wife, who died before he was released.

Too sad, why was he in prison?

The French civil war between the Armagnacs and the Burgundians. Charles was an unlucky member of the Armagnacs. One Valentine’s Day card tradition, however, didn’t begin with Charles. He signed his name at the end of his letter. The custom of substituting an “x” for a signature began later. The “x” represented the Christian symbol of the cross, and the letter-writer would kiss the cross before sending the letter. That’s how “sealed with a kiss” came to be.