Home » Style & Creativity » What are the Best Kids Fairy Tales?

There are many fairy tales enjoyed by kids all over the world but perhaps the most famous is Cinderella. There are thought to be over 1,000 different variants of Cinderella and depending on where you live, you may hear a slightly different tale, but the crux of the story remains the same. 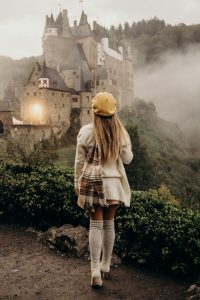 Having enjoyed a makeover from her fairy godmother, Cinderella was able to attend the ball, despite the wishes of her wicked stepmother and sisters. Cinderella meets a charming prince at the ball, and he manages to track her down thanks to her lost glass slipper. The fairy godmother told Cinderella that at midnight, everything would change back to how it was before she was transformed and as she rushed back to her golden carriage, the glass slipper fell off her foot on the staircase. The prince searched for Cinderella by calling on random houses and asking young women to try on the slipper, but it did not fit anyone until he came across the house of Cinderella.

The Cinderella story has been used many times in books, films, and television shows.

Jack and the Beanstalk

Another of the classic kids’ fairy tales is Jack and the Beanstalk. In many fairy tales, the story features a young woman but this one is about a boy who trades his family’s only cow for a handful of magic beans. Jack was supposed to exchange the cow for food but instead went home with the beans, which were thrown out to the garden in disgust by his mother. However, in the morning, a huge beanstalk had grown from the magic beans and Jack climbed up until he reached the sky. A kind woman gave him some food but soon her husband, a big ogre came home, and said,

I smell the blood of an Englishman,

Be he alive, or be he dead,

I’ll have his bones to grind my bread.”

As Jack sneaked away from the sleeping ogre, he stole a bag of gold coins and returned again to steal other valuable items. However, Jack was caught stealing a harp and was forced to cut down the beanstalk as the ogre chased him.

Beauty and the Beast

Beauty and the Beast is regarded by many people as being the best kids’ fairy tale of all time. The story was first published in London in 1756 and is perhaps the most heart-warming of all the fairy tales as a beautiful princess falls in love with a beast. Despite his outward appearance, the princess recognised the inner value of the beast and when she tells the beast she loves him, he is transformed into a handsome prince. When the beast was originally a prince, an evil fairy put a spell on him, and he would stay a beast until a maiden loved him for who he truly was.

There are plenty of other great kids’ fairy tales, one of which is Little Red Riding Hood. This fairy tale perhaps acts as a warning to children that they should do as they are told as red deviates from the path in the woods. Her instructions were not to step off the path as she went to visit her grandmother and her failure to follow the instruction leads to an encounter with a talking wolf. The wolf intends to eat and impersonate grandma, which he does but just as he is about to eat Red, a passing hunter saves the day with his ax.

The Practical Importance of Mini Cutters: Exploring Its Usages