Why Do Some People Have White Patches On Their Skin?

Home » Healthy Lifestyle » Why Do Some People Have White Patches On Their Skin?

From the time he became famous as a child to his tragic death, Michael Jackson’s appearance radically changed. The biggest difference was his skin color. People often accused him of trying to “become white,” but time and time, he owned his identity as a black man. What was causing the change? In his autopsy, the word “vitiligo” appeared. What is it? 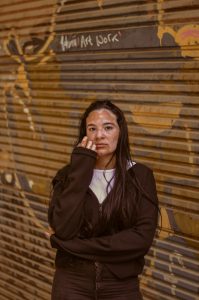 Why Do Some People Have White Patches On Their Skin?

Vitiligo is a non-painful medical condition that causes the skin to lose its pigmentation. White patches will appear on the skin, especially around the armpits, groin, and around the eyes and mouth. It typically appears when a person is in their 20’s, but it can start at any time. Sometimes the white patches spread, other times they don’t. There’s a lot of mystery surrounding the condition. Doctors and researchers don’t even know what causes it, with some saying it’s an autoimmune disease, and others saying that a one-time event like stress can trigger it. It seems to have some genetic components, but people with vitiligo have had children with no symptoms.

Because vitiligo doesn’t have any additional health consequences, treatment tends to focus on the physical. Treatment can include oral medications, UVA light, skin grafting, and creams. Some people choose to even their skin tone by removing the pigment from the rest of their skin, while others simply try to reduce the stark contrast between their skin and the white patches.

The psychological distress of vitiligo is clear in the case of Michael Jackson accused of betraying his race, and others have faced severe bullying. Winnie Harlow, a model with vitiligo, called a “cow” by her peers, faced bullying. While Sierra Leone-born ballet star Michaela DePrince called a “devil child” faced similar abuse. Others have reported treatment as if they were contagious or asked questions like, “Did you get burned?” Vitiligo is not restricted to any one race, but black people and those with darker skin tones are more singled out because the contrast is so clear.

Hopefully, as more famous people open up about vitiligo, others will feel more comfortable and confident, and society as a whole will become more compassionate and more understanding.

Interesting and Creative Ways to Take Care of Your Well-Being

6 Ways To Eat An Avocado (That Aren’t Guacamole)