Home » Our World » All The Small Things: Microfossils Stun Scientists

Science constantly evolves, because we’re always finding new things that cast doubt on what we thought we knew. You’ve probably read about some of those new things in our science news magazine online. When it comes to the origin of life and our universe, scientists develop intriguing theories based on tiny fossils known as microfossils.

Anything can become a fossil. While we’re used to seeing fossils of plants and animals, even the smallest forms of life can leave behind impressions in rock or become embedded. Electron microscopes allow scientists to study single-celled organisms, bits of pollen, and other evidence of life too small for the naked eye. 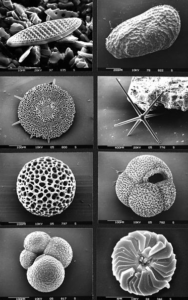 So tiny that when you line up eight of them, they’re only the width of a hair, microfossils dug up in 1982 have just been fully-analyzed. Without advanced-enough equipment, scientists weren’t sure if they were minerals or something biological. They were able to learn that the microfossils were 3.5 billion years old. This makes the microfossils some of the oldest ever found.

With technology caught up, scientists finally analyzed the microfossils. They exposed the fossils’ surface to a scanner, which meant first grinding away the rock and quartz that surrounded the fossil in an agonizingly-careful manner. Once scanned, scientists isolate carbon isotopes from the fossils. The results? The microfossils are definitely biological. One of the species show signs of early photosynthesis, while others produced and consumed methane. Because the microbes are so diverse, it indicates that life might have begun even earlier than 3.5 billion years ago. 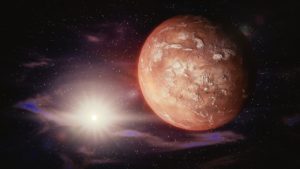 Other studies reveal similar evidence. Found in volcanic rock, hematite tubes might have housed teeny bacterial colonies born in the high temperatures of hydrothermal vents. Their age? Between 3.7 and 4 billion years. At that time, the earth consisted of a barren landscape of water, rock, and hot vents. If life could form in an environment like that on earth, could it have done the same on another planet like Mars?

Small fossils dug up in Eppelsheim, though not micro-sized, may be telling a new story about humans. Unearthed in 2016, the two teeth are 9.7 million years old, which makes them way older than anything found before in the German town known for its wealth of fossils. The canine tooth is what interests scientists, because it bears features similar to Australopithecus afarensis, or, “Lucy.” Lucy, however, is only 3 million years old and found in Africa.

News outlets leapt at the new discovery, saying that it throws the “Out of Africa” theory into question and could “rewrite human history.” Did we originate in Africa and then spread out, or does the discovery of these ancient teeth prove humanity began somewhere else? The short answer is we don’t know. The teeth haven’t been thoroughly-analyzed yet, and it seems likely that the teeth’s owner belonged to a distant relative that’s now extinct. That means scientists didn’t actually find evidence of the “oldest human.” It’s still a groundbreaking story, however, and shows how even the smallest fossils can shake up our ideas  about the past.

Health News: The Danger in Your Bathroom, When Parents Argue and Medical Marijuana