Fashion designers do NOT all come to New York Fashion Week sporting the same kind of attitude. Some designers want to exude class from every pore. Others want to show off their line as beautiful and practical at the same time. Some designers bring the fun! Only a few designers embrace the chaos as Jeremy Scott embraces it. From his tops that screamed “Riot,” and “Exude” at the last show, to the riot of explosion and color at the Fall show just past, Mr. Scott is at the forefront of the lights and noise, even if he brings it himself. Gildshire’s Lev Radin was at the Jeremy Scott show during New York Fashion Week. The photos are his…but the cacophony was all about how Jeremy Scott rocks. 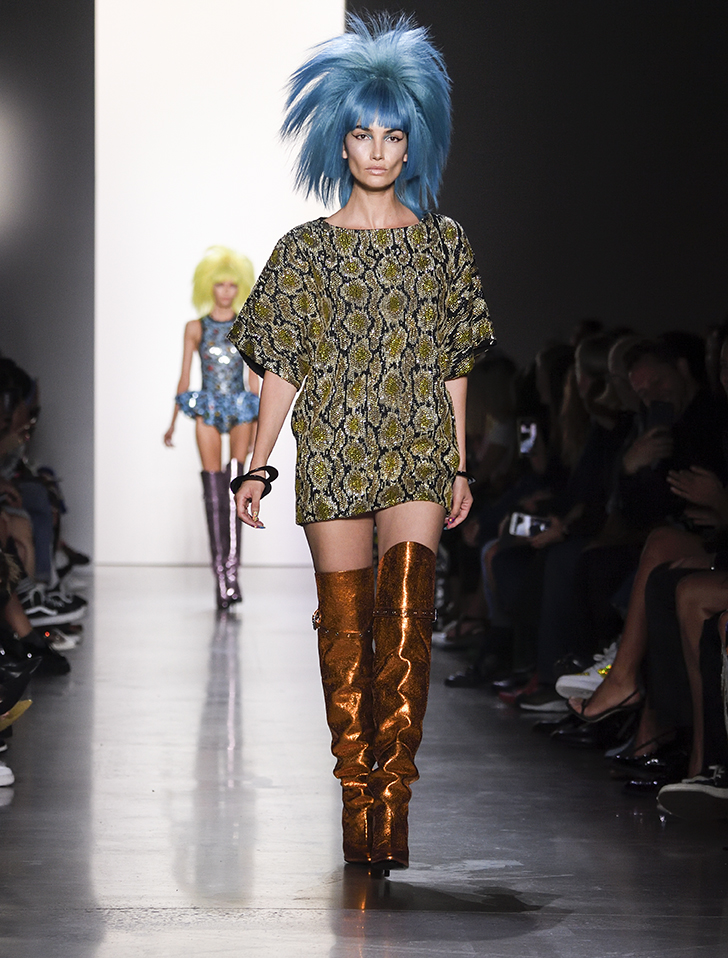 Tell me a little more about Jeremy Scott.

As most fashionistas and fashionista-adjacent folks know, Jeremy Scott is the creative director of Moschino. He is also the sole owner of his namesake label. Since Scott’s line of clothing came to be in 1997, he has reveled in the spectacular and the outrageous. This year, he managed to fuse the day after the day after tomorrow with an unexpected nod to the past. Scott channeled the likes of David Lee Roth, and the Misfits in his spring 2020 collection, It was an acid-washed, big-hair celebration of the 80s. Is this your rock and roll fantasy? Jeremy Scott believes enough people will say, “Yes, please,” to make his line a smash hit! 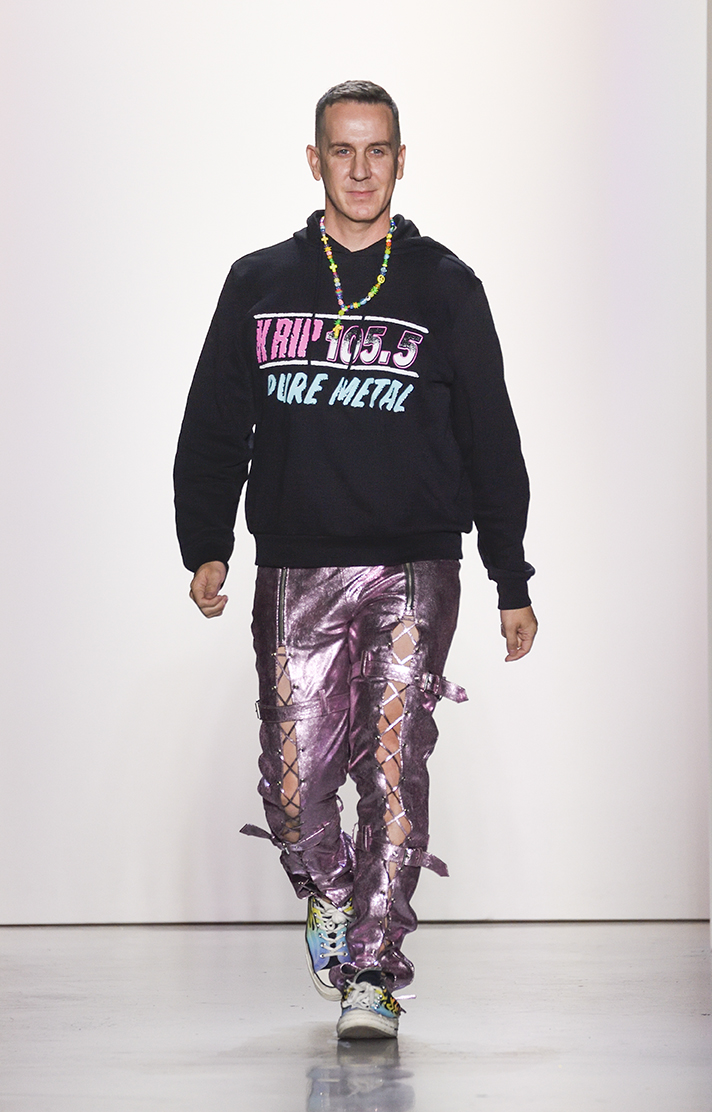 When asked about his New York Fashion Show offerings, Jeremy Scott was uncharacteristically understated. Peppered with questions about leather fringe skirts paired with zebra-patterned leggings, or Spandex shorts with tailcoats, Mr. Scott smiled. The green cheetah minidresses matched with tinfoil (we believe “pre-crinkling” the foil was a great idea) biker jackets were a huge hit. To that, Jeremy Scott said,

“I just wanted to play.”

As much fun as was being had on the runway, drama to make you gasp was playing out in the first few rows of the assembled gallery. Models who have walked the catwalk for Jeremy Scott came out as being in a relationship with a well-known rapper. Other, once hot, couples appeared to be wilting before our very eyes. This might be unseemly at a more buttoned-up show. But, Jeremy Scott took little notice, because chaos is his stock-in-trade. His fans would have it no other way.

“What was Gildshire’s favorite piece?”

That’s a hard one since we grew up in the hey-day of hair bands and blonde bouffants. The electric floral bloom dresses reminded us of confectioner’s sugar in a classic bakery window. They made our teeth hurt deliciously. But, the whole show was one more reason to say, “Jeremy Scott rocks,” and we love that. Let’s face it, Gildshire loves Jeremy Scott’s style, and his style. That’s a win/win.