It seems that the best way to judge future innovations in the automotive market is to pay attention to the vehicles that deliver your stuff to a warehouse or your home. Tesla’s delivery semi made a splash last year when it joined forces with Walmart for long-haul delivery services. Many observers believed that was a harbinger of Elon Musk’s team winning the delivery game. But, we know that the race doesn’t always go to the hare. Amazon and Rivian just made news when the former sent a massive order to the latter. The e-commerce giant that seems to be in the process of taking over the world just requested 100,000 units of the new Rivian electric delivery van. Soon, they will be on the road from coast-to-coast completing one-day delivery of, well, everything. Gildshire was intrigued, and Motor Trend helped with the research.

So, by “soon” do you mean next month or next year?

Not that soon, but soon, nevertheless where 100k vehicles are concerned. Rivian’s new electric commercial vans are scheduled to begin delivering items to Amazon customers sometime during 2021. This per a statement from Amazon. The company wants to have 10,000 electric delivery vehicles on the road by mid-2022. All 100,000 electric Rivian vans should be in service by 2030. Amazon claims this as the biggest single order of electric delivery vehicles in automotive history. 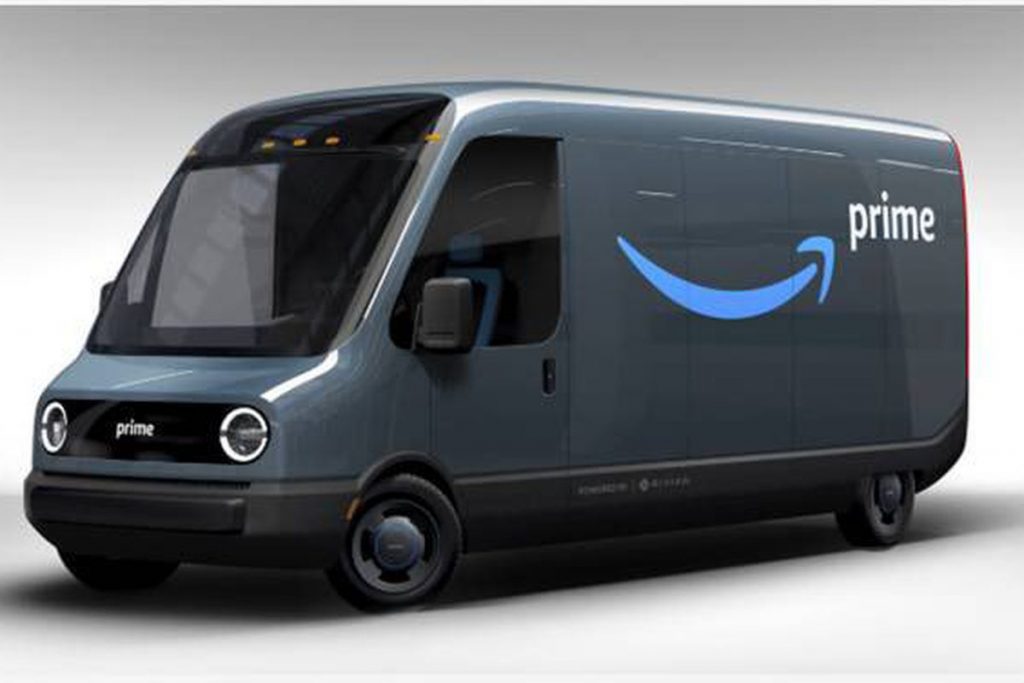 Amazon and Rivian look pretty good on the same van.

What is Amazon’s motivation for doing this size of order right now?

This van order is a large part of Amazon’s plan to become a net-zero carbon emissions company by 2040. By the time all 100,000 Rivian electric vans are in use, Amazon claims it will net savings of 4,000,000 metric tons of carbon a year.

That would make a significant improvement.

It would and that is why this partnership between Rivian and Amazon has been advancing quickly. Earlier this year, Amazon announced that it was the leading contributor to a $700 million investment kitty for the electric vehicle startup. Amazon injected $440 million into the budding company, to speed up EV development. But just then, another major automotive player joined the fray.

Someone big enough to compete with Amazon? There aren’t many of those around?

Ford dropped a half-billion dollars into Rivian, with the stated intention to adopt Rivian’s proprietary flexible skateboard platform for a new electric vehicle with the blue oval Ford badge.

In spite of the wads of cash coming into Rivian from outside sources, the company is not resting on its laurels. Late last year, Rivian revealed its own all-electric pickup truck and SUV. These siblings are expected to enter into actual production by late 2020.

Does the power and prestige of Amazon move the needle toward electric vehicles for commercial use? Actually, if any company can offer immediate credibility to new technology, Amazon can about as well as Apple or Microsoft. Such is the reach of the company with the smiley logo. Now, as long as the new tech doesn’t involve smoking hunks of metal parked alongside the road, EVs should begin to make a mark on the landscape. Gildshire will watch the Amazon and Rivian marriage and let you know what we find out.