The Number of Billionaires is Growing. Is That a Good Thing?

Home » Our World » The Number of Billionaires is Growing. Is That a Good Thing?

Barenaked Ladies (I’ve always wanted to start an article with those words) wrote a song titled, “If I Had a Million Dollars.” In it, the singer detailed what he would do with that untold wealth. Now, he wouldn’t even be invited to the best parties, or be driving the best car. The cool kids at the top of the ladder are billionaires today. In fact, the number of billionaires is growing exponentially. Gildshire wonders about the phenomenon. Is it a good thing that the number of billionaires is growing, or does it say something about our economy that we don’t want to know? Let’s examine the question.

How much are a billion dollars in everyday terms?

If I had a billion dollars and lived for 100 years, I could spend $27,397.26 a day from birth. That means I could buy two Audi A6s, take three vacations to Hawaii, and put three generations of family through college every month for a century.

Is that what they mean by “obscene wealth?”

Some would say that, but others would say that’s the definition of successful. It’s all in your perspective. The thing is, the proverbial American Dream means making it to the top. The unspoken part of the American Dream is that “the top” has no absolute. So, if you are good enough, smart enough, and lucky enough, there is no limit to what you can and should make.

That sounds great! Can you book me on the next flight to Wall Street?

Sure, but first let’s look at a billion dollars, and billionaires through a different lens. Forbes Magazine began listing the 400 richest Americans in 1982. At that time, there were 10-15 billionaires, depending on your calculations. The richest person had $2,200,000,000. In other words, $5.2 billion in 2019 dollars.

In 2019, Forbes’ Top 400 list is made up entirely of billionaires. The richest is Amazon founder Jeff Bezos, worth $160 billion.

That kind of wealth should yield significant taxes for police, firefighters, and infrastructure. Or am I being naive?

The super-wealthy spend a great deal of time and resources, making sure their taxes stay as low as possible. They go a little ballistic if someone suggests that they pay a few dollars more. Conservative radio host Rush Limbaugh (spokesman for many of the uber-rich) invoked the name of Adolph Hitler over the issue of raising taxes on the wealthiest Americans.

But, why do they react that way when they can do all of those things you said they could do with a single billion dollars? Much less, enough billions to float a yacht.

That’s a question being asked more often these days. What are they afraid is going to happen? Howard Schultz founded Starbucks, and is the 280th wealthiest American, according to Forbes. Mr. Schultz was so panicked about higher taxes on the super-wealthy that he abandoned the Democratic Party to run for President as an independent. 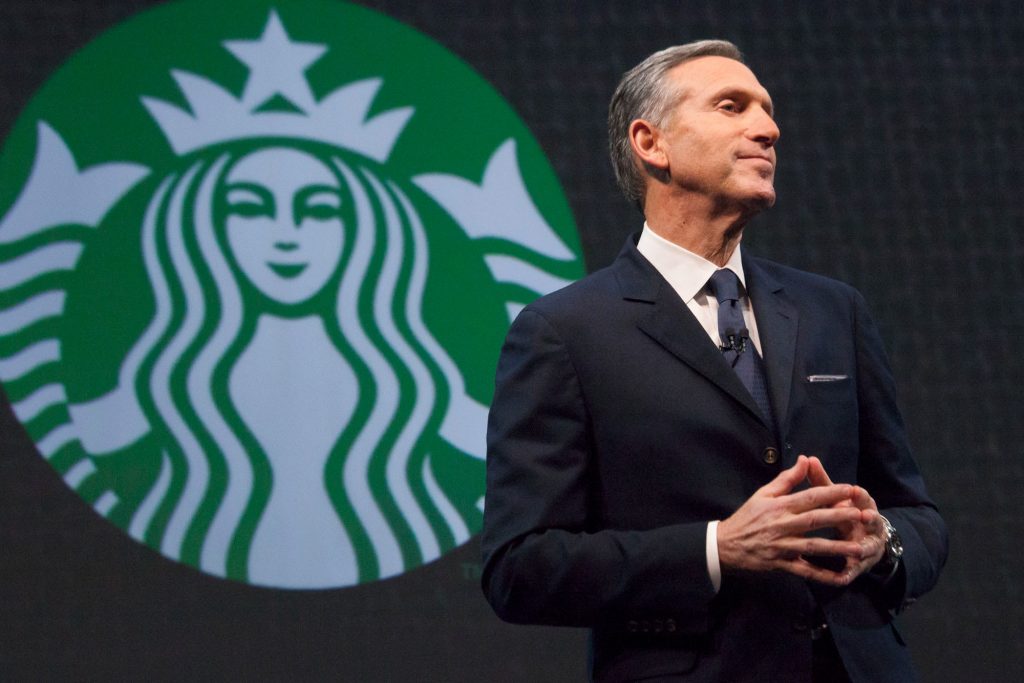 Former Starbucks head, Howard Schultz, one of a growing number of billionaires.

He said that was his reason?

He told CNBC that very thing in a televised interview. Schultz grew up in public housing. He should be an example of how taxes can help to raise the poorest to the top. Instead, he runs for office on a platform of less money for those who benefit from taxes. It doesn’t make much sense.

So are billionaires a net positive, or a net negative?

I think our numbers above showed that no one is missing meals with $500,000,000 in the bank. Anything over that could be used to better life for those who are less fortunate than the Forbes crowd. Our country is 16th in the world in upward mobility, and 35th in the world in infant and young child mortality. Those unfortunate results are directly related to the number of people living in poverty.

Where do we rank in poverty?

The United States is 27th in the world in the percentage of people living in poverty. Those numbers are unacceptable. I would think everyone could agree on that.

We don’t need billionaires for this to be the best and most productive nation in the history of the world. Without billionaires, we could be a nation where no child is without a summer lunch program. Actually, without billionaires, we could be a nation where a summer lunch program wouldn’t be necessary, and homeless veterans would be just a sad memory on our national timeline. The underperforming inner-city schools could be brought up to speed, led by teachers who are adequately paid, and adequately supported.

Aren’t you afraid someone will call you a Socialist?

President Franklin Delano Roosevelt hauled this country out of the Depression, using The New Deal and the power of his personality and charisma. They called him a socialist, so I’m in good company. That’s just a scare word anyway, leveled by people who haven’t taken the time to get into the numbers. You just did, and I’m glad you dropped by, because education, compassion, and action are where change will be born. Gildshire is in favor of all three, but we need to make changes soon. While you were reading this article, the number of billionaires grew by at least one.