Calligraphy, or shodo as it’s known in Japan, is unmistakable. With its swooping black lines, strokes, and curves against clean, bright paper, the characters stand out in both writing and art.  It seems simple, but it takes discipline and patience to truly master this ancient art form. Japanese calligraphy history begins thousands of years ago and remains strong. What’s its story?

Making it their own

Before calligraphy, there were pictographs. These originated from China in the 28th century B.C.E. and expanded from religious purposes to record-keeping. A standardized system was needed, so Li Si, the Qin dynasty prime minister, established four rules:

4) Script must be written from top to bottom, left to right

People followed the guidelines for a while. After the introduction of brushes, paper, and ink, writers adopted more creative swoops and curves. As this change began, China brought their writing to Japan where the Japanese transformed calligraphy into their own style.

The Japanese calligraphy we recognize today began under Emperor Saga. The writing changed significantly from the Chinese style. It was used for official record-keeping and taught in schools. Even while the Japanese government became more militaristic, calligraphy as an art form thrived. During the time when Japan isolated itself from the rest of the world, calligraphy grew without outside influences. Once the country opened back up again, Japanese calligraphy became known around the world.

Today, calligraphy is still doing well. Elementary schools teach the basics, and students can choose to continue studying it as they get older, so the art will continue for generations to come. You can find countless online tutorials and books, if this ancient practice interests you. 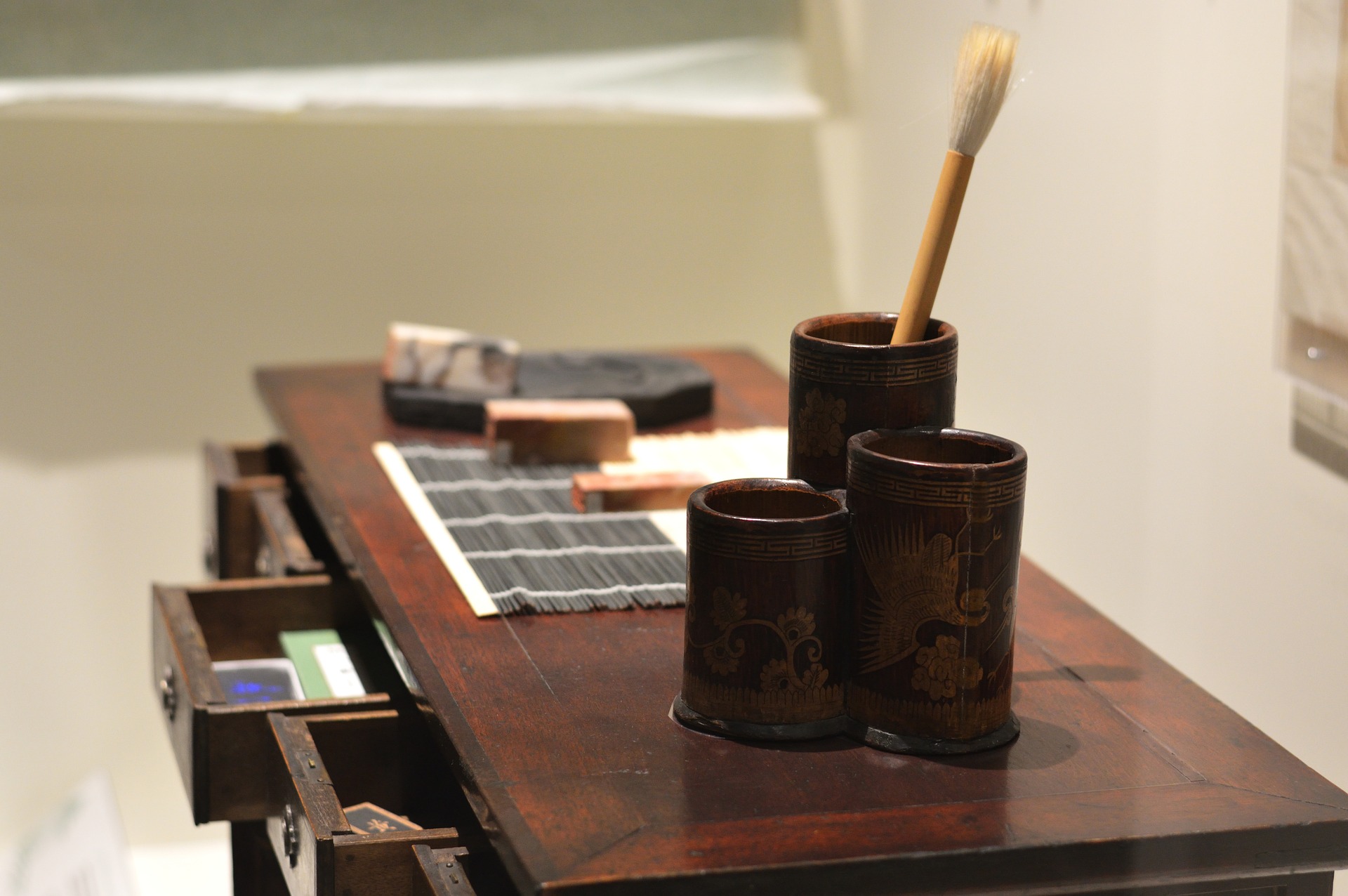 There are different calligraphy styles. The most basic is known as Kaisho. It’s always taught first and possesses a more block-style than the other styles. There isn’t much room for personal creativity. Once a student masters Kaisho, they can move to Gyosho, which means “moving style.” This is more fluid, with the brush ideally never leaving the paper as you’re writing characters, so you’re always in movement. The most difficult calligraphy style is Sosho, and it’s very much like cursive in that the characters must flow together. Zen art incorporates this style the most.

To write calligraphy, your tools are very important. There are four:

The brush – There are two types of brushes, one slender and one thicker. They are usually made from bamboo wood with animal-hair bristles.

Ink – Most ink today is made from pine branch soot. For the best quality, writers use ink soot that comes from the mountainsides of Suzuka and Nara.

Inkstone – This is needed to grind and contain the ink soot, which is mixed with water to create your writing ink.

Throughout Japanese calligraphy history, it had a lot of uses as both a formal way to keep records and as an art form. Geishas, whose historical role in society has been warped by modern sensibilities and cultural ignorance, became masters of calligraphy as part of their training.

The Number of Billionaires is Growing. Is That a Good Thing?