Home » Travel & Nature » The Five Restaurants That You Must Try

Inside our offices overlooking San Diego Bay, Gildshire decided that our readers need some relief from the daily drumbeat of bad news. After all, as our publisher coined all by herself, “This too shall pass.” The day will come again when we drive halfway across the state, just for a good dinner. It was just a year ago that I drove 287 miles for a pancake. Was it worth it? Only if you like the best pancake in the history of batter. That’s the thing about experiences. They are worth the trip if they provide a memory, a best-ever, or a story to tell. Today, we’re going to discuss restaurants renowned for their quality, service, and food excellence. Take a virtual trip with Gildshire to the top five restaurants you must try.

First of all, if you have been to Hawaii and have yet to visit Maui, you’re missing out. Honolulu, in particular, and Oahu, in general offers, what a first-timer needs to see. Namely, Pearl Harbor, Waikiki and, Hanauma Bay. However, Maui is a different kind of experience. Both more laid back, and more spontaneous than Oahu, Maui is a must-see, both for lovers of luaus, and lovers of the road to Hana, one of nature’s most spectacular trips. Count Mama’s Fish House (pictured above) in that list of not-to-be-forgottens.

Fishermen catch dinner just hours before it is served, so meals are island fresh. But, that is the case in other restaurants, as well. It is not the food alone that touts Mama’s fame. Its placement on a secluded beach is part of its allure.

Mama’s opened 37 years ago, and still has traditional Hawaiian vibes. The open-air dining rooms (plural) are decorated traditionally, complete with canoes on the walls. Arrive just as the sun is setting, and the Tiki torches will come ablaze as you peruse the menu.

What do regulars recommend? The mahi-mahi, the crab cakes, and the octopus.

If your favorite places to eat don’t involve valet parking or dressing up beyond a tee-shirt, Prince Street is your kind of joint. New York City has a few Bucket List worthy pizza places, but the locals will guide you here, every time.

The NoLita ‘hood of Manhattan is home to Prince’s, known for “Spicy Spring Pie.” It’s weighed down with thick-cut pepperoni, and fans of it line up from opening to closing. Prince Street Pizza has the best Sicilian pizza in the city, bar none, and that’s what’s up.

Husk opened in Charleston, November 1, 2010, and it has already earned international accolades usually reserved for stately old-school dining establishments. Bon Appetit’ named it the Best New Restaurant in America a year after its grand opening. After that, it was in The Daily Meal’s 101 Best Restaurants in America. Feted by The Diner’s Club as one of America’s top 50 restaurants, Husk’s star continues to ascend.

Owner and chef Sean Brock has capitalized on its fame by opening Husks in Nashville, Savannah, Georgia, and Greenville, South Carolina. But, it is the original location in Charleston that earns our heartfelt praise. Farm-to-table low country Southern food is the bill of fare, but modern takes on dishes like homemade pimento cheese served with grilled crostini, relish, crisp-cooked ham, and chives surprise and delight the palate. Husk fried chicken is famous throughout the Mid-Atlantic states and is always crisp and flavorful. Locals and tourists alike rave about Husk’s selection of bourbons, as well.

Other lists about the top four restaurants you must try often land here, for good reason. The Big Easy is known as a place where the livin’ is large. The jazz, art, parades, and annual festivals make up a party that rarely stops to take a breath. There are actually several fine dining establishments in town and operating nonstop for over 100 years. These include Antoine’s, Galatoire’s, Commander’s Palace, and Arnaud’s. Gildshire recommends, well, all of them. But since we need to choose one, it’s Arnaud’s. Now open for 102 years, Arnaud’s takes up a full block in the famous French Quarter. There’s more than one dining space at Arnaud’s, and a second-floor balcony, overlooking the action below.

Arnaud’s interiors will take a centenarian back to the days of his youth, with Italian tile floors, beveled glass, vintage lights, and fluted columns. Take our word for it. New Orleans is a must-see once in your life, and Arnaud’s is the place to dine when you are here. 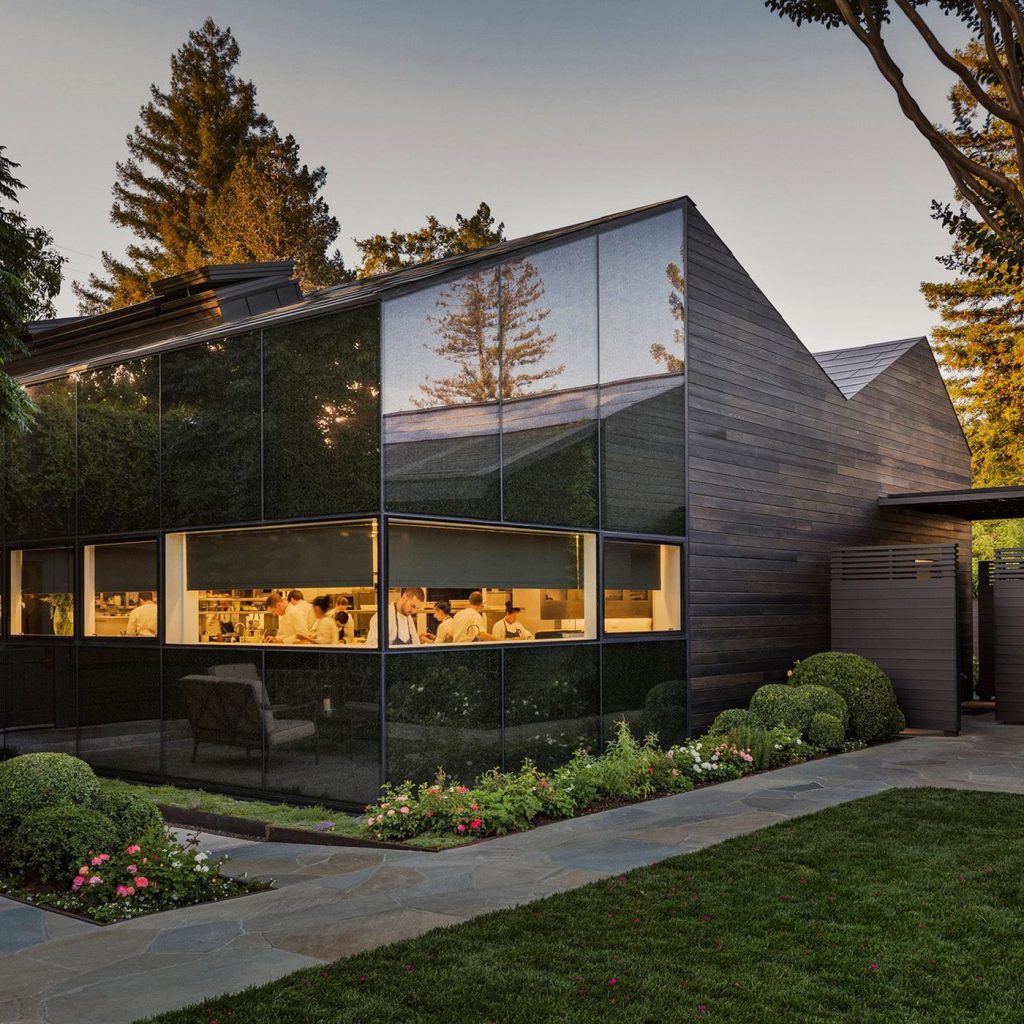 The French Laundry is a must-do while in wine country, and is surely one of the top five restaurants you must try.

The French Laundry is one of the few restaurants in the United States with three Michelin stars, and this place has held that honor for the last 14 years! Chef/owner Thomas Keller’s iconic status wins coveted awards, such as Restaurant Magazine’s Lifetime Achievement Award.

Back in the 20s, this place was a French steam laundry. Now it’s a Wine Country spot for Anniversaries, birthdays, and proposals.

Dinner will last 2-3 hours with a menu based on what is fresh the day you arrive. Most of the produce is harvested from the on-site garden, or nearby trusted purveyors.

We recommend this place as a must-do once, but be warned that dinner will set you back a minimum of $300 per person, and that number can shoot higher if you add delicacies such as Japanese wagyu for $100.

What do the regulars recommend, besides higher education degrees so they can become regulars, or a rich Daddy? A lot of votes for the vegetarian option and any of the desserts. They will comp you a box of candy or truffles on your way out.

It’s a shortlist, for sure, but one you will remember fondly when you complete it. These are the top five restaurants you must try!