The Measles Epidemic: What You Should Know

Home » Healthy Lifestyle » The Measles Epidemic: What You Should Know

Well, friends, we have reached a dubious milestone in the ongoing struggle against measles. Today, the measles epidemic topped the 1,000 person mark in terms of confirmed cases. The once-considered-dead-to-us disease was only contractible if you traveled to a nation less developed than our own. But, that was then, and this is now. The exact total of confirmed cases is 1,022 and counting, making it a certainty that measles will be the medical news of the year. Not a cancer breakthrough, a promising treatment for Alzheimer’s, or even encouraging information about psoriatic arthritis. Measles, the medical story that will mark 2019!

How did we get here?

The measles epidemic is mostly attributed to travel into this country from places with large measles outbreaks. These include Israel, the Philippines, and Ukraine.

I thought the measles vaccination was successful against imported viruses from other countries. What went wrong?

Two things, actually. This particular strain of measles is a particularly potent one. It’s abler than many to travel across the ocean without losing too much of its potency.

Second, of course, is the minority (but significant in numbers nevertheless) of people who refuse to participate in the nationwide vaccination program that is recommended by the American Medical Association, the Centers for Disease Control, and others.

How many of those people are there? I don’t think I know any, personally.

You might not, but they aren’t usually hard to find. Anti-vaxxers are vocal about their out-of-the-mainstream thought processes. 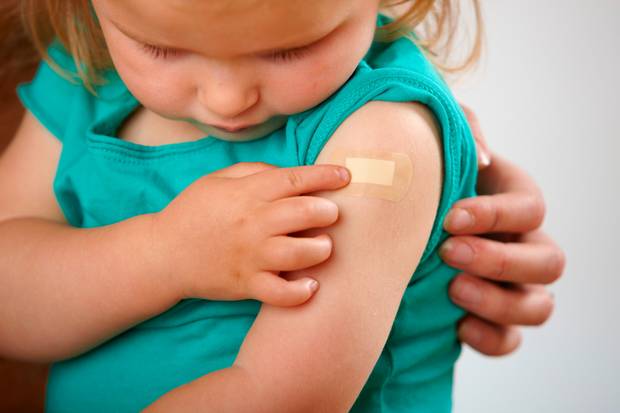 Besides, your child will get a cool Band-aid after!

Why do they believe as they do? Surely, they don’t want to see children suffer and die.

No, they don’t, but their beliefs are firmly held, even as they are informed by pseudo-science, quackery, and even good old-fashioned stubbornness. For example, some adhere to the idea of natural immunity or, in other words, exposure to a disease for the purpose of building up antibodies. Others believe in the supposed connection between vaccinations and SIDS, Multiple Sclerosis, and autism.

I’ve heard that one about autism!

Yes, a few prominent entertainers espouse that one. But the medical and scientific community refute the claims. We cannot state this in stronger terms. There is no connection between vaccines and autism.

Are there other reasons for the anti-vaxxers position?

The anti-vaccination crowd has positions all over the map, but they tend to crumble under the weight of science. The problem is, in tolerating the anti-vax movement, we’re exposing ourselves to other near-extinct diseases. The measles epidemic is the canary in the coal mine!

Mumps, meningitis, and polio could all make a comeback, and there are neither treatments nor cures for these diseases. The only (let me emphasize that, ONLY) proven way to protect your child is with vaccines.

Whew, is there anything else I should know?

I hope everyone who reads this will get their child the vaccinations he or she needs.

That is Gildshire’s hope, as well. The measles epidemic should be a call to action.

Tips for Protecting your Skin from Sun Damage this Summer