Home » Healthy Lifestyle » Why Should We Have Magicians at Hospitals?

According to new research, we should have magicians at hospitals. A program called MagicAid helped reduce anxiety for kids at hospitals and their parents/caregivers by 25% which is a significant decrease. This is something that proved to be helpful to families who have a child in hospital.

Among adults and children, the fear and stress of being at the hospital is more frequent than you would think especially among pediatric patients. Children are scared of visiting doctors for regular checkups. You can only imagine how it feels for them to stay there for an extended period of time.

The findings of the new research suggest that therapy with magicians for pediatric patients has great value to everyone involved, not only children but to those who are close to them as well.

MagicAid therapy is more interactive therapy that uses magic tricks and sessions designed with the goal to alleviate anxiety. This is a non-profit organization that Harrison Pravder confounded. The fourth-year medical student at the Renaissance School of Medicine at Stony Brook University said:

“It is important to develop tools to facilitate coping and encourage distraction for patients due to anxieties associated with hospitalization. Anxiety often arises due to loss of self-determination and separation from home and family in patients, while, for parents, stress is often related to their child’s hospitalization and other concerns such as financial costs, and this stress can translate back to the child.” 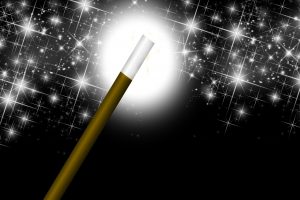 Stony Brook Children’s runs the MagicAid program under the guidance professionals in the Child Life Program.

Pravder found that a great majority of patients and their parents/caregivers are receptive to magic therapy and they are more than willing to participate. Children love magic and their parents love whatever makes their children happy especially when a child is hospitalized.

Researchers evaluated 100 patients who were between 5 and 16 years old and 90 caregivers at the Stoney Brook Children’s. A group of researchers randomly assigned children and their parents to magic therapy and a control group. The session did not include only watching magicians, but it also included learning how to perform a trick and getting a prop to perform magic in front of others.

When they analyzed the results, researchers found that the patients who were part of the magic group had their anxiety reduced by 25% after the therapy. Parents and caregivers saw a reduction of anxiety by 24% after a magic therapy.

The second part of the study included a questionnaire for health professionals in order to assess the usefulness of magic therapy in the reduction of anxiety and how much this program is feasible for the healthcare surroundings and settings.

From the 37 doctors and nurses who were surveyed at Stoney Brook, 98% of participants recommended for the therapy to be part of the study and 97% reported that magic therapy is not causing any disturbance among patients and employees, 81% of physicians and nurses reported that the therapy was helpful to children, while 57% believed that the therapy was helpful to adults as well. Sometimes, all we need to feel good is to smile, and magic does the trick.