Home » Travel & Nature » What To Do In Stockholm

The capital of Sweden and a city with more than 10 million tourists each year, Stockholm is a hub of great views, great food, and fun activities. If you’ve never been to that region of Europe, Stockholm is a good first introduction. What should you do while you’re there? Here’s a list: 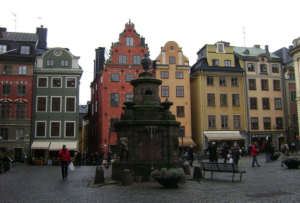 Located in Old Town, an area of the city that looks like it dropped out of the Middle Ages, Stortorget is one of the most popular places to soak in the older side of Stockholm. It’s especially gorgeous in winter, where they hold a Christmas market in December and the square is lit by a fir tree and oil candles. Since Sweden gets cold that time of year, be sure to sample the hot chocolate or, if you’re an adult, a mulled white wine called “glogg.” Glogg is sometimes made from vodka, but it always has lots of warming spices like cinnamon, orange zest, and cardamom.

#2: Discover the gardens of Tantolunden park

This park isn’t that “hidden” because it’s well-known, but it’s quaint and quiet. The park is peppered with tiny colorful cottages, flower beds, benches, and even mini golf. In the winter, you can take a toboggan.

Known as one of the most beautiful boulevards, Norr Malastrand is just part of the Monteliusvagen cliff paff, where you can also see a lake and a great view of Old Town. If you go around sunset or when the Northern Lights are out, it’s breathtaking. 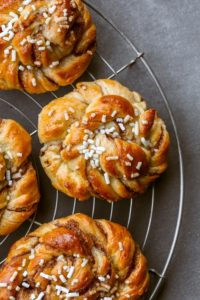 One of the most popular local bakeries in the city, these bakers make a wide variety of pastries and desserts, but the cinnamon and cardamom buns are the stars. One reviewer on Facebook describes them as “crisp and sticky on top, soft and chewy on the inside,” and said she went twice in three days.

If you’re in the city between April and October, you’ll find a host of food trucks along the Hornstull waterfront. Sample food like crepes, fried cod, and even tacos! The waterfront also hosts a market at this time where you can find cool vintage items, clothing, and more.

Modeled after the secret speakeasies of New York in the 1920’s, this cocktail bar sells American-style food and activities like Burlesque Bingo. If you go on a Friday or Saturday, you also get free entry to a Cabaret show.

If you catch a ferry to Djurgarden, you’ll find beautiful forest trails and the Vasa Museum, which houses the world’s only preserved 17th-century ship. The ship itself has a pretty funny story – it only made it a mile from the dock before it sank – but it’s managed to find fame in the centuries since. 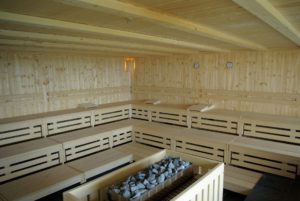 A sauna awaits the day’s guests

#8: Take a dip in a lakeside sauna

It wouldn’t be a trip to Sweden if you didn’t visit at least one sauna. The ones at Hellasgarden can be found in the Nacka nature reserve, where male and female saunas are separated. After your sauna, you go outside and jump into the cold waters of the lake. As a head’s up, you are required to be naked before you can partake.

Stockholm is home to a archipelago of 30,000 islands that extend into the Baltic Sea. You can take a ferry to explore them, where there are beaches, cute hotels, trails, and more.

For more from Gildshire’s online travel magazines, check out this article on the Swedish Museum of Failure, which first opened in Helsingborg.