The 2019 United States Open tennis tournament was action-packed from the first serve to the last volley. Early-round upsets opened the doors for new and up-and-coming players while grizzled veterans strove and survived, or withered and fell to the side. Both the men’s and women’s side of the draw resulted in an entertaining weekend of finals. Gildshire was there with crack photog-journalist Lev Radin capturing the action as only he can do.

The chance to watch Serena Williams make her run through the women’s side of the United States Open has been a treat for hardcore tennis fans. But, the story of this legendary player continuing to build her legacy has captured the hearts and minds of new watchers, as well. When she faced off against newcomer Bianca Andreescu, the crowd was solidly behind Serena. However, whoever said youth must be served must have had a solid return game of their own, as Ms. Andreesscu prevailed 6-3, 7-5. 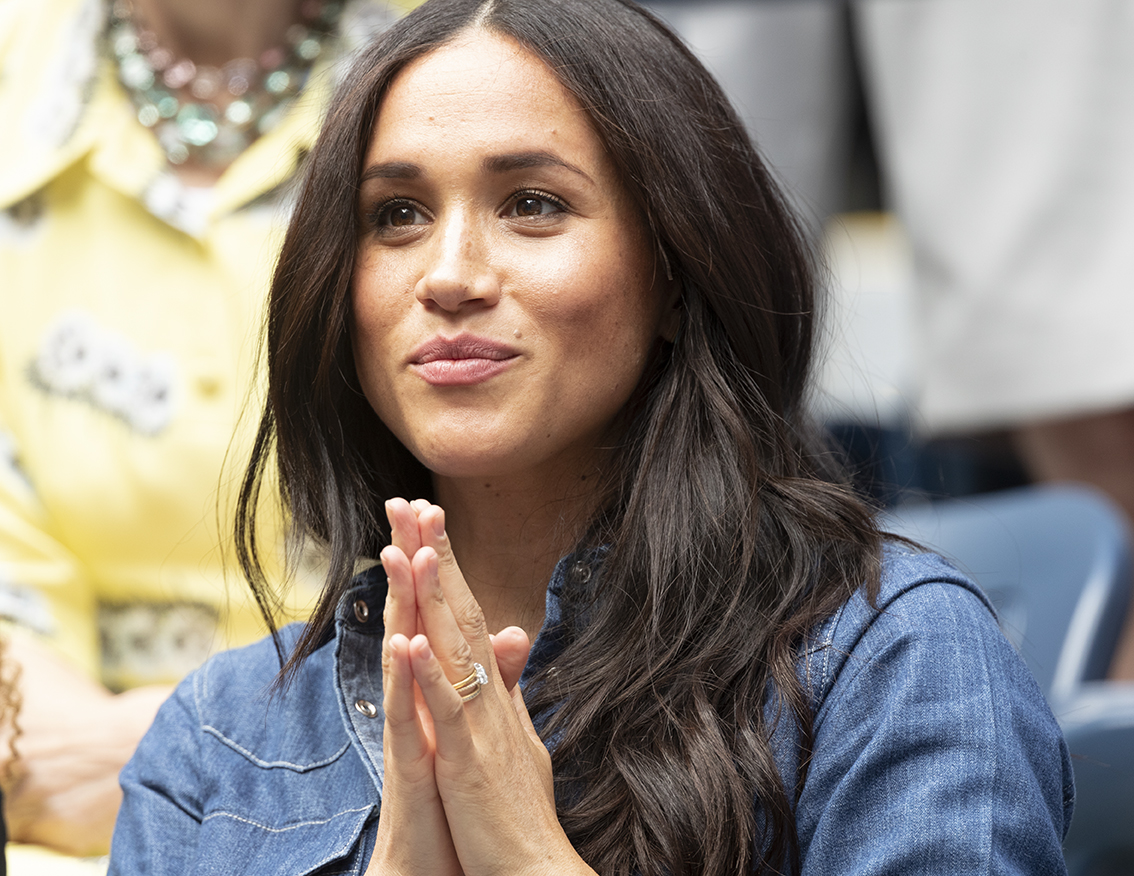 Some of the pundits saw this coming, as Bianca already defeated Grand Slam winners Caroline Wozniacki, Venus Williams, Garbine Muguruza, and Angelique Kerber earlier this year. Needing only to overcome her penchant for unforced errors, Andreescu’s court coverage, and superb repertoire of shots would work to her advantage. Her ability to initiate long rallies is a strength, as well. The veteran Williams was game, but lost in straight sets.

Andreescu has been unassailable this season. Her record of 43-4 and streak of 13 consecutive matches won speaks to her dominance. At Indian Wells in March, Andreescu won three-set duels against then-No. 6 Elina Svitolina in the semifinal. That would prove to be the beginning of a remarkable rise in the rankings. It would also capture the attention of tennis observers. So far, the eye-test has been nothing but winners. 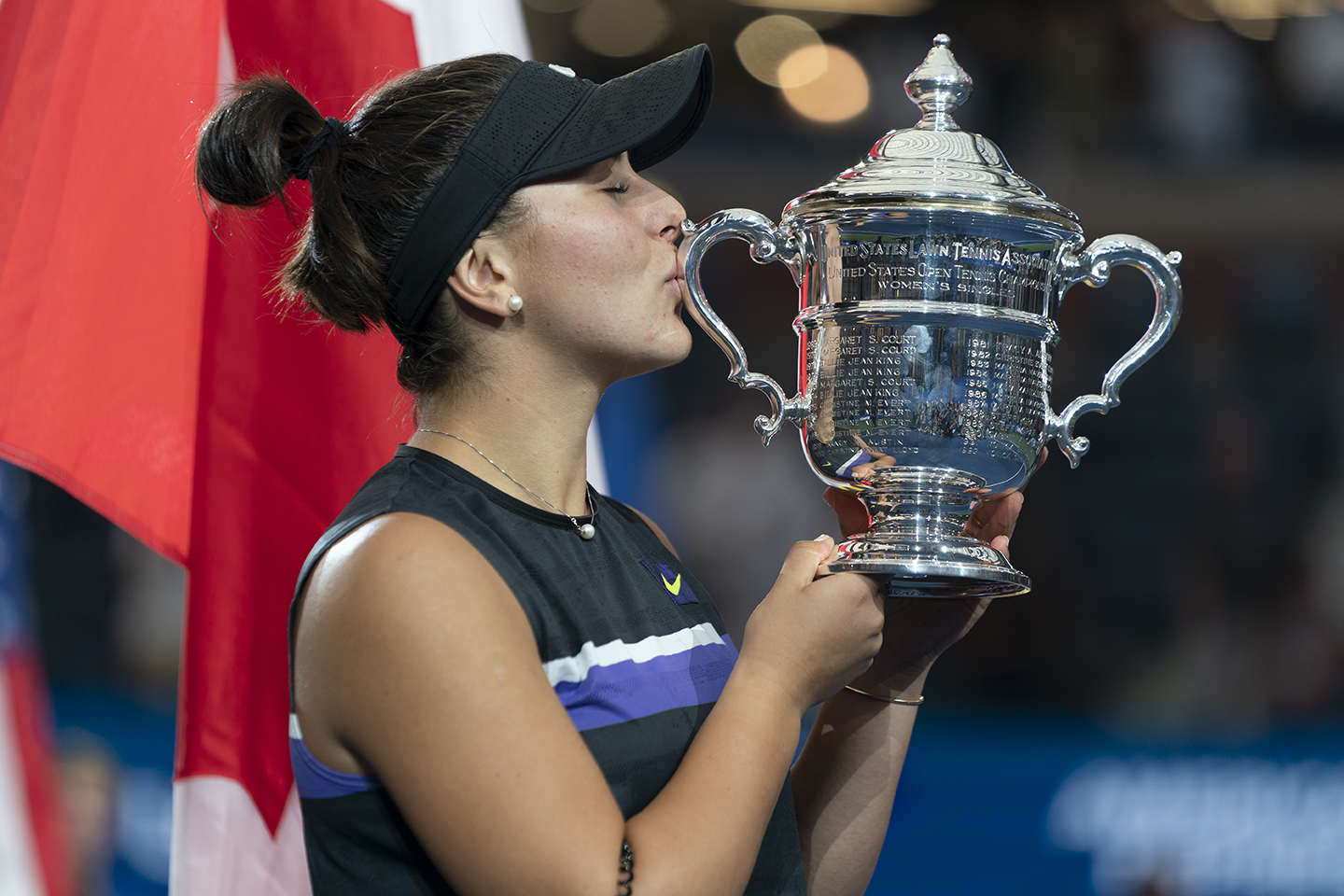 What’s next in women’s tennis? Who knows, and that is what makes this era of women’s tennis so interesting. Will Bianca continue her rise to glory and dominance? Will Serena continue to defy time and make Finals’ appearances? What about 15-year-old Coco Gauff? Or previous Number One ranked Naomi Osaka? Remember her? The next tournament on the WTA calendar is the WTA Zhengzhou Open, starting on September 9. We’ll be watching.

I saw an internet meme last week that showed Rafael Nadal with his feet up on a recliner. The caption said, “Nadal enjoying seeing Federer and Djokovic go down at the U.S. Open.” While it may have set up for Nadal to cruise to an easy U.S. Open win and another major trophy for his collection, the reality turned out to be harder than expected. Yes, Nadal won, but the 7-5, 6-3, 5-7, 4-6, 6-4 result gave the champ all that he wanted and more. But, this win goes next to Rafale Nadal’s titles in 2010, 2013 and 2017, and burnish his legacy as one of the greatest tennis players of this, or any, generation. 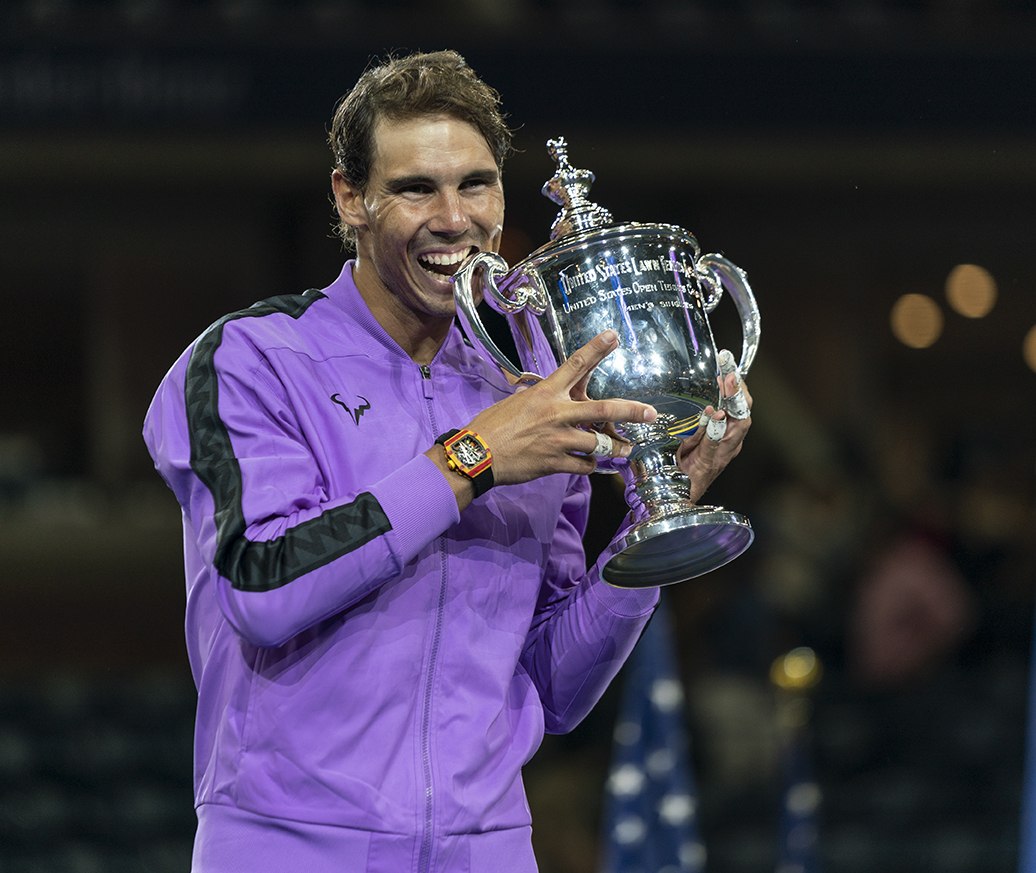 After winning the first two sets, Nadal’s eventual victory seemed assured. However, even Nadal’s most hardcore fans might have doubted when Medvedev, ten year’s Nadals’ junior won the next two stanzas. It is said that the hard New York courts wear out older players when they are forced to go a full five sets. So, when Rafael Nadal pushed Father Time away with a wicked backhand slice, the crowd rose as one to fete the 33-year-old Spaniard. 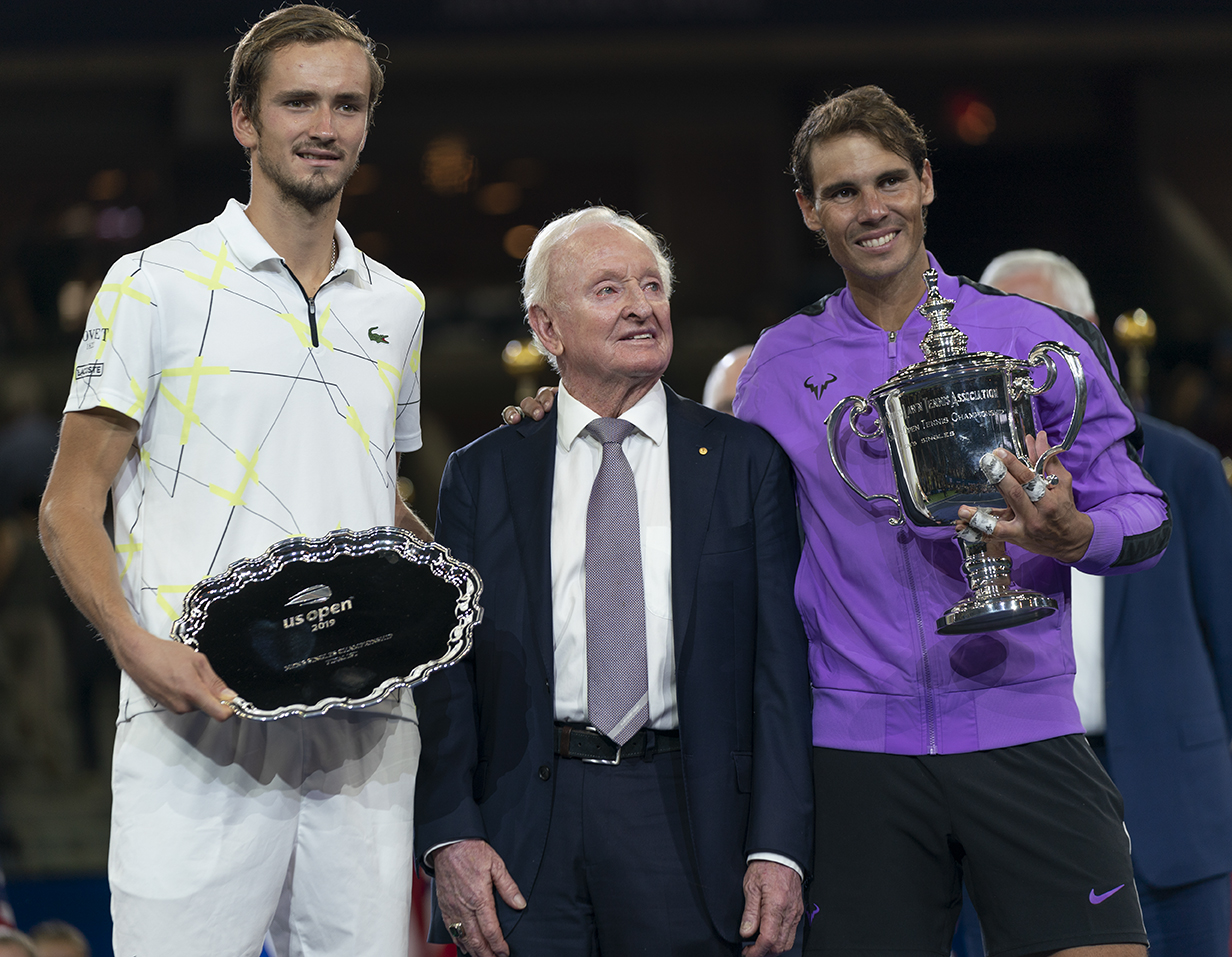 Finally, when the pale pink “Honey Deuce” drinks were finished, the honeydew garnish was eaten or discarded, and the lights were turned off the New York crowd pondered what they had seen. Young players on the rise delight the tennis world. Long, grueling matches, such as the 4:50 men’s final offer bang for the buck. When the Duchess of Sussex showed up, the 2019 United States Open and its star power was multiplied three-fold. It was a tournament for the ages, after all.