Celebrities Who Have Battled Mental Illness

Being famous doesn’t make a person impervious to mental illness like depression and anxiety. In fact, being a celebrity can put unique pressures and worries on a person, while genetics and brain chemistry don’t care if you’ve been in movies or wrote some hit songs. Here are some celebrities who have struggled with their mental health: 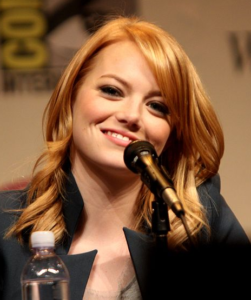 Academy Award-winning actress Emma Stone recently revealed her history of anxiety, especially when she was younger. She described sitting at a friend’s house and believing that the house was burning down. Her panic attacks continued for three years. Acting and performing improv helped her manage her symptoms. Now, she says she experiences flare ups during stressful and chaotic times of her life.

In 2011, life was rough for Catherine Zeta-Jones. Her husband, Michael Douglas, was going through stage IV throat cancer and the couple went through a court battle with Douglas’ first wife. Catherine checked into a treatment center, and was diagnosed for bipolar II. This type of bipolar disorder is characterized by frequent low points, while bipolar I is described as periods of depression and mania. Generally a private person, Catherine has talked about her mental health and hopes to combat stigma, which is especially common with bipolar. It is often misconstrued as a person having “split personalities.” 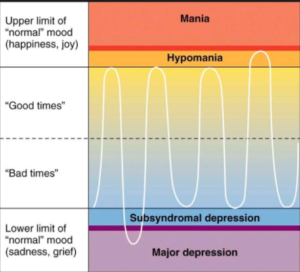 For a young person, Demi Lovato has gone through a lot. In 2011, she received treatment for addiction, cutting, and eating disorders, and was diagnosed with bipolar. She’s been very open about her struggles and works with various mental health organizations. She says that the issue with mental illness is that people often don’t take it seriously because you can’t see it, like cancer or a broken leg. 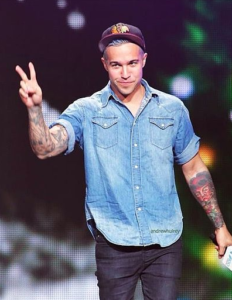 Bass player and songwriter for the band “Fall Out Boy,” Pete Wentz spent years struggling with bipolar disorder. He says the list of drugs he’s been prescribed reads “like a grocery list,” and he once took a handful of pills in an attempt to just shut his mind off. As a father, one of his worries is that his children will suffer from mental health issues, as well.

Comedian Sarah Silverman began suffering from depression and anxiety as a young teenager. She’s described panic attacks as “terrifying,” and while she went through them, she truly believed she was going to die. Her experience with therapists was also rough – one hung himself, and the other gave her such high doses of medication, she felt like a zombie. After finding the right balance, Sarah now uses Zoloft and goes to regular therapy.

Believe you might be suffering from a mental illness?

Go to a website like Mental Health America and get information on all kinds of disorders and how to support someone with mental illness. Getting treatment and finding what works for you is essential to living well with mental illness, which is more than possible.

Research into treating depression has come across a possible new treatment: a party drug.

The Magic of Mochi

Gardening Tasks in the Month of January