Home » Our World » Could The Opioid Crisis Solution Be Hiding In Mud?

The world has an opioid problem. In 2016, almost 30 million people suffered from disorders related to opioid use and hundreds of thousands have died. According a 2018 report from the US Centers for Disease Control and Prevention’s National Vital Statistics System, deaths from opioid overdoses exceeded deaths from oxycodone and heroin. There are treatments, but the world needs strong painkillers that don’t come with all the side effects and risk of dependency. 16 years ago, scientists found something in a sample of mud from Tasmania. Could it be an opioid crisis solution?

Opioids come from poppies and include morphine, methadone, and heroin. For possibly thousands of years, people knew about the narcotic effects of poppies, using opium for both medicine and recreation. In 1803, a German pharmacist extracted morphine from poppies, finally identifying the alkaloid that gives the flower its powers.

It quickly became popular, especially during the Civil War. After the war, returning soldiers remained addicted and eventually, women got hooked, too. This was the first serious opioid crisis. In 1874, an English researcher created heroin,  and in 1898, Bayer produced it as a cough-and-cold remedy.  By 1924, the United States banned heroin, but morphine endured. Doctors still prescribe morphine all the time and it remains the standard for painkillers. Whenever a new painkiller is investigated, its effects are measured against morphine. 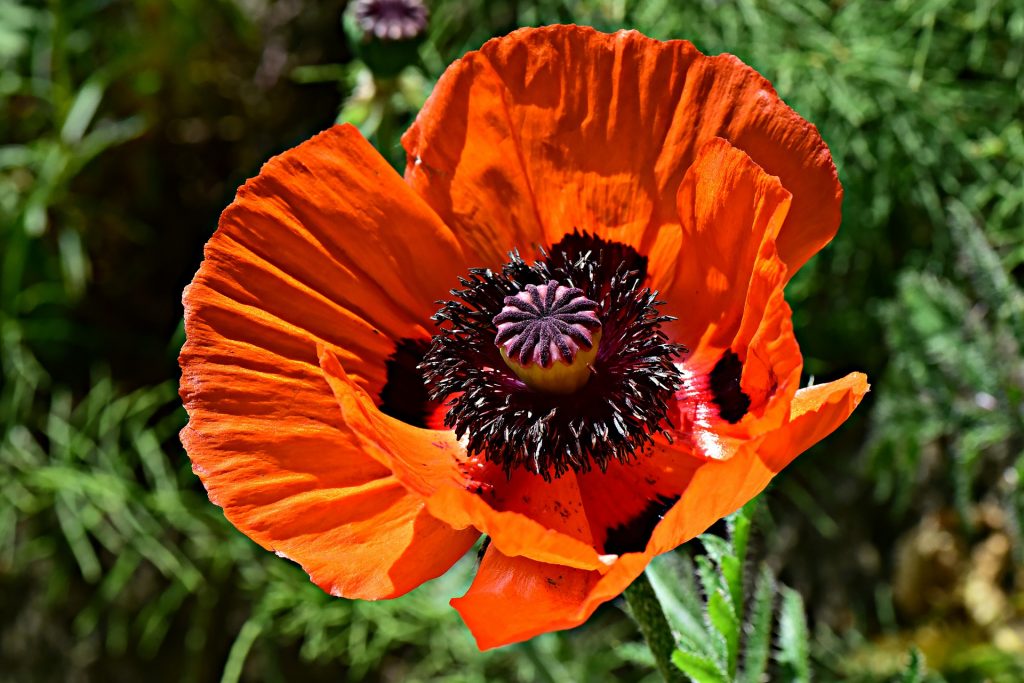 Though effective, opioids are very addictive. When people take them a lot, they also have a tendency to develop a tolerance, so dosages need to increase to achieve the same feeling. Steps to reach an opioid crisis solution include more vigilance about prescribing the drugs, limiting over-the-counter sales, and making it easier to get treatment for opioid dependence.

16 years ago, a professor and his research team traveled to Tasmania. Interested in the chemistry of marine fungi, they found fungi in a sample of mud. Upon closer examination, they noticed a new type of molecule and named it the bilaids. The scientists also saw that this molecule was very similar to a type of natural peptide created by the body to activate the receptors in opioids, thereby easing pain. The professor, Rob Capon, joined forces with Paul Alewood and MacDonald Christie. Alewood worked on the molecule, eventually modifying it so he ended up with a new molecule based on the bilaids, which he called bilorphin. It’s as strong as morphine.

The science behind this opioid crisis solution

What’s special about bilorphin? It activates different opioid receptors than morphine, so while it serves as a powerful painkiller, it comes without the side effects. It’s able to do this because it has a unique structure. In nature, most molecules bear characteristics that scientists call “left-handed” or “right-handed.” They are mirror images. Most natural amino acids are left-handed. However, bilaids – and now bilorphin – have amino acids that alternate between left and right.

The future of pain relief

Researchers from the University of Sydney and the University of Queensland have filed a patent for their new painkiller. This opioid crisis solution represents the most significant advance towards replacing traditional opiate drugs, and the first time something like this has been found in nature. It could save millions of lives.

Antibiotic resistance is a major issue and puts the world at risk for pandemics. New antibiotics are rare, but scientists recently found a new one in a surprising place.