Months before the Tokyo Summer Olympics get underway (coronavirus willing), another Olympiad of sorts is beginning right under our noses. While Tesla sucked the air out of the room with it’s, um, truck thingy, several other companies, traditional and otherwise, are hard at work designing electric pickups. Today, Gildshire looks at the playing field and names the competitors. We declare the Electric Pickup games open!

This company builds hydrogen-powered semi-trucks. But recently, they announced plans for a pickup they call the “Badger.” Nikola boasts that its Badger will have 600 miles of range. These miles will be 50% derived from lithium-ion batteries and 50% from hydrogen fuel cells. The company also plans to build out a sprawling network of hydrogen fuel stations. Coyly, Nikola says the Badger will be manufactured through “a partnership with a major automaker.” The identity of the partner is expected to be revealed soon.

Drawing its name from the city where it is taking over a defunct GM plant, this brand new player is taking a novel approach to electric motoring. There isn’t an engine under the hood at all. Instead, four electric motors are running inside the wheels. It’s a scheme considered by other manufacturers but never successfully implemented in production vehicles. Because of the motor configuration, the Lordstown truck will have plenty of cargo room. They plan to begin producing trucks late this year. Expect a starting price in the low-to-mid 50k range.

This six-year-old company is going back to pick up basics in the design of its electric truck. The Bollinger B2 has been described as looking “like a huge drivable tool chest.” The center “console” is a wooden board bolted to four metal legs. Even the steering wheel looks like a relic from the early 60s. No airbag needed because Bollinger is listing its rig as a commercial vehicle. The starting price is about $125,000 if there are any takers. (Pictured top right above.)

A favorite to medal in the Electric Pickup Games, Rivian has long been expected to rival Elon Musk and Tesla. They certainly have a leg up in the styling department, putting out what is probably the most attractive ride of the lot. The Michigan-based company designed its R1T electric pickup, with a good-sized front trunk (Can “frunk” be far behind in the electric truck lexicon?) under the broad flat hood. The R1T has a tunnel-like opening placed underneath the bed with a door on each side. The tunnel stretches the width of the truck and can be used to keep cargo dry. 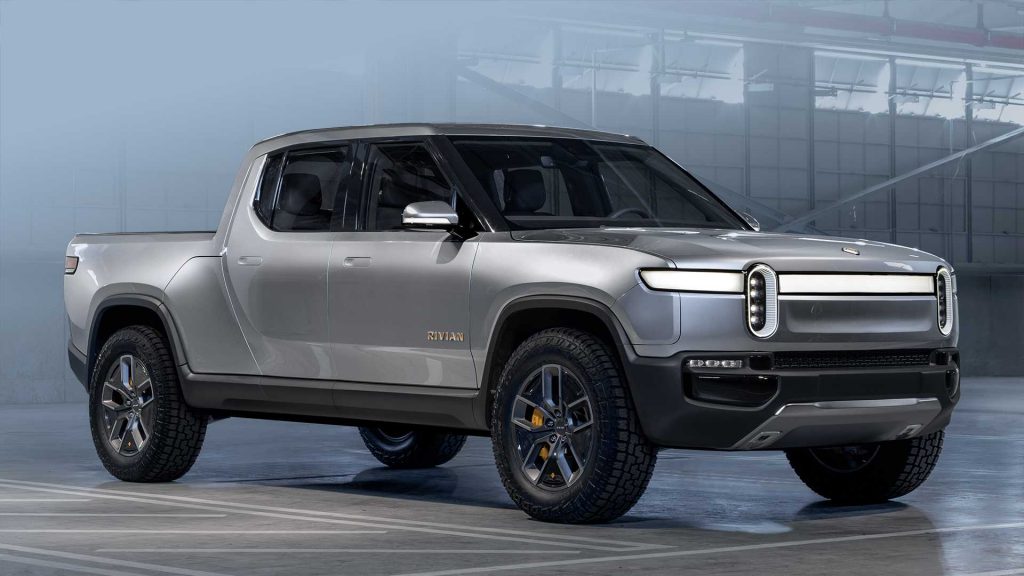 The R1T is an attractive entrant into the Electric Truck Games.

We would name Rivian the clear favorite if not for concerns that the company may be stretched a bit thin. The company is also working on major projects for Ford and Amazon. An electric delivery van for Amazon and a luxury Lincoln SUV for Ford. But, Rivian’s truck is expected to debut later this year. Prices start at $70,000, but that is before federal tax credits lower the total price.

Who will win the gold, silver, and bronze at the Electric Pickup Games? We don’t have that answer, but we do know that the stakes are very high, and to the winner will go the spoils.

How Do We Fall in Love?