Why New Car Sales Are Cratering in the U.S.

Home » Our World » Why New Car Sales Are Cratering in the U.S.

The news is uniformly unpleasant for dealerships in the United States. New car sales are down. Way down, across the board.

Normally, slumps in car sales are cyclical. Ford is down when General Motors is up. Fiat/Chrysler surges when the Big Two slump. Car sales are slow, but truck sales are high! Those kinds of silver linings are hard to spot right now. Publications as wide-ranging and diverse as Bloomberg and CNBC are preaching the same sermon. The new car industry is in a bad state, and the outlook may not improve in the foreseeable future.

Why such dire predictions? Why isn’t this just a part of the circle of life in this industry? There are telltale signs that speak to the issue.

High Prices: Economists are pointing to a specific vehicle when they discuss the sad state of new car affairs in the United States. It may not deserve the scorn it is getting, but the Chrysler Pacifica is the poster child for pricing a vehicle out of range of its target market. 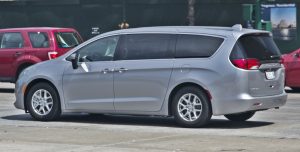 50 Grand! That’s the MSRP for the above minivan. The bells and whistles, doodads and geegaws inside the cabin and under the hood can be justified by the wonks, but Joe and Jane Everyfamily aren’t laying out 50 large for a minivan. The arms race to put more and better gadgetry inside run-of-the-mill people movers is out of control.

The Declining Middle Class: There have always been three classes of car buyer. At the top is the executive in need (or at least want) of the 12-cylinder Jaguar. At the bottom is entry-level, usually early-20s, the buyer in need of basic transportation. The health of the new car industry, however, has always been found in the middle. The upwardly mobile family used to trade in their vehicle every 2-3 years. The family size changed. Or, the income changed. The vehicle situation in the house was fluid. It kept the turnstile at the dealership turning. The middle class is disappearing. With most of the money welded into the pockets of the top 1%, and most of the debt in the brackets below priorities become paramount. One new car dealer said it this way.

“I know that I’m only talking to 5% of the buying public. Those are the only people in new car dealerships.”

Where is the other crowd buying cars? On the used lot or online. 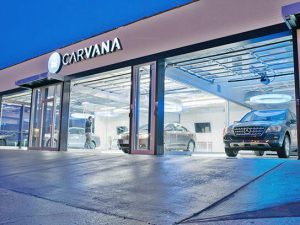 They may look at glossy new car brochures, but they are buying from used car shops.

Rising Costs Elsewhere: Healthcare and student loan debt, in particular, are two areas that have given the average budget-maker pause. An individual under the umbrella of the Affordable Care Act saw premium increases of up to 50% this year. That, along with the excessive amount of student debt recent graduates carry, has dented the budget that used to include “new car” as a line item. Unfortunately, neither category is going to be fixed in the near future. The cost of higher education and the high price of getting sick are in place for the next decade, at least. 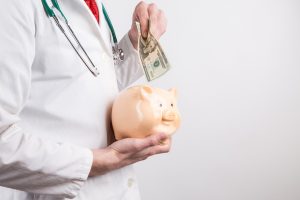 Hey doc, could you leave me enough for bus fare?

Certified Used Cars: In at least one way the car industry has been a victim of a successful campaign. The so-called “Certified Used” program has given the buyer confidence to purchase a car one or two years old. Everyone knows their new car’s depreciated value falls to the street as soon as the car is driven off the lot. The same buyers have heard horror stories about used cars with a certain citrus smell about them. Certified Used programs have helped alleviate the first issue while giving the buyer peace of mind about the second. As a percentage of used cars sold there are fewer lemons now than ever before among cars with fewer than three birthdays and less than 50,000 miles on them. Former new-car buyers are opting for a one-year-old ride instead of a showroom car.

Is the new car sales slump a passing trend, or is it likely to continue? While no one knows for sure the man behind the window at the dealership is about as lonely as the Maytag repairman from 30 years ago.