The Who, What, When, and Why of Modern Art versus Contemporary Art

Home » Style & Creativity » The Who, What, When, and Why of Modern Art versus Contemporary Art

Modern art and contemporary art…what is the difference? Is there a difference? The confusion between the two makes sense; both words mean happening presently, yet they are different types of art.

Modern art is considered to be artwork created from the 1860’s to the 1970’s. Beginning with the Industrial Revolution, modern art is often thought to consist of art pieces that have developed from experimentation. Many artists during the 19th century began to step away from the traditionally religious, mythical, and portraiture content and ventured towards topics of personal interest. The Industrial Revolution created huge changes that affected social, cultural, and of course, economic, conditions of the world. The impact on the art sect was to expand their own horizons by influencing change.

The pioneers of modern art were Romantics, Realists, and Impressionists. Each of these movements focused on depicting the world in a natural, individualistic way. For example, the landscapes painted by Caspar David Friedrich and J.M.W. Turner is representations that capture the visceral feeling each artist felt while viewing that particular scene. Therefore, modern art can be characterized by the artist’s intent to portray a subject as it exists in the world, according to his or her unique perspective. Often, that is accompanied by a rejection of traditional styles and values.

By the late 19th century, additional movements which were to be influential in modern art had begun to emerge such as post-Impressionism and Symbolism. The first decade of the 20th century brought Fauvism, Cubism, Expressionism, and Futurism.

Throughout many of these movements, artists shifted their artistic focus to emphasize the visual sensation of their observed subjects rather than an accurate and naturalistic depiction of them. This practice paved the way for the beginnings of abstraction in the visual arts.  Abstract Expressionism, Color field painting, Conceptual artists, Pop art, Op art, Minimalism, Lyrical Abstraction, Video art, and various other movements emerged in the 1950’s and 1960’s.

In the late 1960s and the 1970s, Postminimalism, Photorealism, Land art, Performance art, and Conceptual art began to attract the attention of curators and critics, at the expense of more traditional media. 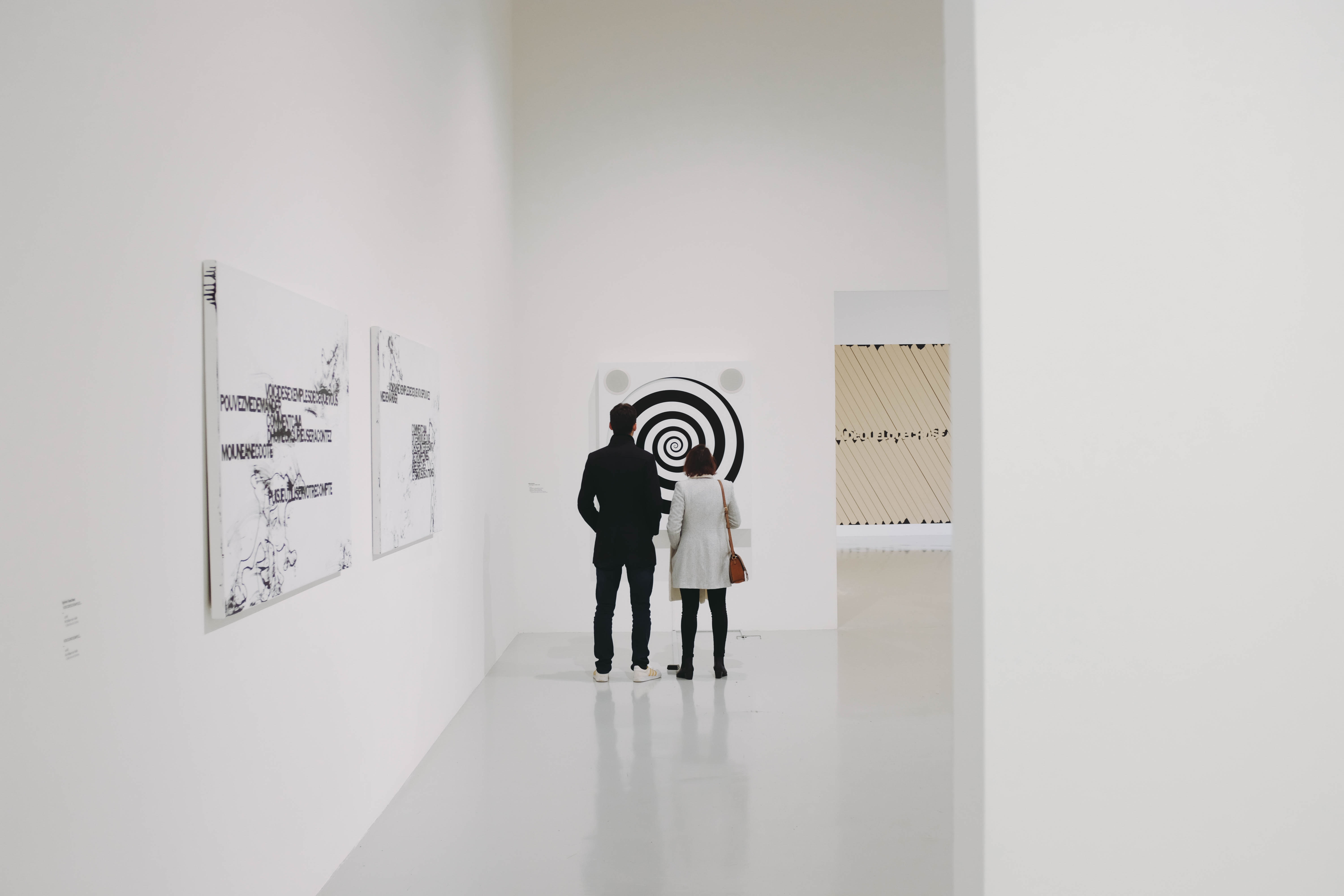 Contemporary art encompasses all art created at the end of modern art (the 1970’s) until the present day.

These movements all contributed to the redefinition of art. Art had been seen as a very simple, one style, for a very long time. Modernists challenged that notion over and over again, continually altering what is considered art and how to make it. They led us to where we are now in artistic history: contemporary art.

Contemporary art encompasses all art created at the end of modern art (the 1970’s) until the present day. Due to the ever changing technological advances and diverse cultures, these artists are constantly pushing the boundaries of what is considered art. The nature of this environment they work in, of various influences from many areas, there is no uniform ideology, or”-ism” if you will, to identify these artists. Contemporary artists are simply just that because they have so much variety and diverse frameworks to work with.

On the other hand, there are a few distinct movements within the realm of contemporary art. Neo-Pop Art in the 1980’s was a rebirth of Pop Art in those artists, such as Jeff Koons, utilized recognizable objects of the time and icons from pop culture in their art. In a similar way to Neo-Pop and original Pop Art artists, Photorealists aimed to reproduce objects, portraits, landscapes, etc., but in a hyper-realistic way. Photorealism, as mentioned earlier, began in the 1960’s, but has continued through to the early 2000’s. Conceptualism is another that began in the 1960’s but became rooted in the early 2000’s and still remains as prevalent today. The notion behind conceptualism is that the idea behind a piece of art is more important than the formal and visual components of the work. Minimalism also is prevalent today, though originally dates back to the 1960’s. These works invite the viewer to respond to what they see, rather than what they think the art means due to the simplistic, abstract aesthetic of the pieces.

Performance and installations art are movements that are immersive mediums. They intend to bring the viewer in an send a message or instill a feeling on the viewer by either the performance or the surroundings, respectively. Performance art began in the 1960’s and is still popular today. It is not to be seen as entertainment, but as a way to convey an idea to the audience. Installation art transforms the surroundings of the viewer and aims to alter their perception of space. Earth Art (or Land Art) is a spin on installation art as those artists use nature to create their artwork. The earth literally gets transformed into something new.

Street Art is one of the most recent movements to begin. With the rise of graffiti in the 1980’s, street artists started using the environment around them to showcase their work. Typically rooted in social activism, artists create murals, stenciled images, written messages, stickers, and installations in public places to make their art seen.

Contemporary art was a result of modern art in that several movements began at the tail end of modern art and persisted into our current time. It is clear that both art historical periods have been hugely influenced by the evolution happening in the world, but also by other movements happening at the same time.