William Shakespeare died in 1616 and was laid to rest in his hometown of Stratford-upon-Avon, at the Holy Trinity Church, ending a life spent reinventing theater and the English language. On his gravestone, the epitaph warns, “Curst be he that moves my bones,” which many attributes to the Bard himself. It seems that at least one person ignored that threat, and quite literally moved Shakespeare’s bones.

For years, there’s been a legend that Shakespeare’s skull was stolen in 1794.

According to an article written in the late 1800’s, a doctor named Frank Chambers unearthed the grave and sold the skull to a politician for 300 pounds. Some experts have been looking for Shakespeare’s skull for some time, and for a while, it seemed that it could be buried at another church. However, closer examination revealed the skull belonged to a woman who died in her 70’s. 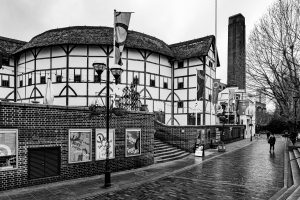 This year, archaeologists obtained permission from the church to use radar to look into the grave without actually disturbing it. The radar works by sending waves into the ground. If there’s something buried, like coffins, nails, and bones, the waves reflect back, creating a map of what lies beneath the surface. It’s kind of like using a metal detector, but for a lot more than just metal. The main reason archaeologists wanted to see inside the grave was to check whether there was actually a body there since there have been rumors that the grave is actually empty in addition to the missing skull legend. Their findings confirmed that there is indeed a body there, which is most likely wrapped in a shroud. However, there’s something crucial missing from the remains: the skull. They also discovered that the grave was very shallow, confirming what the magazine article said.

Perhaps that “myth” of Frank Chambers the thief is not false after all. With no other real leads, but confirmation that Shakespeare’s skull is not with his body, experts and archaeologists have a new puzzle in front of them: where is Shakespeare’s skull?