Gildshire, along with friends from CNN, were anxious to hear about the automotive event of the season. Elon Musk revealed the Tesla truck (pictured above) for the first time on Thursday evening, and the event was an interesting one, to say the least.

We had questions. Would it look like anything else in the Tesla line? What about bulletproof glass? That’s something you will definitely need if someone on Facebook takes REAL umbrage at your post. More on that feature in a minute. What had the crowd riveted in anticipation, though, was the design. What direction would the infinitely quirky Musk go in designing something other than a car or a rocket ship? Would it look like a Dodge Ram, except in electric attire? Would it look like something from Musk’s favorite science fiction movie? That was the buzz in the room, and the answers would come…now!

Wow. “Is this thing for real?” No one will ever know if this was the response Elon Musk wanted, but it was the response he got because this vehicle has no “it looks like” in automotive history.

Pickups have a cab in front and a distinct and separate bed in the back. Not the Tesla, which appears to rise from the ground as a single and seamless unit. Only when the stainless steel top is removed is it apparent that there is a bed, at all. But, there it is. Ready to haul a cord of wood home to the cabin.

Pickups are rugged. Is this one?

No doubts, there! A man took a sledgehammer to the side of the rig without damaging it.

That’s impressive, but the bulletproof piece?

A metal ball thrown at the windows broke them. So, there’s work to be done before this Family Truckster is on the mean streets with the bullets flying.

We have heard so much about the performance characteristics. Are they for real?

The Tri-Motor All-Wheel-Drive appears to follow through on Musk’s expansively grand claims for towing and hauling, as well as performance. It will carry 3,500 pounds, tow seven tons, and do 0-60 in 2.9 seconds.

Yes, and its electrical driving credentials are solid. The Tri-Motor will go 500 miles on a full charge, but base models will go half that many miles.

Those are representative numbers for now, but range records go up all the time.

That will be the case with Tesla, as well. Gildshire expects future iterations of the Tesla truck will add hundreds of miles to those range numbers.

The base version lists at $39,900. In other words, ten large more than an entry-level Ford F-150. But the base Tesla competes with a better Ford than the base model. The Tri-Motor AWD version starts at $69,900.

I have to admit I expected higher prices.

We did, as well, but there is competition on the horizon. Both Ford and GM are developing electric trucks.

You liked that, didn’t you? No, it is unlikely that either Ford or GM will release a pickup that goes 0-60 in under three seconds. But Rivian might!

Yes, they do. But the Rivian pickups look like semi-normal trucks. That matters to some people. 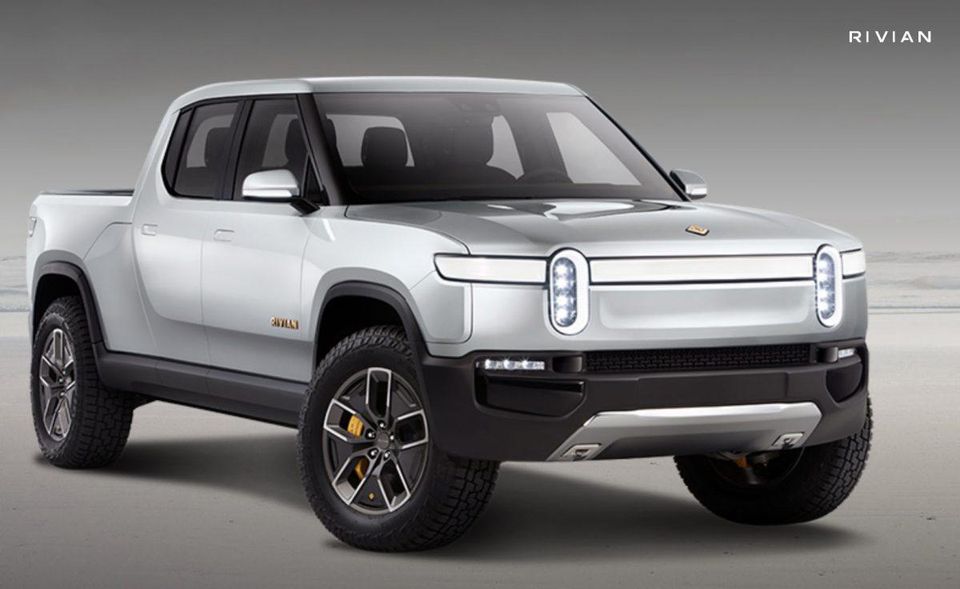 The Rivian and the Tesla truck could hardly look more dissimilar.

So, let’s talk about the elephant in the room.

You mean the styling.

Yes, that. According to industry stats, female drivers purchase a lot of pickup trucks. At the moment, Gildshire can’t imagine one woman buying the Tesla truck. We could be wrong, but that is our initial reaction. Beyond that, the market for this truck is a mystery. The population base for electric cars is concentrated on the two coasts, while the country’s midsection is pickup country. Will the EV folks purchase a pickup? Will the pickup buyers want THIS pickup? The next twelve months tell the tale.

Tucked into Elon Musk’s interview, though, was a revealing statement.

“You know, I actually don’t know if a lot of people will buy this pickup truck or not, but I don’t care. “If there’s only a small number of people that like that truck, I guess we’ll make a more conventional truck in the future.”

Are we being teased with the Tesla truck by an automotive flim-flam man? Time will tell on that question, as well.