Method To The Madness: The Story of Method Home

Home » Our World » Method To The Madness: The Story of Method Home

The tear-shaped, candy-colored bottles are a familiar sight for anyone who shops at Target. The company is Method, and in their relatively short life, they’ve transformed the soap industry from the inside out. Soap is a hard business, because no one really thinks about it very much, and all of the existing companies are titans that have existed for up to 100 years. How do you break into that business?

Eric Ryan and Adam Lowry were two young men who lived in San Francisco. They’d been friends since childhood, and at a glance, were not the guys you would pick to go into the soap business. They described their apartment as a “dirty little flat.” Adam had gone to Stanford to study climate, while Ryan worked as a strategic planner who had done branding for Saturn and The Gap. Together, they realized that while other fields have begun to embrace the all-natural trend, plain ol’ soap was still packed with artificial chemicals with negative health consequences. They had an opening. 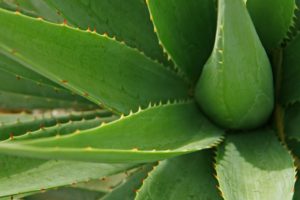 Using old beer pitches, the two began developing new soap formulas. On their website, you can see a list of ingredients like aloe extract, benzyl alcohol, and calcium chloride. Next to the list is a description of how the ingredient effects the environment and your skin. The soaps are also evaluated by a third party before hitting the shelves.

After the soap was made with $90,000 the pair used from savings and gifts from friends and family, they caught the eye of Tim Koogle. The former CEO of Yahoo and other private investors gave them $1 million, at a time when Method – the infant company –  had just $16 in the bank. Next, the pair knew they had to hit the design out of the park to make themselves stand out.

In 2002, Adam and Eric emailed Karim Rashid, a designer, and asked for his help. He designed an unusual bowling-pin shape, which appealed to Target. The company allowed a trial run in 90 stores. In 2003, the now-iconic teardrop-shaped bottles came out. Two years later, Method had $34 million in revenue and 39 employees. 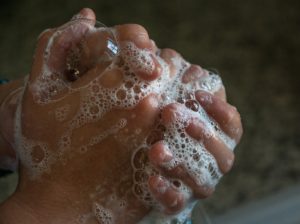 Everyone uses soap, so Method’s market is huge

Through this rapid growth, Method didn’t change their mission. In 2009, twenty Method products earned the Cradle to Cradle certification, which is a quality standard that has five criteria, including carbon management, social fairness, and water stewardship. Method has the most products with this C2C badge. In 2012, Ecover bought the company, merging the two businesses into the world’s largest green cleaning company.

In very little time, Method has changed the $5.2 billion soap industry. You can see other companies following in their footsteps with products like Clorox Green Works, and other companies who existed before (like Seventh Generation) becoming more popular. The secret of their impact might be the risks Ryan and Adam were willing to take. Instead of letting the company grow slowly and naturally, they decided they needed to be bold and aggressive. In their early years, they tried putting out an air freshener, which initially failed, though they’re now part of the product line. Another reason Method did so well it they just seemed fun. The fragrances were unusual and interesting (ginger yuzu, grapefruit, pear ginger, lemon mint), the bottles appealing to the eye, and they had small design innovations like pumps for detergent.

What’s next for the green company? The possibilities are endless. Despite the 2012 merger, Method says it’s still a distinct brand, and that’s held true. Method strives to always improve its eco-friendliness at every stage of production, and as the founders say, “Everyone needs soap.”

Everyone uses soap, but when did that start happening? Read about the history of soap.

Foods You Haven’t Tried But Must Discover in 2018