A Turbocharger to Be Made Available for the Mazda 3

Since the ad campaign where the piston engine went “clank, clank, clank, but the Mazda goes hmmm,” the Mazda has been a top-seller, just a tier below the big boys. Since the Mazda 3’s inception, it has been a favorite among car guys and girls and the journalists who love them for the 3s excellent handling, and attractive styling. But it has been seven long years since Mazda last attempted to battle the hot hatches, such as the VW GTI, with a turbocharger of its own.

It appears that might be changing, though. Internally leaked model coding shows a new “MAZDA3 HB PP TURBO” in dealer systems for the next model year. When asked by phone, a Mazda spokesman said that his company does not comment on future projects. You know that piqued Gildshire’s interest, so we went out looking for reinforcements. Always at the ready to help Gildshire with the research were our friends at Jalopnik and Road and Track. Together we ferreted out the coding questions we all had. Here is what we found.

So let’s break it down, shall we?

“HB” likely stands for a hatchback. The “PP” could stand for Performance Package, but “Premium Package” or “Preferred Package” are conceivable. Since Mazda already offers a Premium and Preferred Package on the 3, those seem more likely.

Here comes the only unfortunate part

The model code tells us the turbocharged engine is paired to the “6A” transmission. That means the new boosted model will only come to customers with a six-speed automatic and no manual. Based on that, and the PP designation, it probably won’t be a turbocharger for enthusiast drivers desiring a hot hatch. Instead, it will be a refined turbocharged powerplant for better-off customers cross-shopping with more powerful and luxurious options from across the make and model spectrum. Unfortunately, the MazdaSpeed 3 that we boy-racers loved so much…this probably is not. 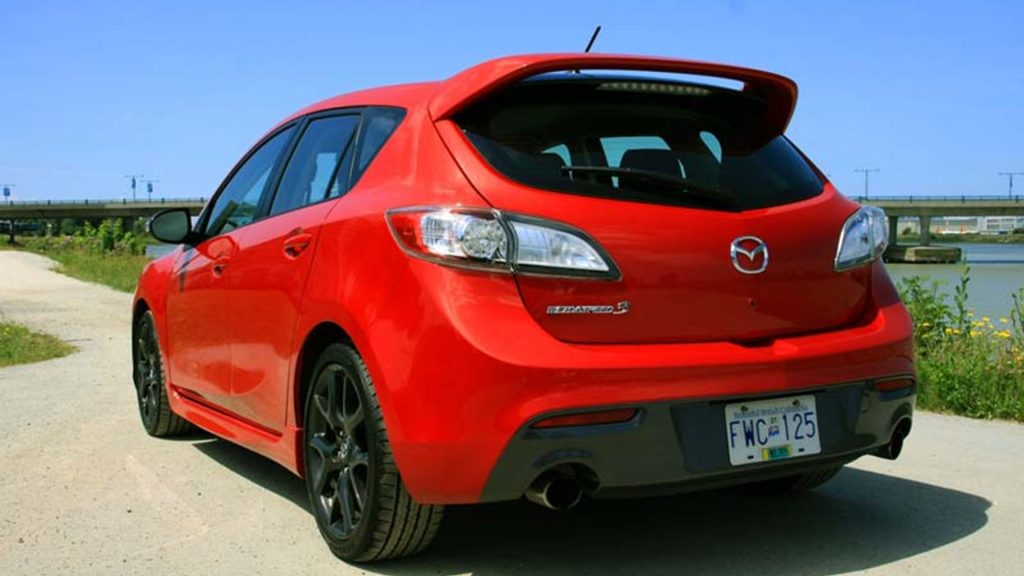 The Mazdaspeed3 had a turbocharger, and that made all the difference…

“There are certainly a lot of us that still want to do something like that,” Dave Coleman, Development Vehicle Engineer at Mazda, told Road & Track last year when asked about a new MazdaSpeed model. “But the more we get the regular cars to where we want them, the less gap there is to what we would want to do with a Mazdaspeed car.”

He continued to say that today’s Mazda is more mature and closer to premium at its base than the company that built the hood-scooped, torque-steering MazdaSpeed 3. But, if the niche ever comes open there are engineers at Mazda who will run through it. Once through, they will create something fun for drivers whose reason for the car is not a loaf of bread.

So, for now, that recurring dream of climbing the Grapevine’s spine in a low gear, with a turbocharger howling. That, will remain just that, a dream. But, Ted Kennedy said it best. The hope still lives, and the dreams shall never die. Such are the dreams of the true car enthusiast.