Humbly, we must admit that it is true when people say that Gildshire is on top of the automotive news like few other malls of magazines. After all, we teased the all-electric Kia Soul in this article, written at the beginning of this year. As it turns out, our reporting was correct, but Kia’s plans have changed as this year begins to wane. The all-electric Kia Soul debut has been pushed back to 2021, the carmaker announced last week. Supply issues and an overall desire not to rush this landmark vehicle drove the decision. So, the public will wait for twelve months. The gas Soul remains popular on these shores, and Gildshire expects the all-electric to do well when it finally arrives.

Why are our expectations for the all-electric Soul so high?

We believe the Soul EV will be well worth the wait for it to arrive in the U.S. It has a range rating of 243 miles or about twice what it’s hybrid predecessor achieved. The new all-electric shares its battery pack with Hyundai’s Kona Electric, and it rates at 201 horsepower. 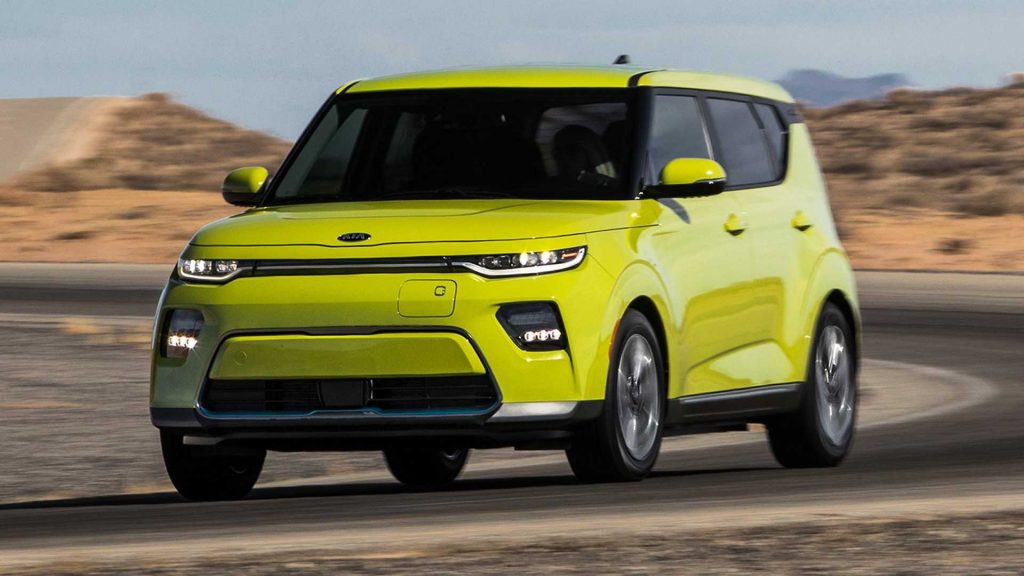 The all-electric Kia Soul (such as this one) will be herein 2021.

But, one other reason for our patience (when that isn’t always a Gildshire strength) is the rumor that Kia might be rethinking the number of states that will receive Soul electric models. Thirteen states were reportedly the original limit. These states includedHawaii, Georgia, New York, and California.

The history of the Soul in the United States.

The Kia Soul concept is credited to designer Mike Torpey. He was new to the Kia design team and went to Kia South Korea to develop a new vehicle with the home office design team. While there, he saw a documentary about wild boars. Torpey doodled a caricature of a wild boar wearing a backpack. It became his North Star in designing a car Torpey pictured that would be popular with urban youth. The home office, as well as KIA USA, began working on the Soul, and the first ones rolled off the assembly line for the 2010 model year.

The 2011 Soul was updated with a redesigned, and easier-to-read instrument cluster, a leather shift boot, and switchblade style fold-in key and remote. Kia was also one of the first car companies to use Smart Key technology, and the Soul was the first Kia to receive one.

The 2013 Soul received three new colors, a bulge in the hood, a revised grille with black accents, LED tail-lights, and front turn signals placed under the headlights. The “Kia” badges on the exterior were changed from raised lettering to smooth integration with the paint job.

Also new for 2013, audio controls were relocated up to the steering wheel. Bluetooth integration became standard across the model range. Upper Kia trims included power-folding heated mirrors with integrated turn-signal repeaters. The display for the sound system was originally a red LED. It was revised to a full range of color just as the 2013 model year got underway.

The changes to the Kia Soul have been mostly cosmetic with one exception. Each year, new options have been introduced for drivers who like what one Kia executive called “a little more scoot under the boot.” As the horsepower limits climbed, the Soul’s target audience grew, and sales numbers reflected that. Hopefully, the arrival of the all-electric Soul will satisfy even more buyers.

How to Lose Weight Naturally: The Breakfast, Lunch And Dinner Diet